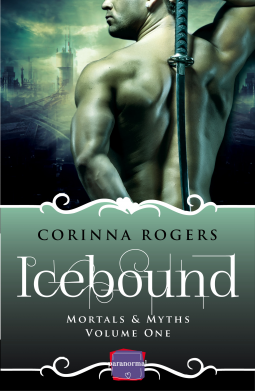 Thanks to Net Galley and HarperImpulse for the review copy.

This was a page turner. Set in a world where magic is a new development, where fae creatures actively meddle in the lives of mortals, Drake and Shane are former lovers turned enemies by the very bond they shared. Faced with a choice ten years before, Shane enslaved himself to the Ice King rather than watch Drake die, but what should have turned him in to an unfeeling automaton only seems to make him a sharper warrior. So why can’t Drake see that?

Drake is tormented by the empty husk of his first and only love, unable to turn him away, unable to take him back, the last thing he wants is for them to work together, but when they learn about an opportunity to save the world… and Shane, how can he refuse?

I admit, I was bugged by the fact that the entire book was written in first person present. It’s exhausting to read for long periods of time, and it’s more than a little disorienting. Other reviewers have pointed out the lack of character development, the terrible dialog, that the author tends to show and not tell. Considering that this looks like it was Rogers’ first foray into full-length monographs, I’m not as scandalized by the lack of proper world-building as others have been.

She has something that kept me turning page after page, bad one-liners and everything. Her sense of narrative urgency is superb, and her sex scenes are the exact right kind of depraved. All the sweet love-making I’ve been reading about lately is nice, but this is the good stuff. The kind of rough and tumble assfucking that warms the cockles of one’s cock. This is not a skill to be easily dismissed.