Conrad Bain, the dad from Diff’rent Strokes (who also was one of the founders of the Actor’s Federal Credit Union) has died. In honor of his memory, I will now share with you the Webster Fetishists story from my days as a Blockbuster clerk. I know, Webster is a totally different show, but just go with me on this one.

Blockbuster is an excellent place to work if you’re the type of person that likes people, not as companions, but as research. If you still find yourself absently wondering about the woman who grew into her couch, all these years after her sad demise (as I do), then you will probably take some small joy from the unique outliers of the species that this type of broad-reaching work can bring you in contact with.

One such unit I like to call The Webster Fetishists. My first encounter with TWF happened to be an average visit, something I would come to find completely normal in my day to day work at what was then my new Blockbuster job. A small black man came into the store and wandered around looking for his rental. Other than being a little person and being a black person (in whitey white Orange County) he seemed initially unremarkable. Until he came up to the counter. Since they’re all closed by now, you may not remember that the counter at Blockbuster was basically designed to be offensive to the disabled and the short of stature. At just under 5’5″, I had trouble seeing over it to the customer side, so all I had in my eye line was hair, forehead, and two small hands with movies. In future visits, when I happened to be on the other side of the counter when he was checking out, I realized that this much was only visible on account of him standing on the extreme tips of his toes.

On this first visit, he did something I came to regard as his routine. After he placed the movies on the counter, told me to hold on and said something about having to “call him in the car.” He then reached into his pocket and produced an almost comically large, old, motorola phone. Even in that early age of the Nokia Brick (best phone ever, btw), this thing was a dinosaur. It was two inches thick had a retractable antenna, flipable mouth piece independent of the light up rubber key pad, and the whole thing wrapped in a specialized leather casing. It took both of his hands to hold and operate. He carefully punched in a number (no phone book in these old things), waited for a brief greeting and the asked quietly if he could rent the movies he’d brought to the counter. Sometimes he got a brief answer, sometimes he had to describe the plot, usually they were all OKed, although from time to time one was rejected. He’d pay with cash, take his movies, and walk into the parking lot where he climbed into the passenger side of a large, old Jaguar. 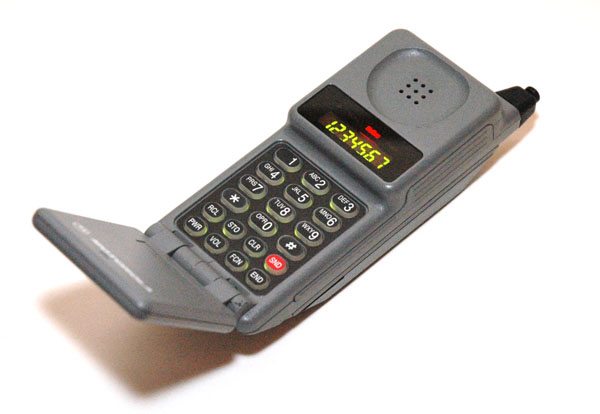 The Motorola in question, in case you are too young. 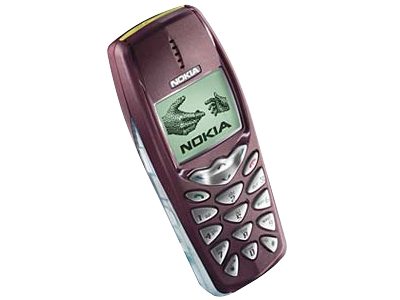 The amazing, hard working, reception-tastic Nokia Brick (before brick was a bad word).

Rarely, another man would come in and use the same account. He was tall, well over 6 feet, pinkey red skin with white hair and a respectable sized older man gut. The two could have been the same age, or the white guy could have easily been as much as 20 years older than the black guy. It was difficult to tell. The white guy was usually wearing a tan wool suit with no tie, and he usually (but not always) took a slim, black, expensive looking cell phone out of of his inside breast pocket and spoke quietly to someone on the other end before checking out his rentals. It took me happening to see him slip confidently into the driver’s seat of the same old Jaguar to go back and realize they were both on the same account.

And just so you don’t think that this relationship is a product of my finals-addled brain, I will tell you about the time they both came in at once. It was raining, it had been raining hard for what seemed like days. It was night, and unusually dark under the clouds. The little guy came in, wandered around and selected his movies. When he got to the counter, he made his call as usual. That particular Blockbuster was never crowded, even on rainy ‘rent a movie and stay in’ type nights, so I had no concern with the time it took to make the call, which in this instance seemed to be quite awhile. There was a lot more discussion than usual, and just as the back and forth became hastey and strained, the call ended and my customer looked expectant, but not at me. Shortly the tall man came through the door looking tired, but not angry and joined the other man at the counter. He picked up the movies, seemed focused on one in particular, an R rated action film that he frowned at. Using the counter and the tall man’s gut for leverage, the smaller strained upwards. He looked up at his companion, said something that I don’t remember, but which was close to pleading, and got a “yes” for his troubles. The older man, having conceded, handed me the movies with one hand draped easily on the little man’s shoulders. They left together smiling.

All told, I worked for Blockbuster 2 years, and in that time I noticed a shift in the Webster couple. More and more the tall man came in, once or twice I got the impression that his companion was sick. I would like to say something significant about their movie selection, that it started to tend toward the fantastical, the type of movies people watch to forget their lives about, but all movies are that way for someone, and honestly I have no memory as to what they rented with the single exception of the R rated action film from the one rainy night when they were both in my store together. As you know, the company crumbled. That small, uninhabited location was one of the first to go. I worked in two other stores after that, but never saw TWF again. I used to joke about what kind of personal ad that relationship got started on, and I honestly thought this post would be something along those lines, but I guess my fingers had other ideas, because it seems like I typed up a sort of love story instead. In the arrogance of youth, I scoffed at the significance of companionship. I thought of myself as an island, and my fellow humans as either competition or congestion. Looking back from not so far away I think that maybe it’s nice to have someone to watch movies with… and to pretend to be a sitcom dad and son while you fuck in the mock-up of a 1980’s living room, 4th wall conveniently missing.

What? Variety is the spice, you guys!