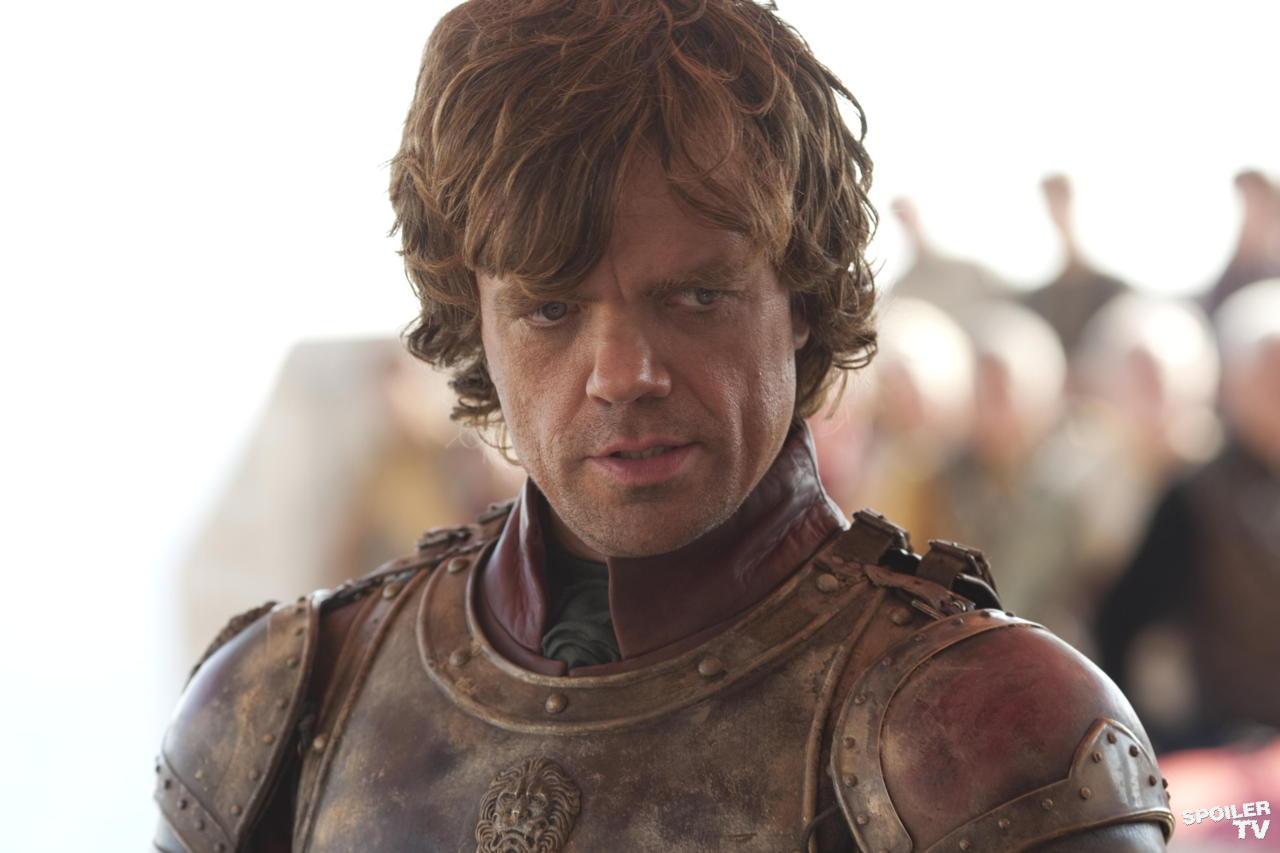 I’ve loved Peter Dinklage since “The Station Agent,” which was kind of a horrible movie in which he had a truly tragic haircut. I like him so much I even watched the American version of “Death at a Funeral” in the theater with about 4 black people and me. It sucked so bad, it was as if we were actually at a funeral. Nobody laughed, nobody spoke. We all just sat there and watched Chris Rock bomb. It would have gone over better if he had sucked a white man’s dick for 70 minutes.

Enough of Chris Rock, back to Game of Thrones… although, since we’re on the subject of a black guy, I should mention that this is really something that bugs me when it comes to fantasy fare on TV and in movies. The exceptions to this rule are growing (slowly), but why is it that the only people who inhabit fantasy lands are white people? Sometimes they are white people with mud or makeup smeared all over them, but they are generally all unavoidably white. The blackest motherfucker on this show is Bastardey John Snow, and that’s only because he’s a goth.

It’s a fantasy land, surely in a world as fantastical as most fantasy lands are, people of color would probably be a thing. Or maybe all fantasy authors have banded together to subtly teach our impressionable young people the true meaning of the fantasy genre: if we get rid of black people, we can have magic. No, I doubt it. Seattle has no black people and if Seattle was so magical, they’d probably stop killing themselves all the fuck over the place.

Anyway, the only interesting Game of Thrones character is Peter Dinklage. However, he is so absolutely interesting and fun and attractive that it totally makes up for every other fucker on screen for that hour.