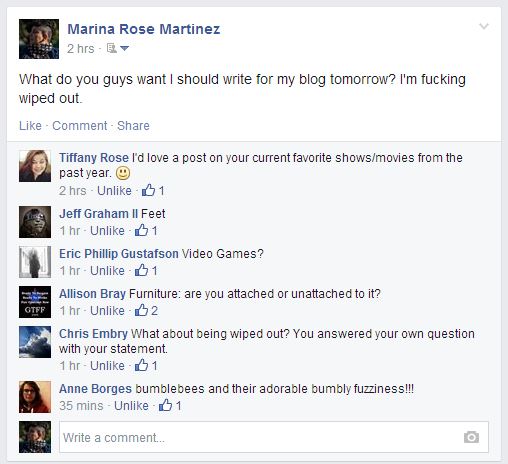 I’m having a hard time with shows right now. They basically fall into three categories.

1. I’m waiting for the next season to come on Netflix or Amazon Instant Video: Arrow, Grimm, Parks and Recreation, Teen Wolf, Archer

2. It’s gotten stupid, and I feel oppressed by my obligation: Star Trek The Next Generation, Deep Space Nine,

We did see X-Men Days of Future Past last weekend, and it was wonderful. I recommend. I also liked Spiderman 2. Andrew Garfield is actually Spiderman, not an awkward, chunky douche in a spidersuit.

Just in general? I don’t really think about them all that often, to be honest. Except when they hurt. I mean, I keep them up, like any other body part, but I have to say they’re not a big part of my life.

Although I once heard a gay black foot fetishist tell Jerry Springer that the reason he liked to suck toes is because he wanted to show his gratitude to his boyfriend’s feet for holding his man up all day long. I thought that sounded nice. I’m still not going to put a man’s foot in my mouth. But isn’t that a nice thought?

ERMAHGERD videogames right now. I’m so dickhard for Dragon Age 3 that I started playing Dragon Age 1 for the third time, But Jesus Hotbutton Christ that game did not age well. Also, when I always make the exact same choices in a game where the choices you make decide the game that you play, it’s not all that exciting. Except that I managed to murder Liliana, which is stupid because that’s the whole reason I played that game again in the first place was to romance her crazy, gay ass.

I have two pieces of furniture that I am attached to, my great grandmother’s dresser, and our bed. All the rest of the furniture in this house can fuck right off. Except that I need it for furniture stuff. And it’s already paid for. So I guess it can stay.

You ever think “if I could just sit here until I calm down, maybe everything will be okay.” And then somebody knocks on the door. And it doesn’t matter if you were sitting there for ten minutes or an hour, you’re just jacked, and it’s not going to stop. So you get up, and you work, and you try to put everything together the way it’s supposed to go, and you mostly do, but you’re still basically not right?

That’s been my week. It all started Sunday night when I stayed awake all night to read, but it wasn’t the book’s fault. I was too amped to sleep. It’s mostly nervousness about money, and jobs.

What heartless butthole-sucker decided that quarterly medical premiums and quarterly taxes were due in the same month?

I’m making a lot of movement in the hopes that it comes back to me, but in the meantime, I feel like Wile E. Coyote just hanging on to thin air. On paper, I look fine. In reality, nothing moves as fast as I think it should, or balances out the way I budgeted for it to.

I’m still fighting with the idea that I can rest when the work is done. Well, when you own your own business, the work is never done. Also, I’m competing with Ben hour for hour. He’s overworking, so I feel like I have to as well. For the entire month of May I lived off my overdraft credit because of late paying clients. Constant client recruiting with no contracts closing is draining the life out of me. 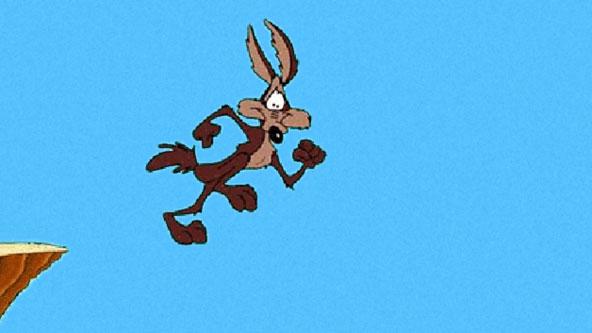 I feel like an addict. Every time it gets like this, I think I’ll stop, go straight, live the cube life like a good girl. Then I go for an interview or some other dumb non-earning bullshit, and I sit in these stuffy, recirculated habitats people call offices and I want to chew my own arm off just so they won’t come after me when I leave. Just today I told a women that I would only ever go full time for a company where the windows opened. And she said “who doesn’t have windows that open?” We were sitting in a windowless closet in a windowless hallway, in an office building who’s windows for sure as hell had never been open before. This bitch got it so bad, she doesn’t even know what the words “open” and “window” mean anymore.

It was like that scene in the horror movie where you realize that the protagonist is the only person who’s not a crazy, drooling zombie. Or whatever. You know those movies. Don’t act like you don’t.

In short, I kind of want to die, but I can’t because I got shit to prove. It’s a damn good thing so many people told me I’d never amount to anything because this chip on my shoulder is the only thing left holding me up some days.

Bumblebees are pretty great. They make me feel better. 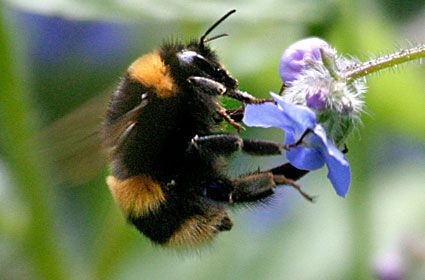