I don’t even think I addressed it when gay marriage became legal in California. Or when it became legal again. As it seems to go with some states. But I talked about it yesterday, so I felt it was only right to go ahead and confirm that the gay marriage ban was struck down, and several Oregon couples will already count today as their wedding anniversary. As if you hadn’t already heard.

Sadly, there was no gay pride in Salem today.

Oh, somewhere in this favored land the sun was shining bright, the band was playing somewhere, and somewhere hearts were light. And somewhere men were kissing, and somewhere children shout, But there was no joy in Salem, because Salem is a fucking shit hole.

I went to get training on a new gig I got, and as I was walking out, I heard Pepper go batshit crazy-butt in the car. Ben and I walked over to see what was up, and this weird, dirty little man-teen was lurking uncomfortably close to my car, holding his hand like he might have just pulled it out of the partially open window we’d left for the dog.

He asked us what her name was, and when I told him it was Pepper, he asked what her tag said, and when we told him it said Pepper, he was like “Nah, what’s it say.” Son, if you are illiterate, it’s probably a good idea to get some trust in your life or figure this reading shit out, because people will be telling you what things say left and right, and if you can’t have faith in the legitimacy of their claims, you’re gonna have a bad time. 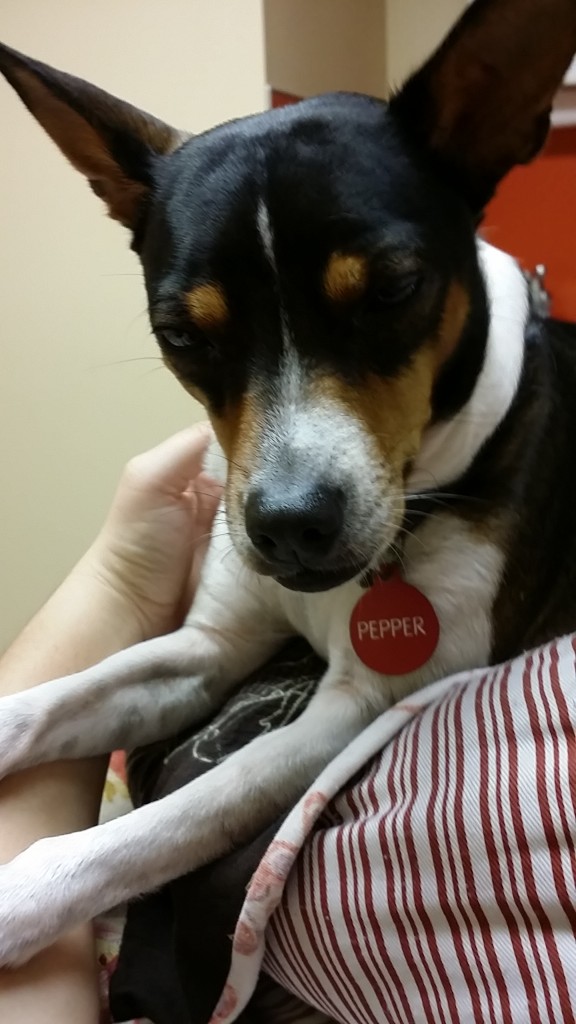 Then the weird-looking fucker asks me for money. Ben was way nicer than I was, probably because he was standing on the other side of the car from this guy. He didn’t get the full benefit of his ookiness from that far away.

Some people are passive aggressive. I like to consider myself aggressive aggressive. I don’t have no money, you tiny, knobby-fingered fool. Stop trying to talk to me, stop touching my dog, or whatever it is you did, and step away from my fabulous car before I mace you in both your buggy, creepy eyes!

Then he said something to the effect of “I guess the dog gets to live another day.” Then I called the cops.

Ben said he also lifted his shirt up and said something about “it all being work.” He may or may not have been referring to his abs. I’m pretty sure he wasn’t packing (in either sense of the word), or that probably would have drawn any part of my attention.