This is one of those things that’s been bothering me for awhile. I try to write about it whenever it seems to flare up, but I’m not always sure what to say when comes right down to it. Every liberal under the age of 30 who spends more than 4 hours a day on social media has experienced something like this. You’re having a convo with somebody online in a public forum. Somebody else comes along and says “Don’t say X, it makes me uncomfortable.” Most of the time my answer is something along the lines of “I’m only joking, come on I don’t actually think that, what do you take me for?” The merits of the ‘I’m only joking’ defense for sexist, racist, homophobic language have been gone over (and over, and over, and over) by much more articulate, less cunty people than me, so I leave that in their capable hands. 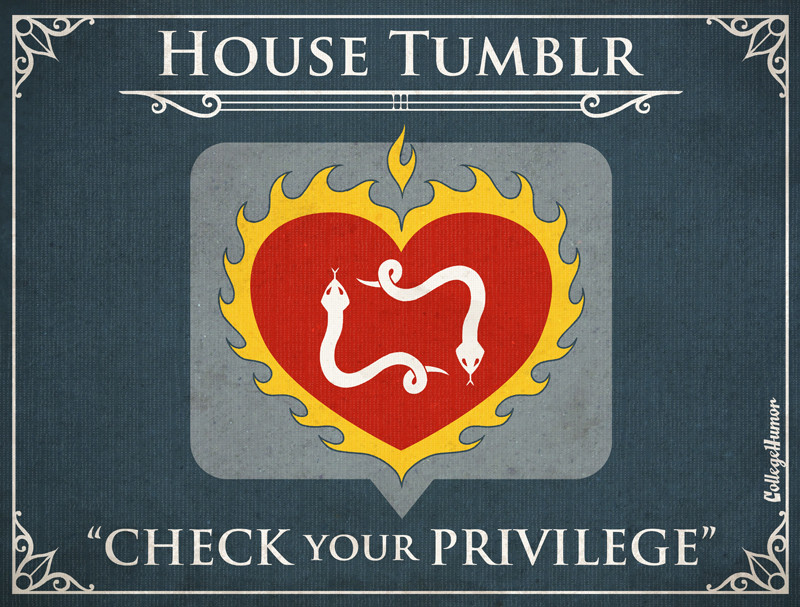 The right answer, the one I did not give (and probably will never give, not because I don’t care, but because I don’t care enough) is to say something along the lines of “I’m sorry I made you uncomfortable, please allow me to delete this conversation and in the future I’ll just say all the racist, sexist, and homophobic shit I want on IM or text message and you’ll never know.” Of course, the last bit is internal monologue. So actually racist/sexist/etc./etc. people can go about their business having been successfully policed into using the right kind of language to make it seem like it’s just a coincidence that all their friends are just like them, think just like them and look like them too. Congratulations person who goes into other people’s conversations on public forums and makes everybody stop joking. No nobody can see them, your activism at least looks to be a success. Are you comfortable now?

But if I’m not a racist (or at least I’m less of one than average, let’s be honest there is a lower limit here), then what’s the harm in me saying the right thing and then continuing to not be a (more than average) racist with my friend in private forums away from situations where we’ll be making innocent bystanders totally uncomfortable? I keep asking myself that. Why not just go along to get along?

I’m really not ok with random people telling me how I should talk on the Internet, on my own blog, in my own space, and in public forums. Obviously I’m not going all over ad homonym attacking people with racial slurs, but I will be making dick, pussy and asshole jokes as I see fit, especially when those anatomical parts can be used to highlight how fucked up a situation is. That’s what I do when something really bothers me. I make a joke. I don’t go running around trying to tell everybody else what words can and cannot be used within my line of sight. I think this comes from my personality, but also from my history of having to solve my own problems and deal with them in my own way in an environment where I could expect no support, and in fact regularly got the opposite of support. 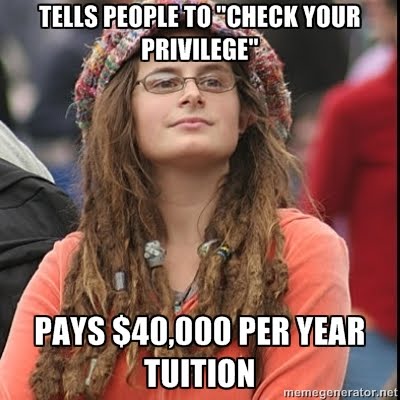 “My therapist said I should ask for what I want, and I want everybody to do what I say.”

Like the majority of people on the planet, I’ve been bullied my entire life. Nothing I ever did was good enough. My speech was wrong, my posture was wrong and I was wrong. It was so powerful when I finally said, to myself, to the bullies, and to anybody that would listen “Fuck you, I do what I want.” Over time I’ve embraced (to varying degrees, depending on the day) my loudness, my fatness and my wrongness. I stick out all over in all the worst places. So what. That’s my superpower, and anybody who doesn’t fucking like it can lick an old, dirty dick.

I spent a lot of good spitfire for a lot of good years telling patriarchy apologists and puritanical busybodies to eat shit when they tried to police my language and my actions. This is my house now. And I’ll be God damned if I’m going to let somebody else come into it and try to accomplish what the entire monoculture could not. I sit how I want, I wear what I want, I’ll fuck who I want, however I want, and I sure as hell will say whatever the fuck I want, whenever that fuck I want, however the fuck I want.

Admittedly, I have at least tried to subdue my total contempt for authority in order to be a good friend, and a good citizen (or at least a better one than I was), but it still really bugs me when people try to police my actions. It also bugs me when people try to police other people’s actions. This blog is a safe space, as is my house, my car and my general vicinity on any given day. I’m not going to turn you away for being who you are. Whoever that is, I’m cool with it as long as you’re not otherwise a shithead. What I am not cool with, however, is being told what to do on my own time. I’m not responsible for the feelings and insecurities of others. I will fight a motherfucker for any person’s right to do what they please as a consenting adult, and I expect the same consideration for myself.

I’ve entertained the possibility that I’m the one being childish here. I said something that hurt somebody’s feelings, and they’re just letting me know. It’s true, this reaction does stem from my experience as a younger person, so there is some childishness in there. Nobody likes to be called on their shit, but I’m not saying fuck anybody that tries. I’m an open book, if anybody wants to talk to me about me, or something I said, I want to talk to them too. What I can’t stand are these conversation bombs that make any kind of attempt at dialog impossible after that, because then you’re just being an asshole by belaboring the point when it clearly hurts this random Internet person to even ask them why the fuck it’s ablism to say that you’re “a basket case” today (true story). I’m not here to hold your hand, Internet. It’s grown up time. Let’s stop this bullshit. We need allies, and all this language shaming is not helping anybody.