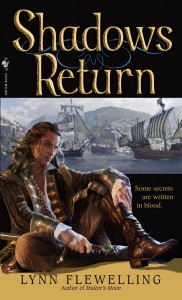 This is the terrible 4th volume in what I think has otherwise been a pretty good series. The Nightrunner books follow spies and lovers Seregil and Alec on their epic adventures in the service of their country, Skala. In this book, the men are ambushed, taken prisoner, separated, and sold into slavery with no idea if the other is alive or dead. Scary, creepy slavery in a country where more slaves are castrated than not, and having other vital bits cut off is a regular form of disciplin. I think Lynn probably wanted to turn the screw for her long time readers in order to keep the magic alive, but she turned the head off the thing, because I can not handle it.

Also, Alec and Seregil whining about how life has no meaning without each other gets tiring after awhile. I might actually skip this one and start back up with the next. This is the lowest rated of the boys, and I wouldn’t be the first person to give up on this particular volume. 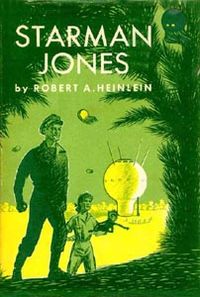 STARMAN JONES by Robert A. Heinlein

I’m not entirely sure why I abandoned this book. The writing was good, the narration was great, and the characters were mostly interesting. I think I just didn’t care enough about them. The basic plot is that a more than meets the eye country rube teams up with an affable con man and has a space adventure. There’s a sweet little alien called a spider puppy, and there may or may not be a girl, I wasn’t really that far when I stopped reading.

I think Heinlein lost me at the spider puppy. In real life, I love adorable creatures. In books, I hate them. It is a classic author move to drop in a fuzzy needy thing to amp up the tension, or to be comic relief, or to advance the plot in stupid ways that none of the sentient characters would ever allow to happen on their own. I have no idea if this is what actually happens with the spider puppy, but I’ve seen it enough, that I don’t care to find out. 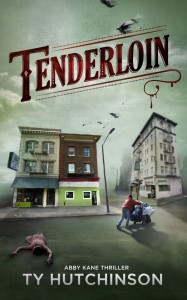 I wanted to like this book. Like other books I’ve reviewed on NetGalley, I didn’t realize that it was a number in a series, and not the first or a stand-alone novel. I actually talked about it before, in a post called Free Book. Cannot Finish. What Do? The shame spiral I mentioned in this blog is that FBI Agent protagonist Abby Kane is absolutely everything I love in a lady detective: gutsy, smart, funny, realistic, and commanding.

Except when, for no apparent reason, she’s totally not, and is, in fact, incompetent. When we first meet Abby, we’re about to see her catch a man who has eluded her from her first days with the FBI, a notorious white collar criminal who she not only gets swooped away from her by a snappy new agent, but who she then watches hang himself from his own roof. In a building in San Francisco. Where she lives. So he was right under her nose and she had to have some other agent randomly come across the bastard after she’d spent years tracking him, only to have him kill himself, depriving all but the devil the privilege of claiming him.

In a flashback, we learn that before she was with the FBI, she was a police detective in Hong Kong where her new husband was murdered and she was unable to find his killer, so came to America for a fresh start. Then on a case in Colombia, she sees a strange man struggling with the door to the FBI office and lets him in, even though he produces no ID and, as it turns out, carries nothing in his briefcase except a gun and a pile of old newspapers. She shoots him dead when he finally does attack her, but Jesus, how did you not see that coming?

I want Abby Kane to be awesome, but 25% into the book, she’s done nothing but fail. I just couldn’t handle it anymore. Maybe readers of the first Abby Kane story will come into number two with a different perspective on her ability to get shit done, but that was it for me. I had to drop it. 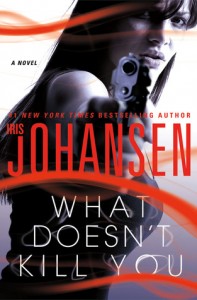 WHAT DOESN’T KILL YOU by Iris Johansen

I just couldn’t get behind this protagonist. Her shit was ridiculous. Her story, in a nutshell, is that she’s been alone on the streets of Hong Kong since she was four years old when her hooker mother died of a drug overdose. Despite what would amount to crippling neglect for any other kid, by the time she’s 14 she’s an information kingpin, karate expert, FBI informant. By the time she’s 30, she’s a super spy with powerful friends and just as powerful enemies who’s single defining feature is that they all want to fuck her. Because this bitch isn’t just hot, she’s preternaturally hot. Nervous subordinate agents put their lives and their careers on the line just to sexually harass her. Shitty CCTV black and whites of her face cast in shadow give gay dudes boners. (This is only slightly exaggerated.)

Fortunately for all the men in the known world, a kidnapping/rape situation when she was twelve gives this expert marksman, hand-to-hand murderer, multilingual babe-o-rama her one and only flaw: she’s totally scared of the dick. She’s dick shy. What a damn shame, the lady is frigid. But a dangerous assignment to save her oldest friend from himself may result in the romance that her rape-shy body has been craving.

Enter (literally, through breaking and entering, which seems like a damn dumb thing to do to a fucking superspy) friend, rival, and unrequited love interest, fellow mega-awesome superspy dude bro to “assist on the case.” You’ll notice that I haven’t mentioned anybody’s name here, and that’s due to the fact that I have forgotten and I refuse to look it up because I NOPED out of this novel the second the phrase “she could feel the taughtening of her breasts” was uttered.

I already knew I was not okay with the rampant disregard for anything resembling reality checks, the misogyny was pissing me the hell off, but the point at which I knew there was no return was when the author, who has a girl’s name, and should probably know about this stuff, obviously had no idea how the female sexual response even works. I’ve never thought “oh, my breasts are feeling taught, I must be aroused, and this man who broke into my extremely secure hotel room in the middle of the night and started a conversation about how I sleep naked must be the cause of it.”