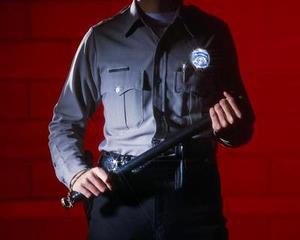 This could easily become a 99 percenter rant about how the cops are employed, not to make your life better and safer, but to protect the status quo at all costs and that if you find yourself being detained by the police then you are obviously not the people they are protecting. But really, aren’t we all just insignificant little teeth on one of a million tiny gears in the clockwork of this nation’s ever-widening rich/poor gap? I mean, I pay my taxes.

Anyway, massive economic imbalance aside, the police are not your friends because they are literally not your friends. Y’all don’t know each other. Even if you knew that person before they became a cop, you are now simply acquainted with an individual with an obligation to something larger than friendship. Don’t make a man (or woman) choose between you and their livelihood. If you’re into illegal shit and you have a cop friend, either ensure they’re on the take (just kidding, don’t break the law), or get away from them.

When you see the police, you should exit the scene. It doesn’t matter if you’re not doing anything illegal. If the cops show up that means somebody in here is, and the police are not superheroes. They have no idea who the guilty party is. It might as well be you if you look good enough.

A cop is just a person trying to get through their workday. The longer you hang around, the more likely it is their attention will fall on you. The harder their attention falls on you, the worse your experience is likely to be. If there are a lot of other things going on, the officer may become flustered or feel threatened, and he (or she) might shoot you or your dog. He (or she) has no way of knowing who you are, if you’re armed, if you know krav maga, or anything. This is an armed person, they are working in an industry where the majority of interactions they have are with criminals or suspected criminals, and others of their colleagues have killed people just like you for exactly the same amount of shit you’re doing right at this very second and not been prosecuted for it. It’s understandable that they would take the most direct action to ensure their own safety to the highest degree. So you’d get killed because you just had to stand near a cop. Don’t be stupid, get out of the way.

The majority of law enforcement officers are good people. Just like the majority of humanity, but how do you know the next cop you see isn’t one of the bad ones? So whenever you have the opportunity to not be where police are, I suggest that you take it. For your own safety.