In light of recent events, I wanted to bring this out. You may remember this graphic from August 2014, the height of the Michael Brown controversy. 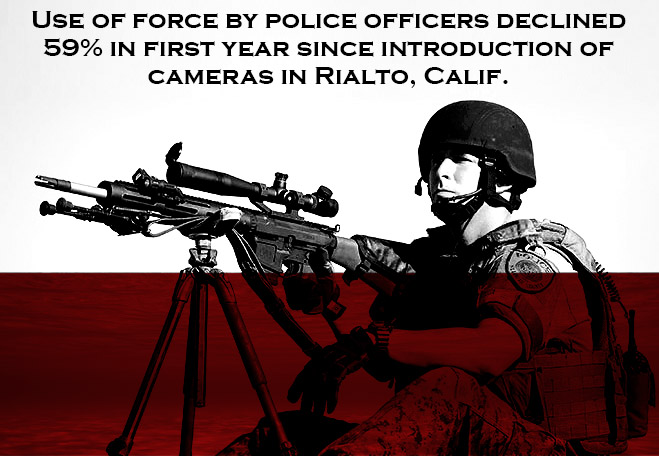 There are forty-five minutes missing from Freddie Gray’s day, before witch he was alive, and after which he was suffering from the severe spinal injury that he would eventually die from.

So far, Baltimore PD claims to be investigating Gray’s death, a process that would be so much easier, and have much better consequences if the officers had only been wearing body cameras.

Wearing a body camera isn’t only to convict dirty cops of their crimes. It’s also to protect innocent cops from the crimes of dirty cops. How much damage and how many injuries could have been prevented if the public perception of the police force wasn’t a solid blue line of corruption and protection for that corruption?

What if these officers are innocent? What if they didn’t do a thing to Gray? Good cops should be ecstatic advocates for cop cams. If these men are innocent, body cameras would have exonerated them. As it stands, there are forty-five minutes in which they were the ones with the motive, means and opportunity to murder that boy, and the court of public opinion has already tried them, as well as the entire municipality of Baltimore.