You know what being an adult means? It means being able to choose what you want to invest your time and money on.

So we decided to invest ours in toys. As did a few others of our friends. 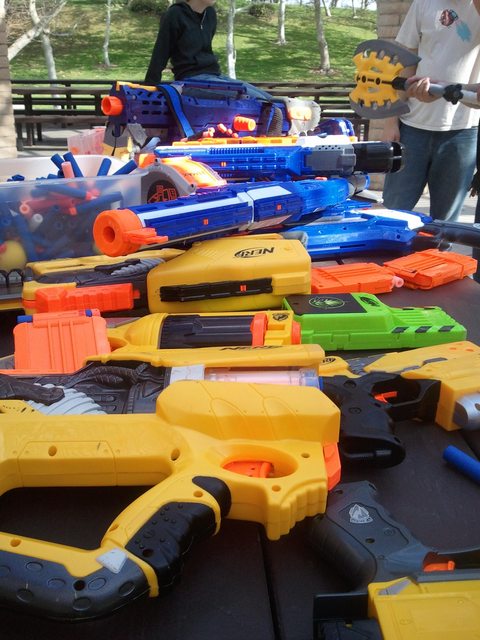 Whoever said that being a grown up wasn’t going to be fun is a God damned liar.

And it was an awesome idea. 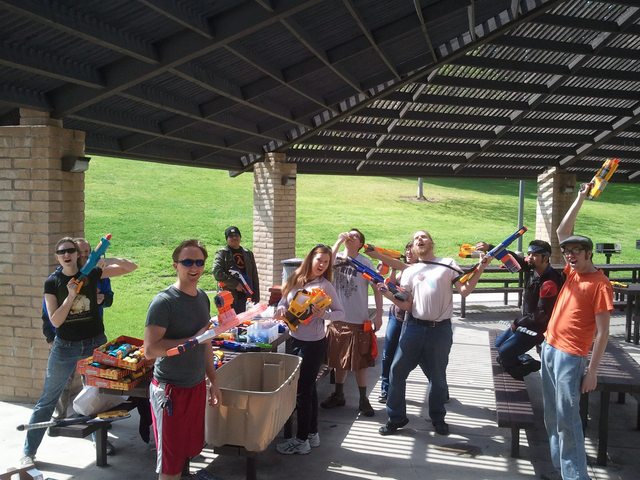 Last Saturday, Ben and I and about 10 other people went into a random Orange County park as weekend warrior 20-somethings, but we left as men. Old men.

We played a sort of every person for themselves round in the beginning. I ended up being in the final two, mostly because I spent the first crucial seconds of the round hiding behind Ben. Then we played three rounds of capture the flag. 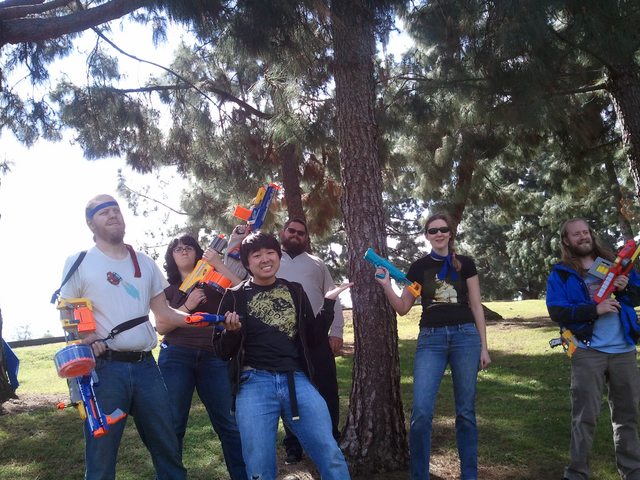 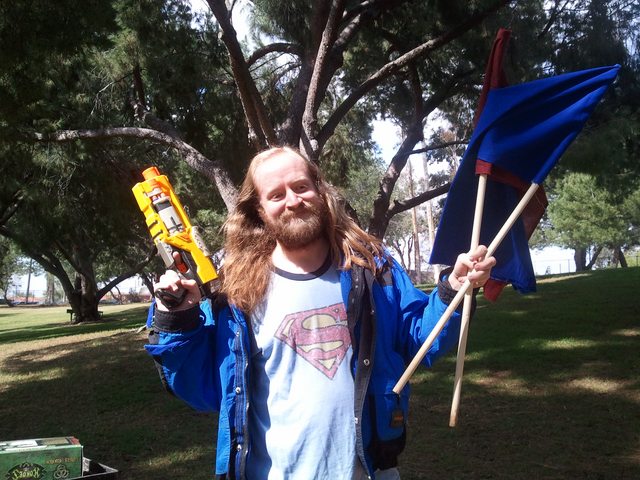 Blue team captain and the spoils of Nerf war.

Then we played defend the core. 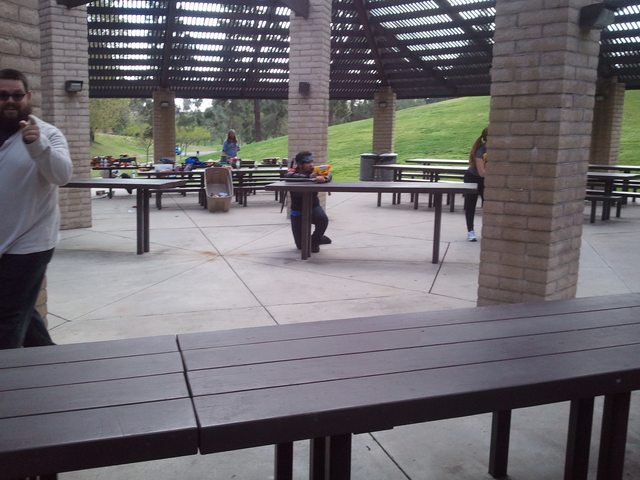 Here’s Ben telling me to stop taking pictures because I’m about to get shot.

Then we played a Hunger Games inspired thing that involved starting out unarmed, making a mad dash for the guns, and mostly getting shot before you ever lay finger on weapon. 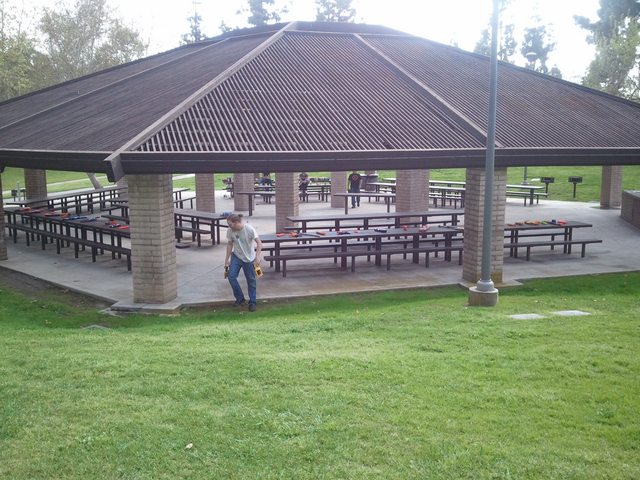 Anyway, we burned about 1,000 extra calories each, and then we ate them all back at the mall food court. My back and legs still hurt and I get up from my chair like an arthritic whore. All in all it was an incredible time. I look forward to the next war. 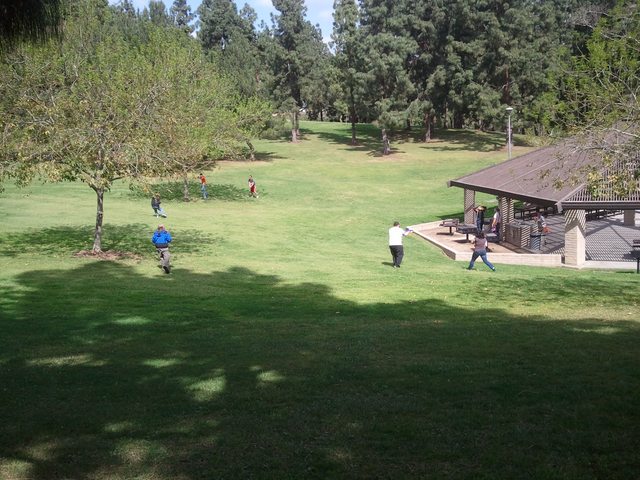 A shot of the general layout of our warzone. 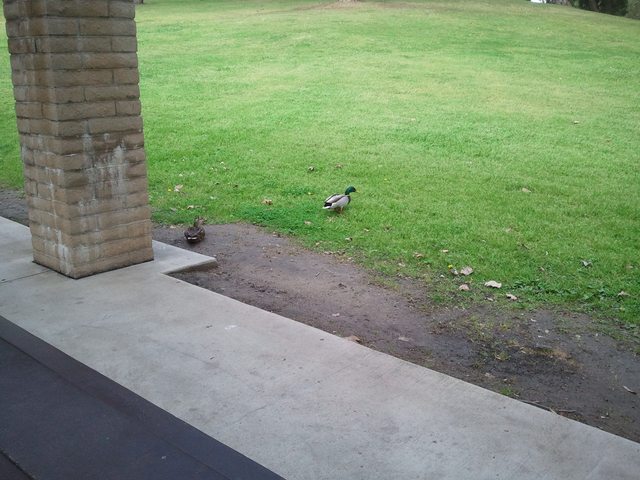 Also there were ducks.