Someone made this poor man from Ploygon play God of War: Ascension. And he was upset when, after brutally murdering a Harpie (lady daemon, very nasty shit) he got an achievement called “Bros Before Hos.”

I, personally, look forward to gender equity. So when a female baddie gets her ass handed to her in a most epic of fashions, I rejoice. Here is a woman that’s being taken so deadly seriously you have to kill her to stop her… just like the hundred thousand dudes you fucked up before her. But progress never happened except in tiny, maddening inches.

I also happen to really love bloody, messy dramatic action, slash, and violence. The reviewer found himself “stomaching the graphic gore” up until the harpie scene that threw him over the edge. I feel like if you have to stomach the gore in a God of War game, you’re playing the wrong game. I get that this guy’s a reviewer (I myself have some experience with that) so he can’t ick-quit whenever he wants like the rest of us can. But dude, have you not played a God of War game before? A puzzle in one of the other games can only be solved by shoving a random innocent man into a chamber to be torn apart by spinning spike columns while he yells and begs for you to save him. Another time Kratos uses the still living body of Poseidon’s mistress to prop open a door which then crushes and kills her. Or how about at the end of game 3 where Kratos beats Zeus so hard the entire screen turns red with backsplatter?

God of War is for people who like to pop the heads off their enemies and play fucking soccer with them. If you’re not down for that, you shouldn’t put yourself through it. Just because the harpie has tits does not make her some kind of protected class. Bad guys are bad guys, even when they’re girls. Rip that bitch apart. It would be sexist to do anything less. 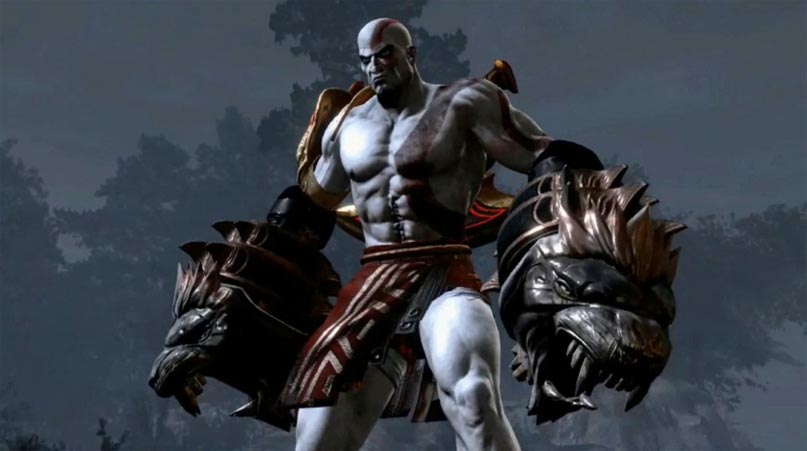 When my situation ain’t improving, I’m tryna murder everything moving.

Me: I like the bros before hos achievement
I think it’s hilarious
I love Kratos
and I love the fact that he basically blade-fucks his way through entire populations
Benjamin: i’m disappointed babe
i thought you were a feminist
turns out you’re just another MAN
Me: yep
Benjamin: NOOOOOOOOOOOOOOOOOOOOOOOOOOOOOOOOOO
Benjamin: i think the trophy is kind of funny
but i think it was probably a bad choice
like with that whole “cunt” thing
jokes need the right time, place, and audience
i don’t think this was the right time or place
Me: I don’t know
The audience that appreciates God of War will get that joke and love it
but because of the way communication is these days, there’s basically no place where you can speak to your own audience without a million other people who do not and will not get any part of your shit barging in and causing an uproar
like, you can use that to your advantage of course
but wither-to the fate of the noble cunt joke?
Benjamin: maybe, but I think it was still a bad choice
discussion of institutionalized mysoginy in the videogame industry has been kind of a hot topic lately
and this kind of stuff just makes it worse
Me: The harpie is evil
thus needs to be killed
which, in proper Kratos fashion, is brutally
Benjamin: i don’t think most people have an issue with the harpy’s brutal murder
it’s the issue that the act of killing her is then immediately put into a gender context by the accompanying trophy
Me: I know what you mean
and I get that
but it’s hilarious
Benjamin: eh, i honestly think you could make a much better “bros before hos” joke trophy
like
an interesting inversion
you have a fight where you are up against centaurs (male) and harpies (female)
kill all the centaurs without killing any harpies, and you get the trophy
bros before hos
you get to make your bros before hos joke
and by inverting the traditional “men are more important” meaning of the phrase, you get another layer of much less sexist humor
Me: Agreed
You should write for video games
Benjamin: i totally should