I miss The Golden Girls, man. This were some bitches who knew what was up.

I’ve been watching a lot of contemporary shows like The Flash, Grimm, and Daredevil and as much as I love most of the characters, there is always one lady who:

1. Is completely useless.
2. Is always in danger.
3. Has epic and terrible mood swings, which inevitably lead to massive plot developments.
4. Has no discernible character beyond “loves hero” or, occasionally “randomly hates hero.”

With Juliette in Grimm, she started out completely lame, got a little bit awesome, and has backslid to super psycho dummy bitch in record time. “Oh I suddenly have super powers. What a miserable fate. I know, I’ll blame my boyfriend, who’s done nothing but love and support me, even though I really suck and have no personality.”

I’m not done watching all of Daredevil, but the first three episodes haven’t given me a lot of confidence in Karen as a charter. Also, who in her right mind chooses Charlie Cox over my 4th grade crush Elden Henson? 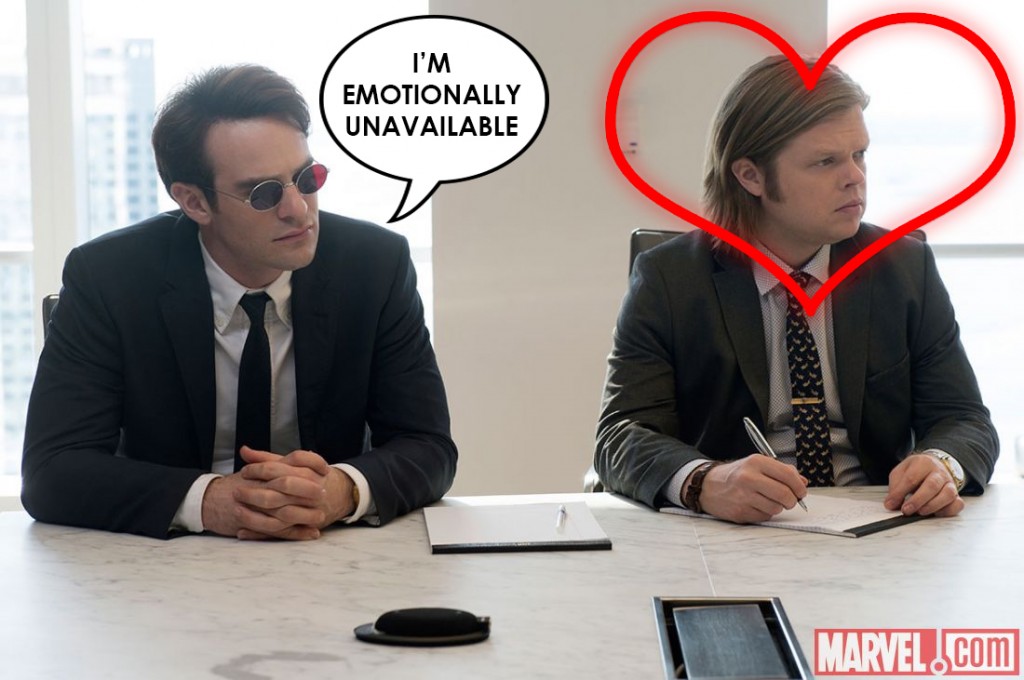 Seriously, as far as anybody in the real world is concerned, Matt Murdock is a blind jerk with massive daddy issues who goes missing every time something serious is going on. Meanwhile, Foggy Nelson is helping little old ladies keep their houses and being super patient with his blind jerk friend. Plus, his hair looks like it would be nice to touch. Matt Murdock not so much. For a guy who claims to have super-senses, he really lays on the hairspray.