After my post on sex-positive Patreon creators, comedian and podcast host Billy Procida (pronounced proceed-uh) reached out and let me know about the launch of his Patreon campaign for The Mahwnore Podcast. I immediately asked him if he would like to be interviewed on our lovely blog. Of course he said yes, because being interviewed is fun. Oh, and my friends from the Keith and the Girl fan club may recognize Billy from his two appearances on their show. This guy’s everywhere.

1. First of all, where can my readers find you and your work?

You can listen to The Manwhore Podcast on iTunes or any podcast app. You can also stream episode at www.manwhorepod.com. You can follow me on Twitter @TheBillyProcida.

2. So, you’ve been doing the show for about a year now, and the goal is, at least partially, to find a long-term girlfriend, how’s that going?

3. Have your relationship goals changed since you started the podcast?

The goals have never really been “goals.” To make a relationship the goal is not healthy. If I only click with someone sexually, it wouldn’t be appropriate to try to turn her into a girlfriend. Each connection is its own thing and I have to take them as they come. Now, I’m very emotional and when I have romantic feelings for someone they come on kind of hard, but not for everyone I hook up with. My problem has been that everytime I want a more serious relationship with someone, it’s always been the woman who tells me she just wants it to remain casual. So that sucks. So have my goals changed? Not really. I still aim to take relationships as they come and they’ll hopefully be whatever they’re supposed to be, whether it’s a really close friend I fuck, someone I fool around with once in a blue moon or someone I really with whom I want to go on dates and hold hands and be so adorable that people vomit.

4. What’s the most surprising thing you’ve learned from talking to former hook-ups?

Some of my casual sex partners have ended under circumstances that I didn’t become aware of until recording the episode! So I’ll have been thinking, “Oh we stopped fucking because of this,” and then they drop some truth bombs on me and go, “Well…”

5. Do you feel like your sex life is better since you started the show?

Umm…I think it is better but not necessarily because of the show. At the moment, I have some really amazing partners in my life varying from some serious fee-fees to really hot fly-by sex! I’m supremely lucky and only deserve ~40% of the sex I’m currently having.

6. Is there a former hook-up you would never talk to?

Nope. I’ll talk to them all! There’re plenty of former hook-ups who won’t talk to me though!

Without putting anybody on blast, can you elaborate on former hook-ups who won’t talk to you?

Not everyone is down to chat on mic. Some for super valid discomfort and some for irrational fears. Some have changed their mind over the past year which is awesome. Some are so introverted that I don’t find it to be a huge loss. But for example, one of the people I want to speak to the most is my only ex-girlfriend because, duh. It’d be nice to catch up, she’s super likeable and I’m sure listeners would want to hear what it was like to date an 18-year-old Billy Procida. Hint: it’s not what you may think! The other I’d really like to change her mind is this girl Sadie down in DC who really was the catalyst for me starting the podcast.

7. You’ve said that there’s no Jezebel for men, if you were to start your own Jezebel, what would it be called, and what would you write about?

Ew. I just hate the concept of ‘for men’ or ‘for women’ sites. Look, yes, some work like that website about the art of shaving your facial hair. Fine. That’s a men’s site. But I read Jezebel and I’ve been published twice on xoJane, traditionally “for women” websites. If there was a Jezebel “for men” I would make it “not for men” and then blow up all of it and replace the whole thing with a GIF of Chris Hardwick from @midnight yelling, “Points!”

8. What do you wish more people knew about sex and dating?

The amount of posts I see on Reddit’s /r/sex that contain, “I/we did _____. Is that normal?” and “Is it bad if I like to ____?” It’s sad. Unless you like fucking kids or raping people, it’s safe to say there is no ‘bad’ when it comes to sex! You like what you like so just do you, Boo Boo. There are few shoulds and even less normals. Communicate with your partners. Embrace what gets you off. Cum hard and often and hopefully you’ll find another person or people who want to do that that way with you. It’s unfortunate that our lack of sex education in this country leaves people to rely on a bunch of shoulds that are outdated and based on puritanical views on gender roles and sexuality. Does it feel good? Is it hurting anyone? Then you should probably do it, in a proper context or setting. So no, don’t fuck yourself with a cucumber near a children’s park. I’m not exhibitionist-shaming. I’m just saying to be an adult and go do it in a darker corner of Central Park at night.

If we change sex party to just a general group sex encounter? I would love to be at the center of multiple women. But not because I’m center of attention. I would just love to be used by a group of women where my movements, my actions, my body are all for their pleasure. I’m taking instructions. I’m following orders. I’m being a good boy and doing a good job helping these women have a good time, whatever that may mean. That would be hot. Being a group of beautiful women’s play thing sounds like my definition of a hot party. If it doesn’t sound like a ‘sex party’ to you, then fine. We’ll drink alcohol and eat cake, too. Now it’s a party! 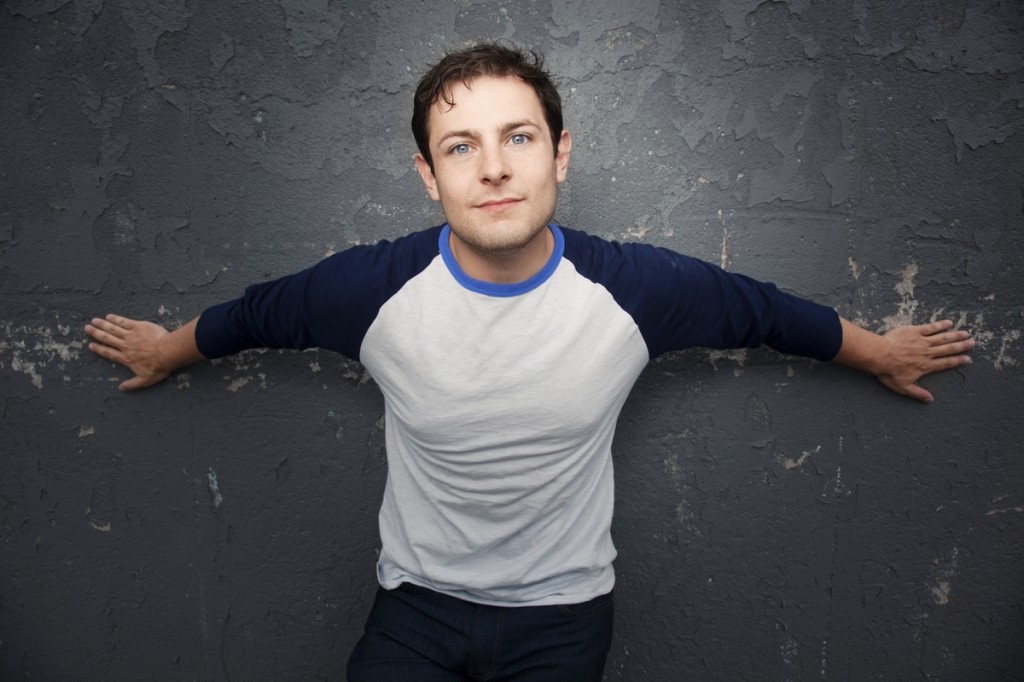 10. What question do you wish an interviewer would ask you, and what’s the answer?

No no no. I’m not doing your job for you! I wish they’d ask me what my answer to proper sex education (or STI rates, teen pregnancy, rape culture and gender equality, because they all feed into the same answer) is. I’m not going to tell you. Because you didn’t ask it. But I think it’s a great answer.

Okay, I’ll bite. What do you feel is the key to proper sex education?

No. You don’t get to bite! Had your chance. You’ll have to listen to the podcast to hear all about that!

Which, of course, is at www.manwhorepod.com