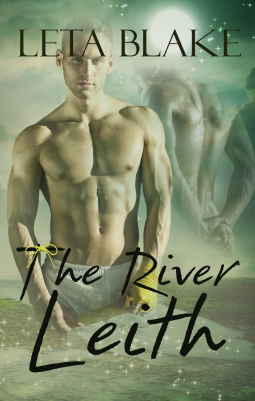 The River Leith by Leta Blake

Out of my last four Netgalley books, The River Leith is the second one to feature memory loss. What I like about this book is that it doesn’t have anybody getting their memory back in a dramatic, last minute flash. It deals with the drama and tragedy of what might happen if someone were to suddenly wake up a stranger to themselves and anybody who knew them. On the other hand, there’s no mystery B plot, which I usually enjoy, so it’s not perfect.

When amateur boxer Leith Wenz wakes up in the hospital, his last memory is preparing to get out of prison. In reality, three years have passed and things in his life have changed. His brother tells him that he’s doing great, that he has amazing friends, and up until the illegal punch that left him in a coma for two months, he was well on his way to his dream of being a professional boxer. His friends seem alright. The guy everyone says is his best friend is nice, and charming, and totally compelling, but he’s about the last person in the world he’d think to be friends with. On top of that, there seem to be huge gaps in the narrative of his life, and nobody’s interested in filling them in. Least of all mystery BFF.

While Leith recovers in the brain trauma ward, his supposed best friend, Zach is actually his very messed up, very grieving boyfriend. Zach takes to the web and vlogs about the roller coaster of emotion that his life has become since Leith’s accident, while trying to put on a brave face for their friends and family. But of course it all falls apart. Leith knows he’s keeping something from him, but with no memory of their years together, no memory of his coming out, nor any apparent awareness of his own homosexuality, this man is definitely not his boyfriend anymore.

Eventually Leith will have to leave the hospital and go back to his real life where he’s been interviewed as one of boxing’s few openly gay superstars, where unspoken truths about his family life, and even what put him in prison are common knowledge for anybody who reads the paper, and where he may never be able to box again. But in the meantime, his confusing feelings for Zach, the caginess of his friends, and the side effects of the head injury all conspire against his very sanity.

This book is mad with tension. I liked main character Leith right away. Everybody else, I found to be shallow and more than a little bit stupid. Zach doesn’t want to tell Leith the true nature of their relationship out of some kind of indeterminate fear. Leith seems to figure his shit out pretty quickly, but when everybody insists that he and Zach are just super good buds, he doesn’t want to ruin that with what he assumes is just his one-sided crush. In the meantime, Zach is acting like the one with the brain damage, and Leith’s brother and friends seem too distracted to be anything but background noise.

Eventually everything works out thanks to more than a little bit of codependency mixed with nosy controlling (but also absentee) friends and family members. I do like that there’s no point where Leith staggers, shouts something about remembering everything, and then he and Zach wander off into the sunset holding hands. There’s some very real difficulty that they’re faced with, even after they realize that love remains even when memory does not. And they work though it, albeit in ways I would probably find pretty self-destructive.