Before I get into anything else, I feel obligated to point out my own trauma privilege, for lack of a better phrase. As far as I know nobody has ever fucked me against my will. Part of that is the luck of the draw. It was more fulfilling for the people I was left with to punch me and tie me to furniture and choke me. The rest of that is maybe a personality thing. When adults tried to get handsy with me as a child, my reaction was violent and loud. Not good qualities in a potential victim. I realize, however much a person can realize this, how significant the difference between my mother’s boyfriend trying to murder me is to my experience than if he had tried to fuck me. I think a lot of that has to do with the weird way our culture feels about sex, and the unusual power we put on it because of our fear of it. However ridiculous, this is a real cultural phenomenon and I want to say that I recognize that.

I’ve been trying to write this damn blog post forever, but I can never seem to get the wording right. I either sound like I’m trying to downplay the impact of violent and sexual assault, or I’m bragging about my incredible constitution when really all I’m trying to do is address something that’s been bothering me in the way we talk about abuse and assault survivors.

Every time there’s a major rape, molestation or child abuse case in the news, I get really frustrated with the coverage of the victim. Well, I get really frustrated at the initial coverage that usually insinuates that the victim might have been asking for it, and in fact that women everywhere should maybe not be so slutty all the time, causing otherwise honorable dudes to completely lose their shit and rape us all. Or something. (Steubenville, I’m talking to you.) Then after that, I get really frustrated by the well meaning characterization of the victim as being totally, irreparably broken, never again able to feel the warmth of the sun on her face, or the incredibly soft fur of an adorable little puppy.

I’m so fucking tired of the only images of abuse and rape survivors being crying ladies in darkened interview rooms, carefully describing their terror for a “normal” audience at home. 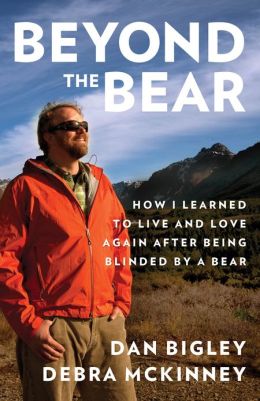 Don’t get me wrong, this type of crime is a motherfucker. It’s not something you just get over, but it’s also something that you can get over in time. If someone victimizes you, that makes you a victim for the duration of that assault. After that, you’re whatever you want to be.

A recent CDC study found that Nearly 1 in 5 women and 1 in 71 men in the U.S. have been raped at some time in their lives,” and that “nearly 1 in 2 women and 1 in 5 men experienced sexual violence victimization other than rape at some point in their lives.” And that’s not even mentioning people like me who experienced violence but no sexual assault. For some perspective on those numbers, 1 out of every 50 people is a red head.

So why aren’t we all just crying in a corner and living off the nut check? Because you move on! Terrible things happen, and you are affected. There are bad days and good days, and triggers out here in the real world, but there’s also everything else. It’s not like my friends all want to go to the beach and I have to tell them no so I can stay home and think about my childhood.

My abuse started over 20 years ago, I’m done crying. I’m going to the damn beach. I got shit to do.

There’s a misogynistic expectation that assault only happens to women at the hands of men, that women are the only people weak enough to experience the bad effects of unwanted physical or sexual contact, and that once we have this experience the rest of our lives are stained with the mark of it. That’s bullshit.

Abuse happens to and effects all genders in every different sort of category available. It’s serious shit, but people are strong and resilient and we don’t have to let it define us if we don’t want it to. We aren’t broken.

2 Replies to “You are Not Broken”