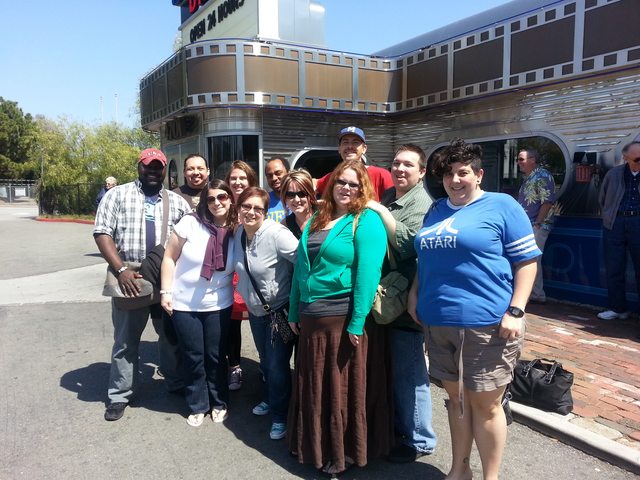 Friday was kind of a mess, so I didn’t get down to San Diego like I’d planned. I did write about 3000 words of frustration text, 2000 of which you’ll be seeing this week. But I had such a nice weekend, I wanted to at least try to start Monday off on a positive tip. That stuff from Friday is a little… stabby.

My original intention was to make the memorial, and skip the Uncast anniversary party on Saturday. But since I missed Friday, I headed down the next afternoon, and I’m really glad I did. Daniel and Victoria are basically the nucleus for all of us here in so-cal (and beyond) and their home is such an inviting little base of operations. I missed Universary last year for our Carmel Vacation, which was awesome, but I was glad to be able to hang out this year.

It makes sense that we would have such similar senses of humor seeing as how our mutual love of an often controversial, always hilarious show like Keith and the Girl is what brought us all together in the first place. And yet, I’m still surprised how many of us there are, and how we all have the same edge for grossness. It’s nice to just be able to say all the sick, fucked up shit I think without being sure everybody’ll decide I’m weird/ a psycho. I mean, they probably already know I’m weird and half a psycho, the glory is that they can relate. Yeah it’s fun to gross out normal people, but it’s better to get a “me too!” once in awhile.

After the party I spent the night, then we went to brunch on Sunday morning, and then it was back to LA for me. A party isn’t a party unless it involves at least 2 meals and a period of unconsciousness.

When I got home I showered, then Ben and I napped for an hour or so and had a little bit of time to just lie together with the pets. When we take naps, Pepper will stay with us the whole time, but Medusa only hangs out until she knows we’re not going to pet her anymore. After we woke up we ate Thin Mints in bed like kings. Damn hell ass Thin Mint kings.

I’ve been having a tough time of things in my professional life lately, and I’ve had a lot of drama about it, but it’s not so terrible when I have all these great people to hang out with.

Also, no one on Reddit like this picture nearly as much as I thought they should have. So here it is. Completely unrelated. 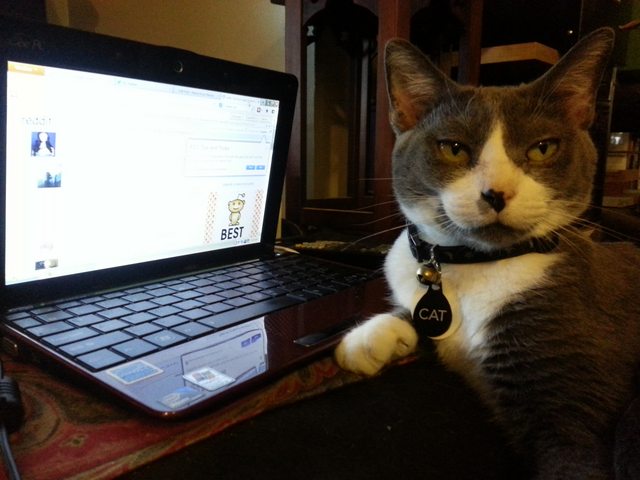 The most interesting cat in the world.