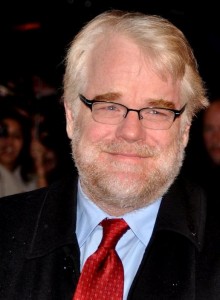 Since the announcement of his death, I’ve heard the fairly standard “so sad,” “too soon,” “such talent,” rigmarole. And now that we know he died of an heroin overdose, the lamentations have become so much more dramatic. It’s a disease, it’s a tragedy, it’s a matter of course. Tom Junod at Esquire asks how else could he have given such real, raw performances?

It’s all so romantic. The young, dead addict. It doesn’t have to be Hoffman, it could be any of the rising star celebs we’ve buried over the years. Amy Weinhouse, Greg Giraldo, and Heath Ledger’s accidental overdoses, all seem so much more tragic than Paul Walker’s car accident, Aliya’s plane crash, or even Tupac’s shooting. Is it because they did it to themselves? These talented people who had so much of what we, as consumers, think a person should have?

The lament of the miserable rich person. They have adoration, wealth, and a higher than average level of physical attractiveness. (I know what you’re going to say: Hoffman, not so much, but even a Hollywood uggo is a 9 everywhere else, believe me). And yet, despite everything we’ve been told our entire lives about the nature of happiness, this is not enough for the miserable rich person. They resort to drugs, and in a tragic miscalculation, run too far afield and kill themselves. All they wanted was an escape from what was clearly a horrible life as perennially adored people of status.

Talented famous addicts fascinate us because they’re a glitch in the matrix. We get told that all we need to be happy is more: more training, more rooms in our houses, more Facebook friends. But here is the inevitable end game of more: too much of anything will kill you. Add on top of that the fact that our culture sees drugs increasingly as a shameful, but frequently understandable, escape from an otherwise painful and indifferent existence, and here we see the plain truth. If what we need to be happy is more of what we have, and this person who had so much more than us was unhappy, then the way in which we’re taught to chase happiness is somehow flawed.

So we start a narrative. It was never enough… for him. Obviously the man was insatiable, it couldn’t be helped.

For us, that new car will be just enough. Until the next new car.

4 Replies to “Phillip Seymore Hoffman and the Glory of the Young, Dead Addict”