As I said in yesterday’s blog, we are driving to Oregon today.

The trip has been more than a little bit doomed. We’ve been burning the candle at both ends for weeks, we learned on Monday that the cat needs twice daily medication we can’t afford to pay anybody else to administer to her, and the weather in Oregon has turned unusually cold this year.

The cat situation is complicated by the fact that Ben’s dad is allergic to cats, so she can’t stay at the house. She can, however stay at the local cat hotel, which costs less than half of what her vet would charge to take care of her in Los Angeles, and in better accommodations. But we still have to get her there.

Her vet prescribed chicken flavored baby benadryl and swore that it would “knock her out.” After a substantial battle where the tiny benadryl was stuffed in cheese, stuffed in tuna, spit out on the ground, replaced, and then finally applied by force, she is as lively as ever. Which leads me to believe that, somewhere in my house there is a hacked-up baby benadryl that should be working it’s magic inside my cat. Instead she’s been meowing since we left the house.

The dog has decided to keep as much distance as one can in a situation like this. 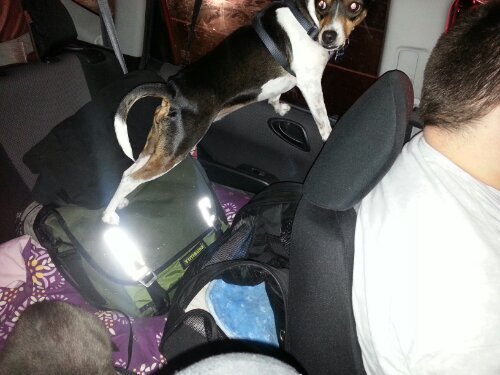 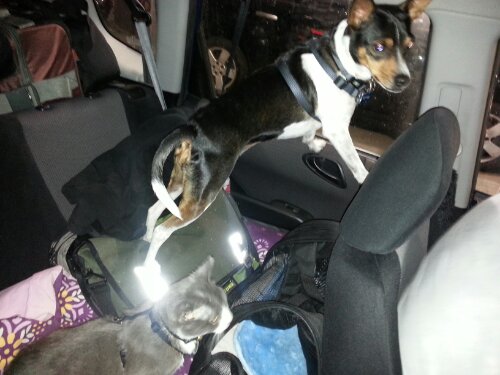 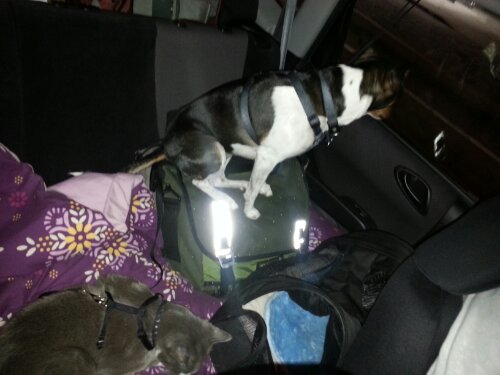 Eventually I had to pull her, ass first, into the front seat with me in order to keep her from injury by trying to ride that laptop bag around turns. 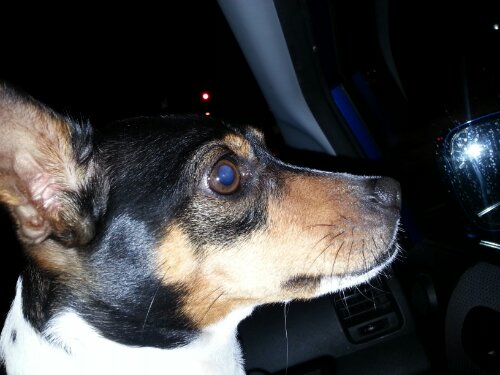 With everything that’s going on, this may be the year we get a hotel. Like I said, we started the drive at a disadvantage, then we hit two closed (claiming to be open on Yelp) coffee shops and two closed on-ramps before we finally got on the 405 to find bumper to bumper traffic due to construction. 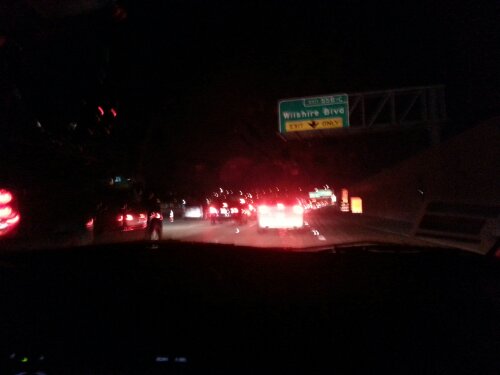 This is publishing later than usual because I can’t find good enough reception. It’s almost 4 am, and we’re doing good. It’s cold as shit, though.

Note: some pictures aren’t coming through. I’m going to try to fix that when we’re in a better cell area.

8:45 am: All pictures are now displaying. We’re leaving Redding and making good time.