One time, I was having coffee with my beloved grandma, and she casually asked “Doesn’t Ben find you disgusting, with all that fat on you?” One of the things I love about my grandmother is how honest she is, even when it’s really inconvenient. My favorite example of this is when she shouted “DOES THAT MAN KNOW HIS SHIRT LOOKS LIKE A DRESS?” while pointing to an obvious gang member in an over-sized sports jersey. I personally had a great time with that one because his shirt totally did look like a dress, and probably the only person that could have said something like that to his face and not get beaten to a pulp is my frail looking grandma. Being with her is like hanging out with a drunk drag queen, except all the time. And nice restaurants still let us in.

Anyway, terrible rudeness aside, asking if my boyfriend, who is as fat as I am, finds me disgusting is kind of hilarious (what if the answer was yes?!) but also kind of ridiculously indicative of the thought process I was raised with. Grandma is anorexic, so to expect her to have a holistic, body love attitude towards fat – a substance that positively horrifies her – would be ludicrous. But the fact that, having made the assumption that everyone else feels the same way about fattness that she does, she expresses more concern for my boyfriend than me (her own flesh and blood!) at having to deal with a fat sex partner is silly in the extreme. I can’t really tell if she’s asking me this because I’m a girl, or because I’m in her family. There is sort of a general assumption amongst us that anybody who wants to be with any of us is marrying down, and that we should be so lucky. So it’s not entirely unrealistic to think that she would ask me this question no matter what my gender, or what the gender of my partner was. Although I don’t discount the internalized misogyny inherent in the assumption that a woman has a responsibility to be physically attractive to her partner that a man does not have.

At the time of this coffee date, I had only recently stopped talking to my mother, but it hadn’t been so very recently that anybody still believed I was just fucking around. As a result, everybody was more than a little gun shy with me (who knows who she’ll cut off next!) So I knew that this would make the proper impact on someone as elderly and as tetchy as my grandma. I said very loudly “No, my boyfriend does not find my fat disgusting. I was fat when he met me and I have remained fat since then. I am a fat person, and if you don’t like having a fat granddaughter, you don’t have to. I will leave you here in this coffee shop and we will never speak again.”

After a couple of moments of everybody in the coffee shop out and out staring at the both of us, she leaned back and shrugged. “I was just asking.”

And it’s not like this little piece of drama came out of the complete blue. My entire life, she’d been hounding me for being too fat, and around that time, it had kicked it into high gear. Drastic action had to be taken if we were ever going to talk about anything other than my fat. And it totally worked. Oh, she still bitches about every other person with even an inch of extra meat on them, but she doesn’t bitch at me and that’s all I care about.

Feel free to use this tactic with anybody that has shitty things to say. The way I see it, I’m a complete package. If there’s something you don’t like about me, you better love it or leave it, because I’m the only person who decides what changes I make, and I am done taking suggestions. 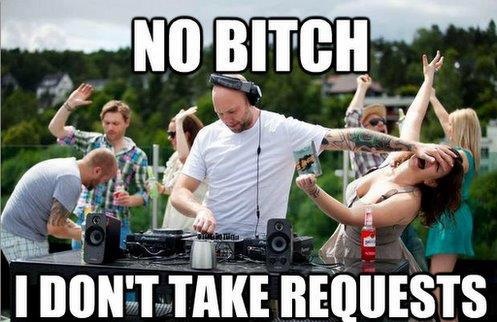 One Reply to “Doesn’t Ben Find You Disgusting?”