It’s Wednesday night, I’m blogging this from my grandma’s hospital room. We’re currently waiting for the staff to bring a wheelchair so we can wheel her down to my car and I can drive her to a new recovery home, hopefully one that won’t ignore her and do their best to let her die like The Californian. The reason she’s going to a nursing home instead of her own home with her own boyfriend is because he got arrested today. While the hospital was getting ready to discharge grandma, the sheriff came up to her room and carted her boyfriend away for elder abuse.

I took today off work to rest because the weekend before had been so dramatic with family stuff (this was when we learned of the charge against grandma’s boyfriend) and hospital stuff (as a result of the ensuing fallout, mom is no longer allowed to visit grandma at the hospital) that I was no good to anyone. So while Grandma’s boyfriend was getting arrested, I was sitting on my couch in my underwear, playing Mass Effect. I got a call with the news and nearly broke my ass to get showered and people-ready. I called the hospital, explained what was going on while I was putting on my clothes, called my uncle, left a message while I was racing out the door, and got a call from my grandma’s boyfriend’s cell that turned out to actually be from the sheriff. He explained that GBF had the house keys and the car keys on him, which meant that if I wanted to get into grandma’s house (at this point, I still thought she was going home), I would have to come to the jail and get them. So, I mapped my new course and headed off towards the Sheriff’s office. Thanks to it being 3 p.m., my 45 minute drive only took an hour and a half, rather than the 2.5 hours it would have taken had it really been rush hour.

I got to the Sheriff’s office at about 4:30, they told me it was going to take a long time to get the property ready, so I went to a teriyaki place around the corner and scarfed down some truly horrible bento (my first meal of the day). I shouldn’t have hurried, because I didn’t get the keys (and everything else he was carrying) until two hours after I’d first asked for them at 7:30. During the wait, my phone kept me entertained. GBF called, told me where the pet food was, other details I’ll need to know, discussed the possibility of bail. Grandma’s best friend called me, we talked about how a person could get arrested for elder abuse when the elder in question has made no claims of abuse whatsoever, stuff like that. Ben called, we talked about dinner plans (that would be him eating his delicious chicken kebabs alone and me eating something purchased through a window.) Finally, I got the keys and arrived at the hospital at around 8. So that’s my evening.

Future plans at this point are to get grandma settled in the nursing home, make whatever arrangements she wants regarding her incarcerated partner, pick up grandma’s best friend’s granddaughter Nichole, who lives nearby to help me get grandma’s car back home at which point I’ll feed all the pets, make sure they’re safe inside and take the dog with me so Ben and I can watch her, take Nichole back to her house, buy the aforementioned window slop, and head home to my house. With the speed that everything else is going at, I expect I’ll get home around never. Ever ever. 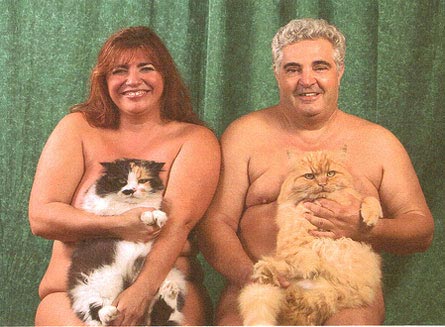 Why couldn’t these people have been my parents?

One Reply to “You Can’t Make This Up”