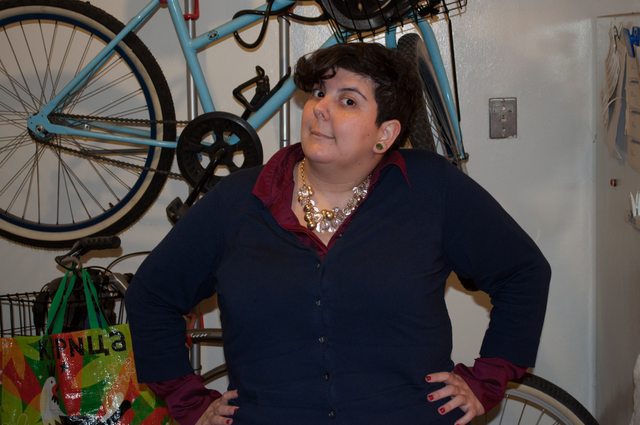 I know I already talked about it, but I am still insanely in love with The Steel Remains. I finished it Wednesday and immediately purchased more audible credits so I could buy the sequel, The Cold Commands. Almost without noticing it, I’ve already listened to over six and a half hours of the seventeen hour book in the ensuing day and a half. Yesterday evening Ben and I were walking the dog and I found myself (for the millionth time) completely geeking out over the characters and how great they are. Then out of nowhere, I basically screamed “I can’t wait for you to read this book, it’s so great!” It scared him. He yelled a little bit.

I think I’m actually going to have to self-impose a break starting tomorrow because this is the kind of book where I ingest it as fast as humanely possible, which basically dehydrates all of it’s raw emotion and shunts it into my brain with a t-shirt cannon, and that is followed by the massive, crippling depression of knowing that the book is over and I can’t have any more until the author writes the third (and last) installment. When the cycle will start all over again.

Unexpectedly, another book I’m really enjoying right now is Richard Branson’s Loosing My Virginity. I had it on my Amazon with list and Ben’s mom sent it to us (along with a ton of other books) for our birthdays. I’d expected it would be like all the other business books I’ve ever read: edifying and sometimes interesting on an abstract level, but ultimately boring and slow. To my incredible surprise and joy, the Virgin Group head gives pretty great, and sometimes almost unbelievable autobiography. I’m only 100 pages in out of something like 600, so I can’t speak to the whole thing, young Branson is only about 21 at this point.

I admit, sometimes the things he and his idle rich family get up to can be annoying. Oh, he had this aunt who had a boyfriend with a biplane and she owned a farm and a marketing firm, but times was so tough his parents could only afford 3 separate boarding schools. Must have been hard. But once you’re over the fact that this is a fairly serious view of the inside of Bristsh landed gentry, a class whose ignorance of reality has been centuries in the making, it’s kind of fun. When the rich don’t know they’re rich, they come up with some mostly hilarious ideas of what roughing it looks like. But they also get up to some grand adventures. And all this class hate isn’t to suggest I don’t think at least some of the lessons he’s learned can be translated downstream. Ignoring the chip on my shoulder, this book is really a good time. After all the brooding and hacking people to pieces in the Ringil Eskiath stories, some wacky seet-of-our-pants entrepreneurial chicanery hits the spot.