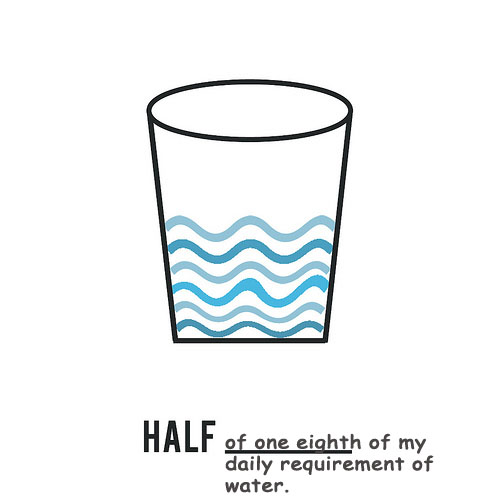 The image of the glass and the workbook style quip/blank is something I pulled off of Kind Over Matter. The snark is mine. I’m sure it’s been done before. It’s not that original or creative.

Anyway. Nothing’s new in my life, nothing’s interesting or especially in need of analysis as far as I’m concerned.

After about a month of being off the air, I’m back to recording my podcast, I Love Lard again on a basically weekly basis. Of course, now that I’m saying that, I don’t have a show for this week, but hopefully I can get one out. Probably not, though. You know how I am.

In domestic news, one of our rats, Tomato, has been off balance and her eye is all goopy. After this morning’s trip to the vet and $150, she should be better. The vet said that probably (hopefully) it’s an infection. She got a shot this morning and we have to administer 7 days of antibiotics, and then to call the vet again.

I hope she gets better, not only because I like her and don’t want her to be sick, but also because I don’t want to spend any more money. Also also, the exterminator is coming to our house next Monday to kill our roaches and we have to take both rats to Ben’s friends’ house, which means that they have to be in the same cage as each other, and since Tomato’s sick, we’ve been keeping her in a different cage so that she doesn’t give it to Peanut. And so she doesn’t have far to fall if she pitches off the top level, which she has been doing—but in the small cage it’s only about 5 inches.

I told an old friend of mine that the exterminator is coming on Monday to kill our roaches and he told me “man, that’s fucking gross.” The problem with telling an old friend that they’re gross for having roaches, is that they know your ass. All I’m trying to say is, yeah, maybe I’m gross, but you’re gross too, dude. Maybe you’re trying to be all fancy by living indoors and shit now, but I remember you.

Just kidding, James. Yeah, roaches are hella gross. (Seriously, I’m not offended—if you ever read this, I just thought it was ironic is all—don’t be mad.)

Clearly, I have nothing else to add. This blog entry has become a rambling collection of my up-to-the-moment thought process. Bye.