Today my friend Heina and I traded blog posts. You can find their regular blog at www.freethoughtblogs.com/heinous where they write about race, gender, being an ex-Muslim secular humanist, and many other things. My post for today is also over there. They are currently writing A Skeptic’s Guide to Islam. 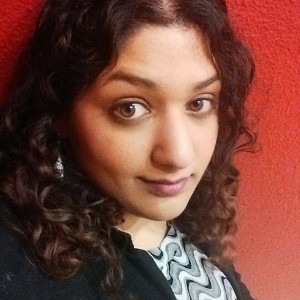 There are a lot of things I’ve said so many times for their ability to catch people’s attention that I don’t think twice about how I’m basically framing my life in rather garish colors. My second day of high school was 9/11, for instance. See also: I used to be a scarf-wearing Muslim girl, I’ve gotten serious death threats, I’ve been sexually harassed by a police officer, and My strict Muslim parents once found my sex toys.

I tried to turn my experience with my own racial identity in US society into another such zinger. It didn’t go over so well. The people who normally gasped, laughed, or both at my quips were silent — and by “people”, let me be clear, I mean white people. Though it may sound unbelievable, it is true that I didn’t realize that race was A Thing for me until I was nearly 18 years old and about to go on my first date.

It was not as if I hadn’t understood from a young age that my family and I were outsiders to mainstream white American culture in many ways. Even in the days when my family didn’t practice Islam extremely closely, I knew that most people didn’t pray five times a day, fast during the day for a whole month because the moon told us so, and abstain from Oreos or anything else containing pork byproducts (these were the dark days before those particular cookies were vegan).

By my under-10 standards, regular people included non-white people. One of my first non-Muslim friends in kindergarten was a Latina girl named Maira. Unlike the other girls, she didn’t mind that my hands were grubby and didn’t withhold her sweet dimpled smile from me. One of the games Maira liked to propose was pretending to be “poor Muslims in another far away country,” which meant miming stomach pains and frolicking in the dirt without the help of toys. I played along even though it felt weird. I was grateful that she knew what a Muslim even was without my having to tell her, hyperaware of the Muslim suffering around the world that my mother used to force me to finish my food even when I didn’t want it, and fond of playing in dirt. Another classmate of color, Angela, stood out in my mind because she had a chocolate allergy that filled me with horrified pity, not because she was black.

I stopped attending public school in the middle of first grade and didn’t return until middle school, cementing my childish impression that being Muslim was the thing that made me different to the world, not my complexion or my hair. By the time I returned to public school, my family and I were so obviously religious with our headscarves and refusals to shake hands with men that there was no space to consider race or ethnicity. By that point, we didn’t think of ourselves as part of any ethnicity; we were Muslims and that was that. Like many American Muslims who found our spiritual fervor in the States rather than “back home”, we considered Islam to be a unifying force and ethnic affiliations to be divisive and against Allah, who had created all people equally.

So it wasn’t until the day I first stepped out in public without a headscarf as an adult that I realized that Islam was not the only thing that marked me as an outsider in the world. It didn’t help that it was my first real date. Worse, the shopping center I’d picked precisely because I knew that no relatives lived anywhere nearby was also in one of the whitest parts of South Orange County. Though it was sunny and warm, I shivered a bit. After feeling so exposed outside, the dark interior of the theater felt sheltering and inviting.

I couldn’t hide forever, though, especially not in the world of dating. Too many white boys perked up a little too much when they realized they were dealing with a girl who was not only a virgin, but an “exotic” one. Getting attention after years of being ignored for being the weird fat girl in a headscarf was fun for a while, but eventually grated on me. It took me a little too long to realize that all male attention is not a compliment.

That I am seen as racially ambiguous in appearance doesn’t help. It means that I am interrogated about my family history incessantly and punished for not giving the easy or expected answer. It means that I am cursed out for not knowing Spanish or Arabic or Persian or whatever other language some old lady thinks I ought to know. It means that I get street harassed in every non-white-dominated neighborhood.

Though it isn’t perceived to be a direct invitation to hostility in the way that my headscarf had been, my brownness was not something anyone else could seem to ignore after I went about with my head and other body parts uncovered. I’ve stopped ignoring it, too. Being as “regular” as Maira or Angela has its perks (hello, bacon) but is definitely less of a cakewalk than I thought it was.