When I was 14 I went on a trip to Europe with my crazy over-privileged private school (here’s another, terribly forced story I wrote about that). While we were in Italy we of course visited the Spanish Steps, which everybody wanted to run up. Well, everybody but me. Let’s just say that I am in much better shape at 27 than I was at 14.

So there I was at the bottom of the Spanish Steps, with every person I knew in the whole entire country 138 long steps away. It was about 2 in the afternoon, tourists were milling around everywhere, so I wasn’t really worried about being by myself. While I was waiting for my friends to come back, a street vendor started toward me. The tourist areas in Italy are covered with these guys, they sell key chains and lighters mostly. None of it is branded, it’s just random junk, but people buy it so they can say the bought something in Rome (or wherever.) So one of these guys was walking towards me with something outstretched in his hand. As he got closer, I saw that it was a little rubber monkey. Fascinated with this performance, I didn’t really notice that he’d walked straight up, holding the monkey in front of my face. Suddenly, he squeezed it and a little rubber penis shot out at me from under the monkey’s loincloth. At first, I jumped, but then I laughed until I noticed that from monkey penis squeeze to ‘oh!’ to “haha” he had been rhythmically squishing my right tit in his hand. The entire time I was focusing on the monkey, I didn’t even notice his hand on my breast. MY OWN BREAST! The worst part is, I had no idea what to do about it so I stared at him until he decided he was finished and then he gave me the monkey and waked away.

It’s almost worse that he gave me the monkey.

Yeah, it’s still not worth it. That guy was pretty gross. Also, his boob handling techniques were crap. You’d think someone as old as he was would have picked up a thing or two. I suppose the type of guy who magic trick sexually harasses young girls on the street in broad daylight in exchange for a monkey key chain isn’t the type of man who thinks about the woman’s pleasure a whole lot. 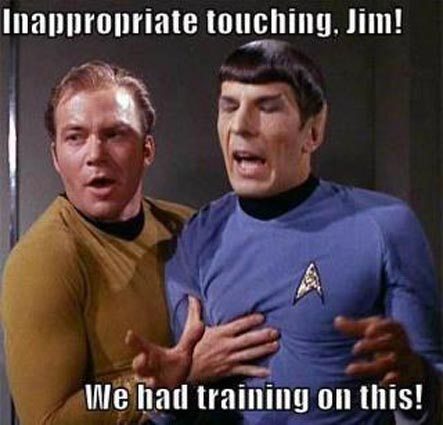 One Reply to “The Worst Magic Trick I Ever Saw”