I had a totally different blog planned for tonight, and I’ll get to that tomorrow, but this bullshit just popped up on my TV about 20 times in a row, and I can not stay silent on this.

You guys know I own my own business, you’ve read all about my struggle to breath life into this thing and how hard it has been for me physically and emotionally, and this isn’t even my first rodeo.

You know I eat, sleep and breathe the market right now, because that is where the rent comes from. We’re in the trenches over here. This is not The Mindy Project. I am no Aretha. Nobody’s lining up outside my door, and yet AMEX thinks denigrating and belittling the snap-worthy accomplishments of my heroes is going to get me to leave my credit union for them?

If you haven’t seen this mess, here’s the run down: AMEX has launched a campaign they’re calling The Journey Never Stops, featuring business owning women of color. They have confession-style voice-overs paired with images of them in their daily lives, showing them making decisions and doing work, just like normal business people! Except these ladies have an extraordinary journey: from dirt person to market factor. They even made poor Mindy cry. It was gross. 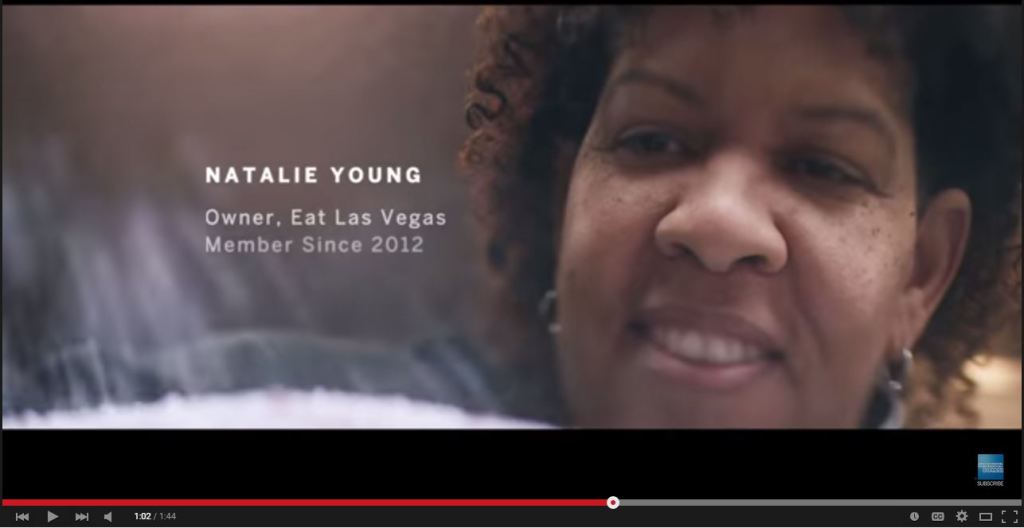 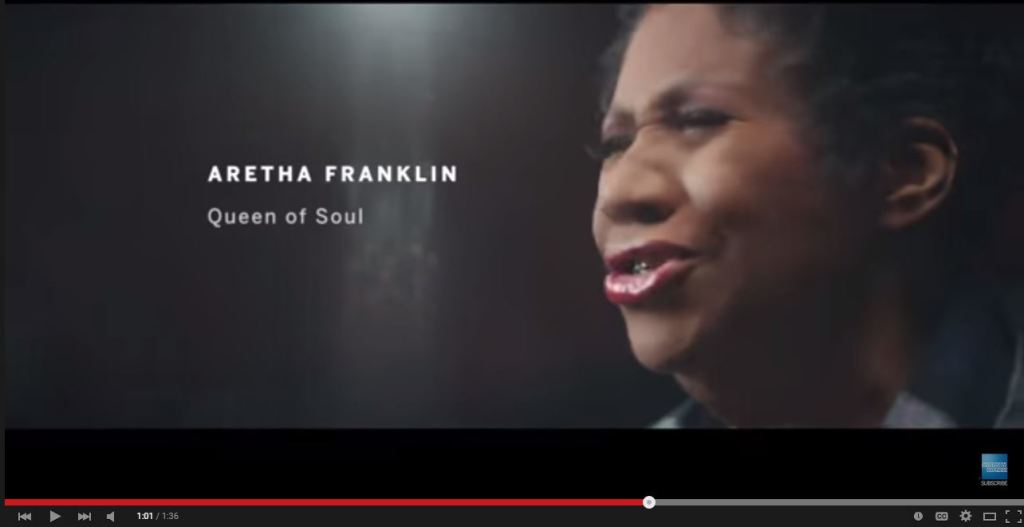 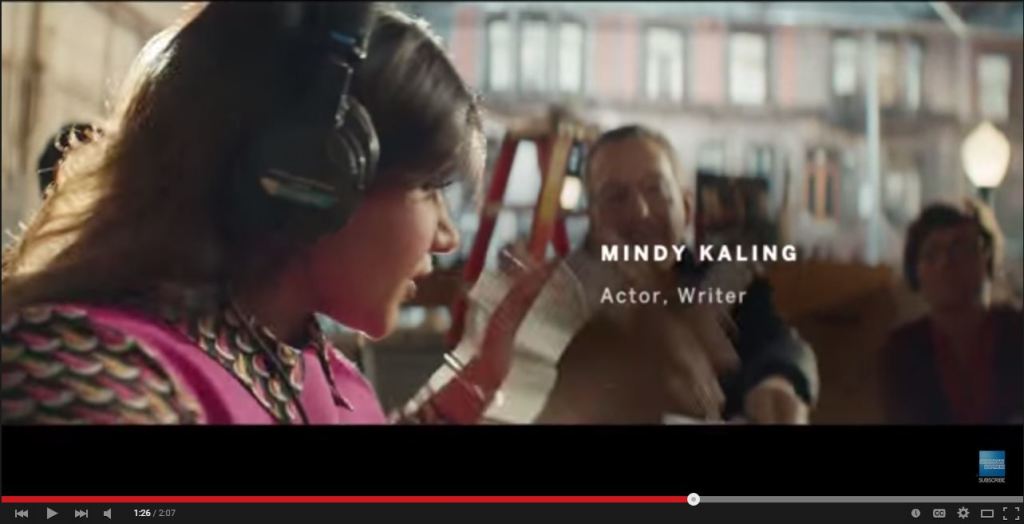 At the end of each ad, there’s a blurb “welcoming” us into the AMEX family, as it were.

For Natalie, the welcome goes out to “the next generation of late bloomers,” and the voice-over adds “and second chances.” 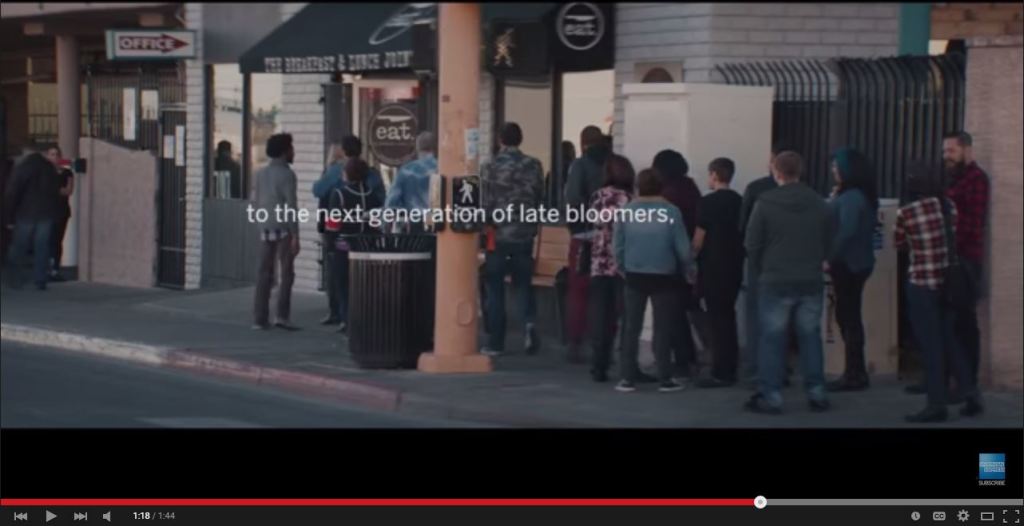 For Aretha, they welcome “all those still trying to find their voice.” 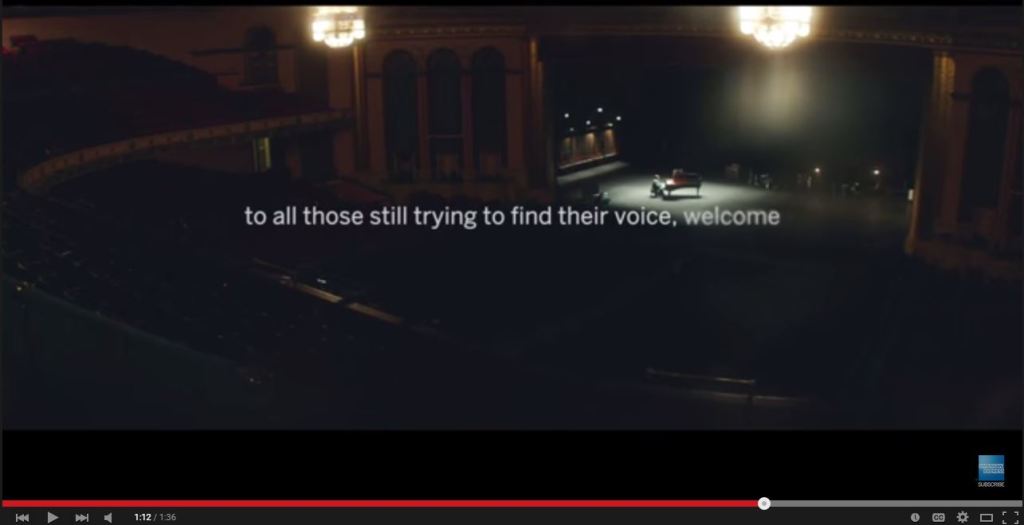 And for Mindy, the welcome is for “unlikely leading ladies.” 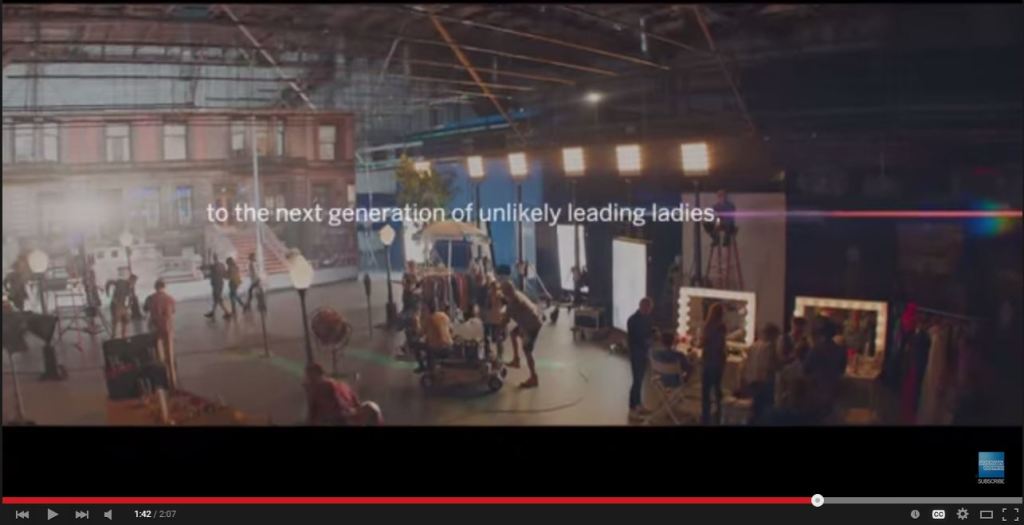 Fuck a damn journey. This campaign should have been called Brown people: Almost Important

Natalie Young is not a “late bloomer” or a “second chance” she is an experienced professional chef with two restaurants to run. That she has a history with drug addiction (they talk about it in the commercial) only makes her more impressive.

And as for Mindy Kaling, what exactly makes her “unlikely” except racism and sexism? Oh nothing.

I’m supposed to feel inspired by these stories, but I only felt condescended to. AMEX picked three amazing women who have risen to the top of their respective industries despite a range of challenges, including the culture of classism, racism, and sexism that keeps so many of us from pursuing our dreams,. Instead of telling that story they did everything in their power to other their subject, and by extension, their target market.

In Mindy’s commercial when she’s talking about how everybody said she should be a side-kick, there’s an extreme close-up of her eating jelly beans in front of an open fridge in the dark. 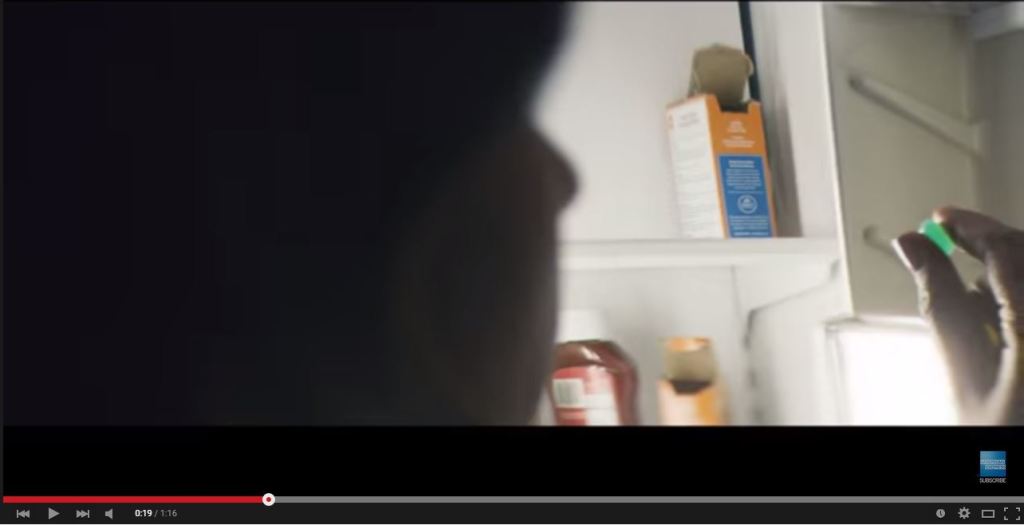 Get it? Because she’s fat.

That’s why she’s an unlikely leading lady. Because who would believe that a fat* brown girl could be the star of her own show?

What I want to know is what kind of Neanderthal is surprised that a fat brown girl is just as capable of being the star of her own show? The same people who would characterize the legendary, award-winning, multi-platinum Aretha Franklin as finding her voice, or imply that the good work of a woman who dragged herself back from the pit of addiction could be a simple “second chance.” The accomplishments of women, more-so the accomplishments of women of color have long been overlooked by the men who run boardrooms and ad campaigns like this one.

We are not “late bloomers” or “unlikely leading ladies.” We are not “finding” our “voice.” My voice was born found. It’s just been talked over by douche-bros who are too busy patting themselves on the back for being racially inclusive because they let one token minority bask in the glory of their genius while they go around belittling our contributions and making it political suicide to say something like “BOSS, I THINK THE COMMERCIAL YOU MADE IS RACIST.”

AMEX, you can’t have it both ways. You can’t tell a touching story of overcoming racism and sexism without acknowledging racism and sexism. Because without that context, you make these successful professionals look like fools. You can’t just parade women of color in front of the screen and expect me to freak out like when my dog sees another dog on her walk. This is not a commercial made by women business owners. This is a commercial made by a committee of privileged salary men who think this is what motivates me.

I do not need bed music in a minor key that transitions into synth banjo when the audience is supposed to feel good about my terrible circumstances. What I do need is to be treated with the same respect and consideration that any white man would get from his business partners. Which AMEX does not look prepared to do.

*Editor’s note: I understand that Mindy Kaling is far from fat. That’s a whole other angry blog post.

2 Replies to “AMEX Condescends to Women of Color, Pats Self on Back”