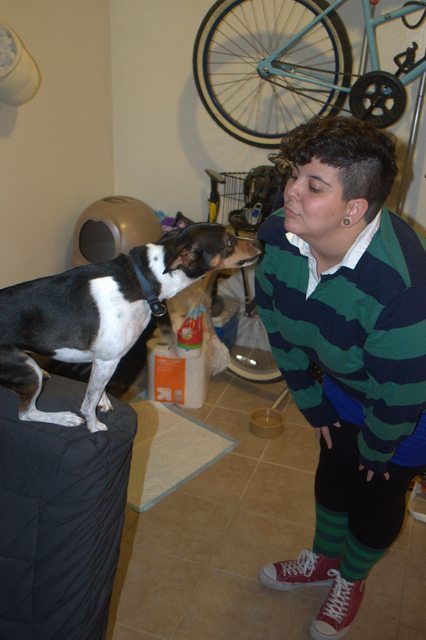 I had planned to be in bed 20 minutes ago, but instead I was sitting around I live-tweeting old episodes of Star Trek: The Next Generation like I didn’t have a care in the world. This is why we can’t have nice things.

Oh, and in a random and poorly sampled social experiment, I asked the citizens of Reddit what it was they felt they were not allowed to do as women, and as men. Got a multitude of interesting results, along with some wacky men’s rights dudes being super dramatic. But otherwise, good data.

Me: Is that sentence about men’s rights wackos offensive?
Ben: I don’t know, but is it really necessary?

Then I made a sound with my nose and the back of my throat that I hope conveyed the sentiment: Um, seriously? Almost nothing I do is necessary.

Men’s rights guys aren’t all wackos, just some of them are. I mean, when decades of white guilt finally gets an exit hole, it blasts itself through with such force that the entire organism starts to vibrate with the screech of a thousand years of entitlement and privilege only recently curtailed. It’s kind of elegant, really. But seriously, some of the rage that sits right behind the eyes of these men’s rights dudes is fucking shoot-em-up ultra-violence scary to me.

Real talk, though: gender inequality hurts all of us, weather that’s the fact that doctors would rather let us die instead of treat us because of sexist laws or the fact that people think it’s perfectly ok to chop bits off a person’s genitals in order for that person to not be considered weird. Men’s rights are necessary, but just like women’s rights advocates, some people can get a little bit wacky.

There, I said it.