So, this weekend, Ben and I were driving down the street, and we saw a billboard that looked basically like this: 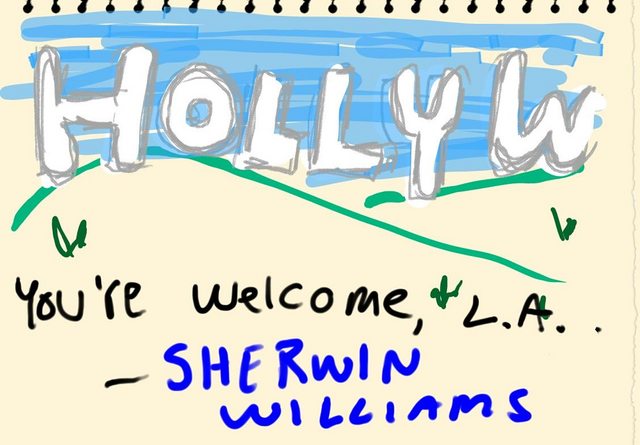 I tried to find an image of the real billboard online, but all I could find is the fact that this paint company is actually called SherWIN Williams, as opposed to SherMAN Williams, which is what I thought it was called for my entire life until this day. Even looking straight at their billboard for the 10-15 seconds it took us to drive in and out of visual range did not correct this error.

Another thing I learned today is that the Hollywood sign is apparently getting re-painted by Sherwin Williams. They’re halfway done. I had no idea, and I can’t tell the difference. Smog permitting, I look at the sign every morning across the LA basin as I drive over Baldwin Hills and into the city proper to go to work. I can also see it out some of the windows in the office I work in, but I’m not usually on that side of the building.

So, in addition to not being able to see any difference between the first half of the sign and the second half of the sign, I also have not seen/heard/read anything about the restoration project, although it seems like there has been some news coverage based on my incredibly informative Google search for “Sherman Williams, Hollywood sign.”

I confess, the billboard, didn’t actually say ‘You’re welcome, L.A.” But it said something else equally cryptic that I can’t remember, and that actually made me think that they built the sign, or had painted it in the past, but nothing remotely close to the idea that they were in the process of painting it right now. And honestly, nor did I care. The only reason I went and looked all this up is because I have a thing about bad ads. They sort of weirdly infuriate me.

For example, in the 90s, NetZero had an ad campaign that I thought was awesome. It used simple animated stick figures to illustrate that dial up internet was all the same across the board since a phone line couldn’t be made to move information faster unlike the new cable and broadband service. Their argument was that paying $10 a month for NetZero would get you the same internet speeds as paying $30 a month (or whatever) for AOL or Earthlink. (I know, blast from the past.) Even though you can fudge dial up speeds with different hardware, the basic premise of the ad was perfect for the segment of the population that it was directed to: people who probably didn’t know much about the Internet, who didn’t need a lot of power, and who cared much more about cost than about quality. Then, NetZero followed this series of ads up with another series in the same simple stick figure style, except that these ads promised “high-speed dial up” for only $15 dollars a month. The second ads completely violated the premise of the first set of ads, totally ruining any integrity the campaign, and the company as a whole could hope to have. To this day, I think back on those commercials with consternation. It’s an extremely strange pet peeve to have, but bad advertising hurts me.

That ad was crap, and it hurt my feelings with it’s crapness, and I had to tell somebody, so there you go. 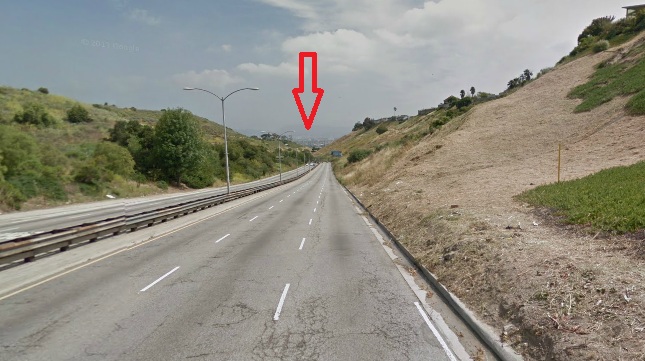 The arrow is where the sign would be if there wasn’t so much smog in the way.

2 Replies to “Wait, What Are You Talking About?”