So my last twitter design concept was “breakdancing robot dog.”

The concept was a little cluttered, and I had no immediate thoughts, but I started sketching and ended up with 3 pages, all of them of dogs or robots. Or dog robots. 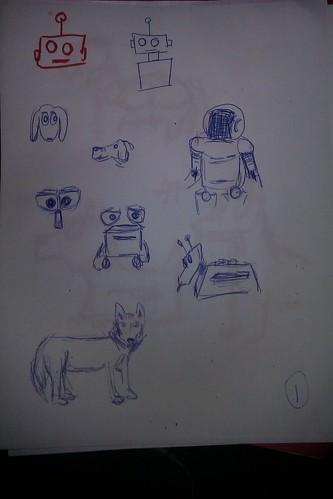 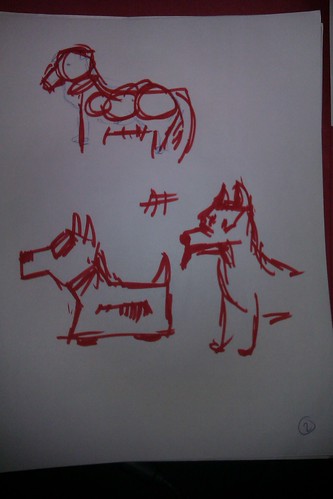 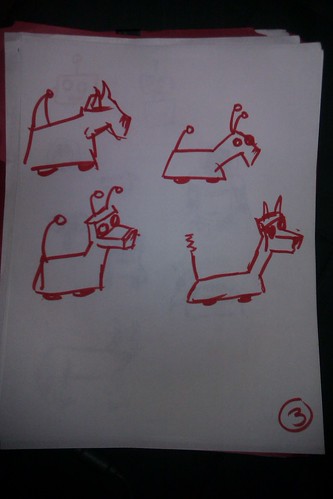 Based on one of the drawings on Page 3, I made my robot dog. As you can tell, I was thinking about k-9 from Doctor Who. 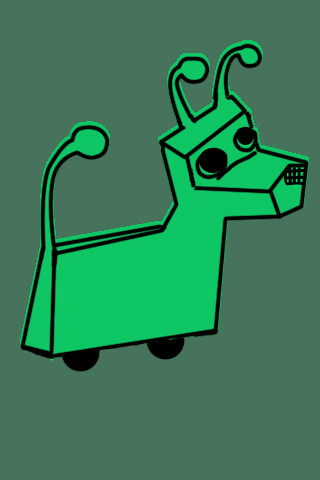 But I still struggled with the break dancing aspect. I thought of trying to make .gif where the tail moved, but I don’t actually know how to make a gif. And, although this would be a fun project to learn, and it still may be one in the future, I don’t have time today.

So, in an effort to make the dog a break dancing accessory, rather than a breakdancer, I posterized an image of a boom box and stuck it on his side like a control panel. I wasn’t fond of it. The style of the boom box vs. the style of the dog clashed and annoyed me. 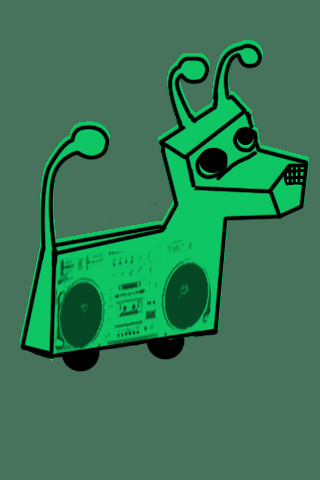 I used the pen tool to imitate the basic shapes of the original boom box, and came out with a dob/boom box combo that I felt clashed less. 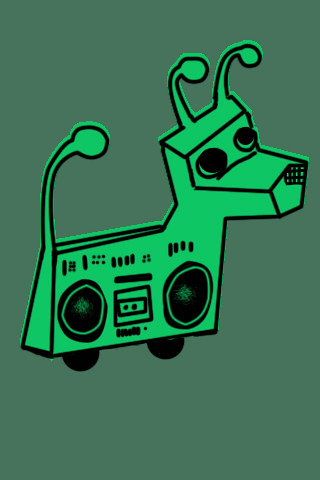 Overall, I liked the plain old dog better myself, but the last dog with boom box was the most fitting with the original concept. If this was actually a client of mine, I would encourage them to lose the “break-dancing” aspect of their concept, since movement is extremely hard to intone in a logo.