I’ll be interspersing this post with pictures I took of Pepper in our living room at night with no flash (the flash makes her eyes evil) because I’m not entirely sure if I’m going to be making any sense here, and you guys should at least have something nice to look at while my brain falls apart via blog post. 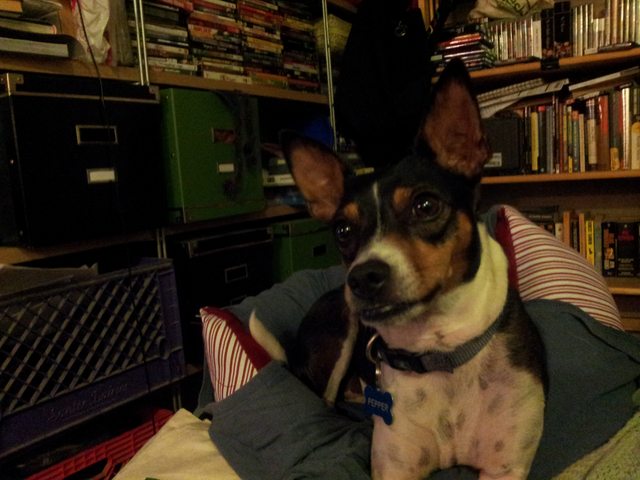 So it’s currently 10:48 p.m., and since we’ve been waking up at 6 a.m. to walk Pepper, I really have no capacity to stay up much past 10. The fact that I didn’t get home tonight until 10:40 and have already written this much is a God Damned Miracle.

This morning I was talking on the phone with my sponsor and contemplating the possible future snowiness of the mountains north of LA (what the fuck are those called anyway?) when I drove straight through a red light and nearly into traffic. Actually, I didn’t really drive straight through. I initially stopped, but then I drove straight through. Because safety first? I have no idea. I nearly got hit by a woman in an SUV. I couldn’t hear her through the soundproof car, but she was clearly yelling in a combination of terror, surprise, and a dash of morbid curiosity, like ‘OMG, WTF is wrong with you, no really WHAT IS WRONG WITH YOU?!” So I calmly reversed and backed my car from whence I came, into the regular street. Like you do.

I’m starting to remember something about my self that I’m quick to tell people, but that I always forget any other time. I’m great in a crisis, but then I completely fall apart. I was totally on the ball for the entire ordeal with my grandma, and all her drama, and all the stress and the driving and the phone calls and the family and whatever drama. But since I’ve basically told everybody that I’m taking time for myself, I’ve been completely exhausted and distracted all the time. It’s like past me took out an energy loan and present me has to pay it off. Boo 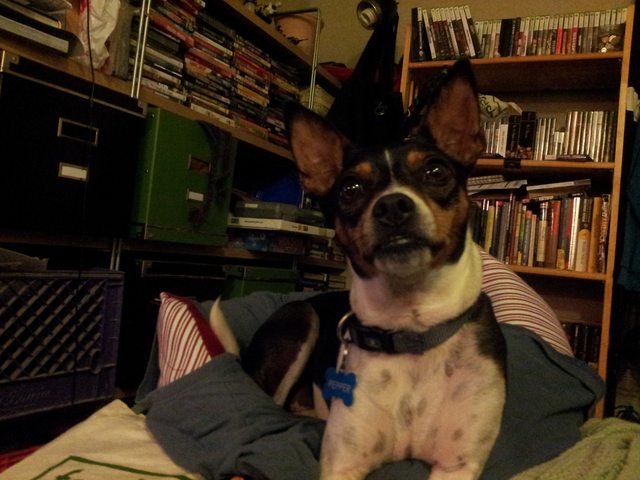 This dog is fucking delightful. I think I’m starting to understand why people have children, other than to have something to do in their thirties. When we first got her, I was worried about all the time and money we’d have to spend on her, and how that would fit into our lives, and now I couldn’t give less shits about that. She is so good and loving, and funny and adorable that I give no fucks for whatever I did instead of walk her and pet her. I’m actually perfectly fine with getting up at 6 a.m. to get dressed, go outside, and take 1.27 miles walking around waiting for something to take a shit so I can clean it up. Perfectly Fine. 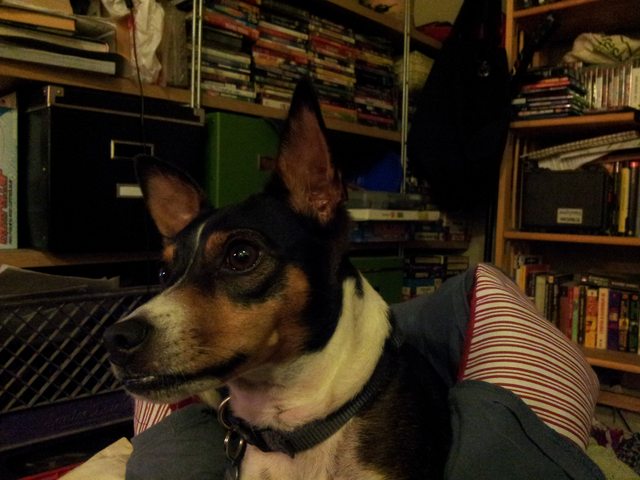 That’s like people who act like being married a long time is a big deal. I mean, many years of happy marriage is totally something to celebrate, but that doesn’t make those married people any more admirable or knowledgeable about life than anybody else. Well, they do have experience in the context of their own specific marriage, but that’s very specialized knowledge. If you really want a long marriage all you have to do is not leave and not die. Wooo.

This is the national sport of Turkey. I think I missed my calling.