So today is Transgender Day of Remembrance, a day when trans and genderqueer people pay homage to the community members they’ve lost due to transphobic violence. Here’s a site that lists the name, location, cause of death and date of death for everybody that was killed this year. There are also links to other years going back to 2007.

It’s extremely rare, but I actually don’t have a lot to say about TDOR. Not being trans, it really isn’t my day, but I think that it illustrates the circumstances a lot of our trans and genderqueer brothers and sisters and others live in, especially when you think of it in contrast to more mainstream LGBT holidays like National Coming Out Day or Pride.

Why am I even trying to talk about a holiday that doesn’t belong to me? It’s hard to say what’s good advocacy anymore and what’s weird social justice posturing. And maybe I’m doing it wrong, butting my cisgendered head in on this and trying to talk about something I couldn’t possibly understand. But I happen to believe in a world where we’re all extremely connected, and injustice to one of us is injustice to all of us. So sitting around with our thumbs in our asses, arguing about who counts as an ‘us’ and who counts as a ‘them’ is basically the stupidest fucking activity we could ever think to engage in. So, if we’re turning a blind eye to hate motivated violence, we’re making a mistake that can hurt all of us. First with the loss of a community member, but also with a loss of community. The world is shit enough already without us adding to that by turning our backs on our fellows. So, I guess you could say that my advocacy for others is basically selfish. I want to live in a world of diversity, safety, and acceptance.

So I try never to be a fuckface to anybody on the basis of minority status. It’s actually not that hard. People give you so many other reasons to hate them. 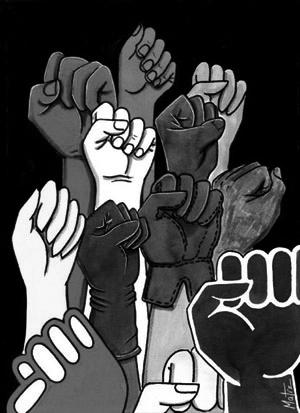