I’m a fucking trendsetter. Last April Fool’s day, I brought my own tampon game to the nation with the Hungry Man flavored Tampax. But now, straight from the horses mouth, Kotex has launched a laugh riot of a campaign honoring men who buy Kotex brand products for their lady friends. 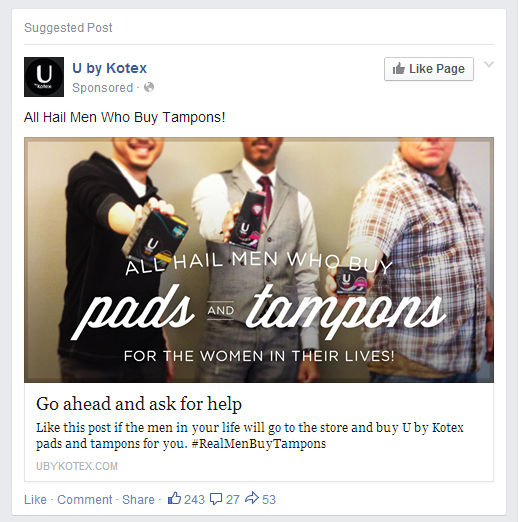 This has got to be an April Fool’s joke. Like raising your kids, washing your ass, or paying your bills, no man needs to be congratulated for buying fucking tampons for a mensurator in need. As Chris Rock says, YOU’RE SUPPOSED TO, YOU DUMB MOTHERFUCKER!

People I would not by an ass band-aid for is a damn short list: Hitler, George W Bush, Dane Cook and my mom are basically about it. And only my mom because I know she’s faking it. That’s a waste of a good first-aid supplies. Somebody else may need that.