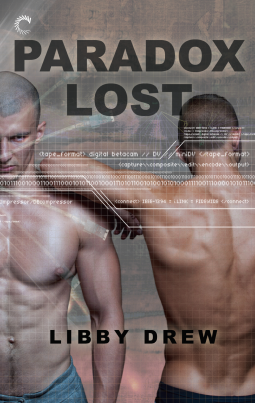 I’d like to thank the fine folks at NetGalley for giving me this review copy.

Sometimes I think I write too many gay romance reviews. But I’m trying to read something that’s slightly more serious at the moment, and I kind of fall asleep whenever I start it. I mean, the larger concept is intriguing and everything, but the distinct lack of penis is giving me heartburn. Story of my life, right?

Anyway, there’s a few of these in the pipeline. I read several books while I was sick week before last, and I need to push the reviews out. I’ll avoid the situation where I have a solid block of erotica, for those that aren’t into it. I still try and make these funny and interesting, but I understand.

What does one say about Paradox Lost? That it’s your run of the mill sci-fi, time-travel, mystery, love-story thriller seems not to do it justice. But that’s basically what it is. You take the old standard hard-boiled alcoholic noir detective, add a damsel in distress, and a wide-eyed foreigner in a race against time, and you have the basic ingredients of this book.

A simple time travel tour guide, Reegan McNamara had one job: keep everybody safe until you get everybody home. But when a flashy political wife takes a runner, he’s stuck in the past trying to catch her before time itself catches up with them both. Thankfully, Hunky P.I. Saul Kildare is fresh on the wagon and ready to fuck his troubles away. Oh wait, I mean help find the missing lady before it’s too late. But seriously, there is a magnetic attraction that laughs in the face of the linear perception of time as we know it, because this is romance on a quantum level.

This whole thing is basically adorable. The science is, of course, so obviously timey-wimey that even I had some eyebrow raising moments, so if that kind of stuff bothers you, this book isn’t for you. There’s at least one point where a more than reasonable argument is made for the power of love being a driving force in the success or failure of certain scientific processes. Like time travel. It’s also, apparently, a cure for alcoholism. And there’s some dystopian future background stuff going on that doesn’t really go anywhere beyond character development. While fairly disturbing, is all sort-of swept under the rug by the end of the book. Because yeah, you live in a bureaucratic mono-culture, but now you have a boyfriend. I guess the same could be said of our current reality, but I don’t read a lot of romances where our cultural failings are laundry-listed and then back-burnered like there’s nothing wrong.

Other than the dystopia, Paradox Lost is a great book. It’s got humor, danger, intrigue, and sex without seeming too scattered or messy. I think this is because it’s unpretentious at heart. I get the impression that the author had a fun time writing this, and it makes me happy. It’s a quick read, there’s decent sex scenes, although all are extremely vanilla, and the ending will warm the cockles of your cock as long as you don’t know that much about the sciences, both soft and hard.

4 stars out of 5 Would recommend.