The way I was taught icon design was that you start by making as detailed a trace of the original as possible, then a trace of that trace, and a trace of that trace, so and and so forth, making design decisions along the way, of course, emphasizing and downplaying features as needed. Eventually, all that’s left are the essential divisions of light and dark, at once simple and direct.

For example, this rooster magnet started it’s life as a trace of a photograph of a real rooster. 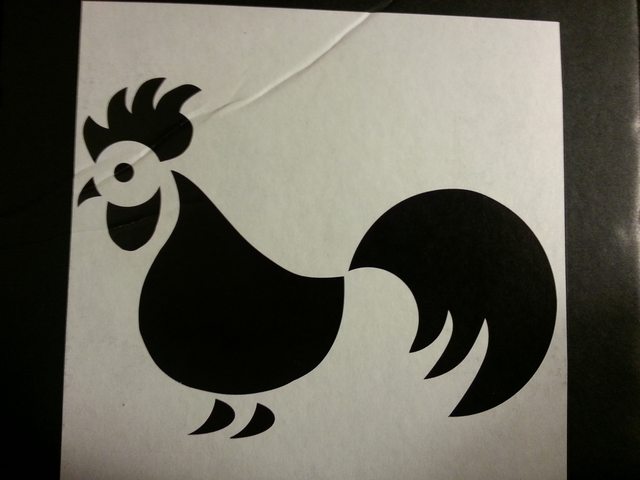 Yes, I know, someone stepped on it. It was me. Sorry rooster.

So, as part of my current project, I thought I’d work on palm tree iconography. 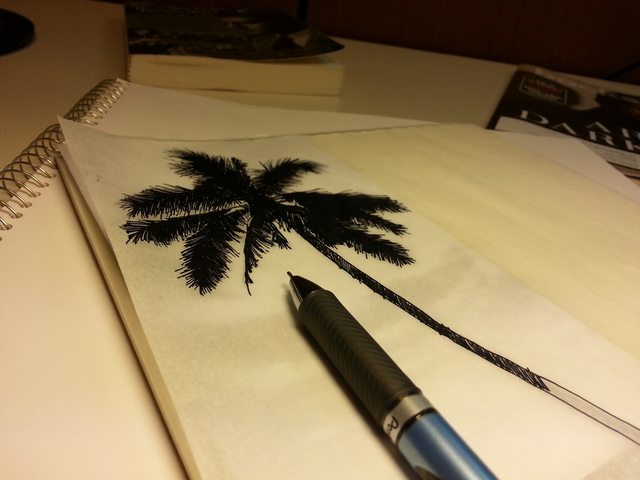 This is the first step, a detailed trace of an actual palm.

Then I doodled some more. 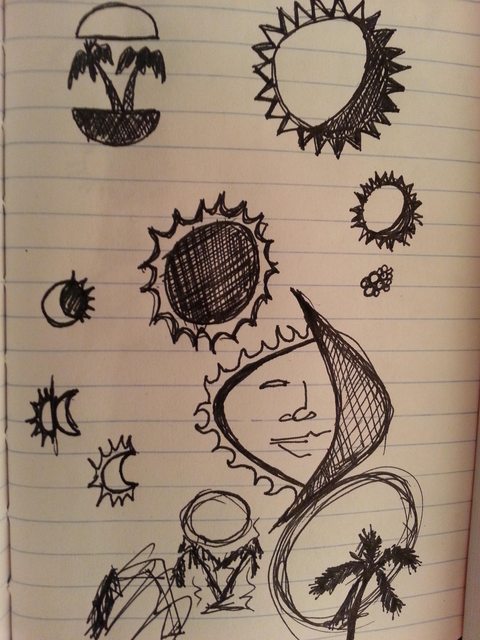 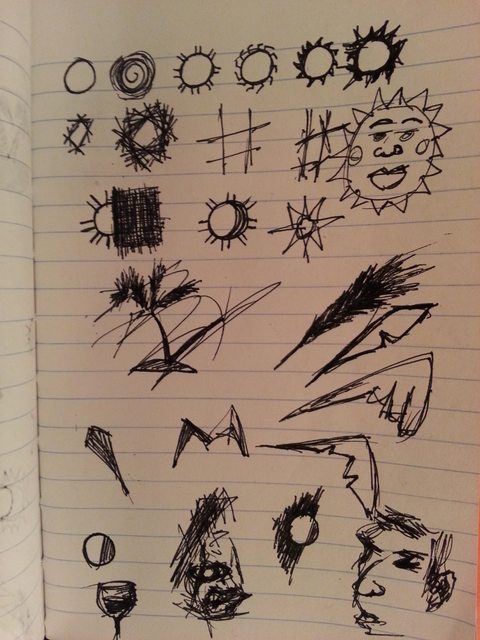 Scratch pages and random mid-project doodles can show options, test theories, and clear my head of tired, trite shit that’s taking up important space. As you can see, by the end of the second page I’d pretty much run out of gas, but I have some good direction for tomorrow, when I plan to start pulling everything together for presentation on Thursday. I know, I’m cutting it pretty close. I don’t usually operate like this, but that phone thief really took the wind out of my sales.

Tonight we were taking pictures of my outfit, and I just had to pull this one out and show it to you. 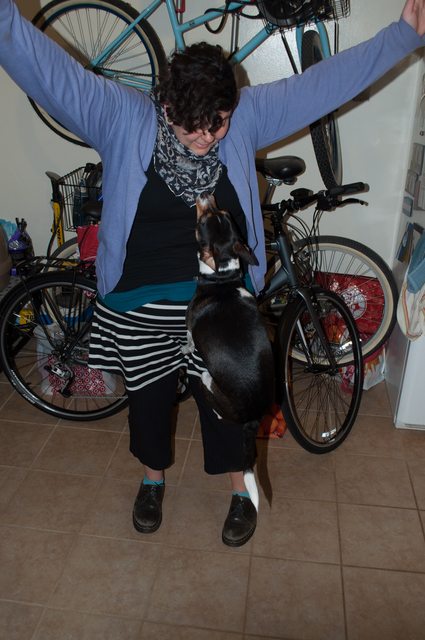 I know it ruins the outfit surprise, but I don’t care. Isn’t my dog adorable? We’re doing training right now, and it’s making her better in some ways, but worse in others. For example, she will now sit on command about 75% of the time, but she pisses in the house at least twice a day and only 50% of those make it on the pee pad. The rest are usually within about a foot of the thing, which just makes me think she’s doing it on purpose. She’s also more terrified of the outside world than she’s ever been, but she appears to be happier and more relaxed with Ben and me. We asked the trainer about it, and her answer was basically that the change in routine is freaking her out and that as training becomes a part of her day, she’ll gain confidence and stop being so fucking lame. One can only hope.