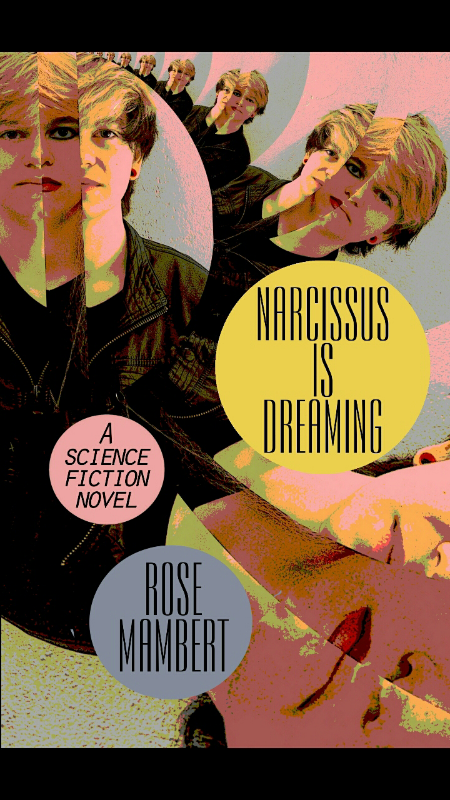 Available May 14, 2014.
Thanks to NetGalley for the review copy.

Close your eyes. Are they closed? Liar, how are you reading this right now if your eyes are closed? Never mind. I see the flaw in my original plan.

So don’t close your eyes, but as you’re reading these words, picture in your mind’s eye a book called Narcissus Is Dreaming, published by a company called Pink Narcissus Press, which was founded by the author of the book in question.

Is it populated by young men who the writer desperately wants to be stunningly beautiful and tragically complicated, but who end up being pretty jerks instead? Is it more than usually vague, generally meandering, and ultimately empty? Is it couched in the background of a greater intrigue that is largely irrelevant?

If you answered yes to all of these questions then you have no need of this review, because you already know everything I know about Narcissus Is Dreaming.

You will like this book if you enjoyed such existentialist romps as The Stranger, and Waiting for Gogot, but felt there should be more space travel and aliens.

When I say Narcissus is Dreaming is ultimately empty, what I mean is that Rose Mambert has written a novel that undoes itself. Every major plot point and piece of character development disappears by the end of the novel. Nothing is accomplished, and nearly nothing changes. No one learns anything.

The main character, being a genderless alien with no ability to empathize with humans, is referred to as “it” by itself and by others throughout the book, and there’s special care taken to show that the lack of humanity of the alien and it’s cohorts isn’t a misunderstanding on the part of the humans. These aliens really don’t empathize with human emotions. They’re physically unable to.

Needless to say, it’s hard to find the main character relatable. Even when it starts to feel emotion, the raw experience explodes in a cloud of bad decisions and violent outbursts. Which makes them/it even more difficult to understand as the plot moves on and characters are killed or dismissed after contributing nothing.

As for the conclusion, Camus would be proud. Here, my friends, is further proof that life is empty. There’s no denouement. What starts out as having the potential to speak volumes about the human condition and the nature of love and community is ultimately just a wink while passing by.