ORIGIN STORY: Mad Dog started doing wetwork for the Irish mob at the tender age of 11. His special move was to use his multiple tails to choke people to death, then swiftly flee from the scene.

By twenty six, he realized that the only thing that made him happy anymore was murder, but he really hated the politics involved with being a mobster. He heard that a local teenager was starting a gang with no posturing or power struggles, and Mad Dog was quick to sign up.

McConnel considers himself to be completely fulfilled in his life choices today. 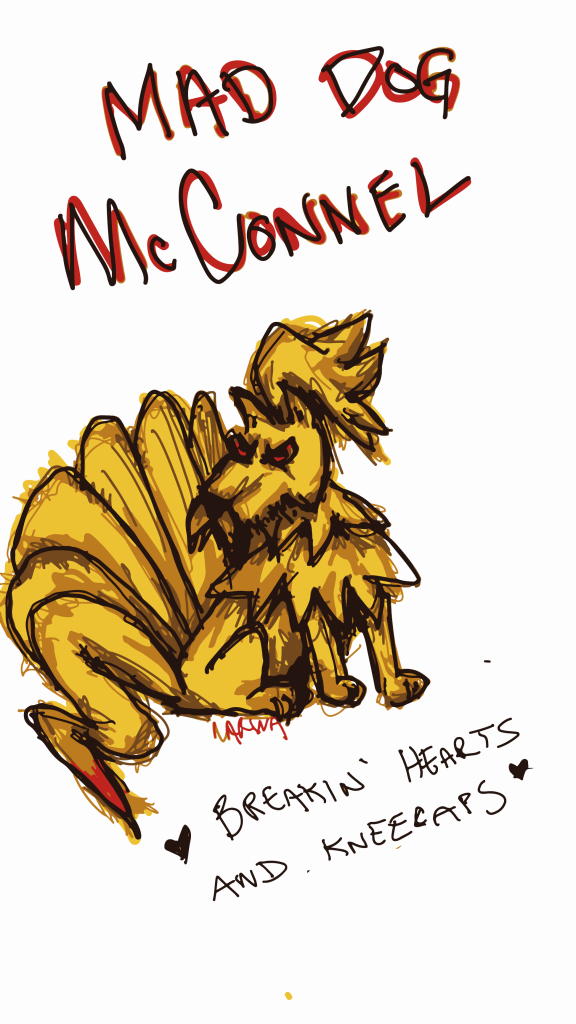