It’s Tuesday here, and tomorrow I’ll be having the longest day of my year, so I thought I’d try to take care of Thursday’s blog right now, just in case I don’t get a chance to write it tomorrow, although hopefully I’ll have some pics or something from the hospital itself. Of course, I have no fucking idea what to write about.

I asked twitter, and @superbus was like “We just DROPPED AN RV ON MARS” which was great, don’t get me wrong, but there are about a hundred million other, better articles about the Mars rover than anything I could ever write.

Although I do want to say that I quite enjoy this one: 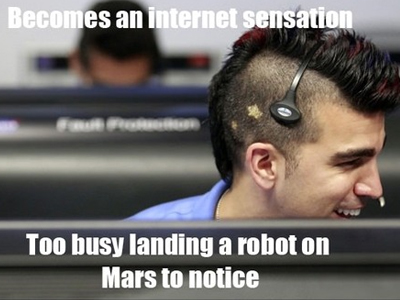 To be honest, when they started talking about the Mars rover, all I could think was ‘didn’t we already have one of those?’ And yeah, people are talking about having Mars colonies within our lifetimes, but who the fuck is going to live on Mars? It’s time to face reality folks, nobody’s going to want to go to Mars without industry, and no industry’s going to want to go without people. It’ll end up being the next Australia. We’ll just send all our criminals to die there until they declare independence and then 1/16 of our action heroes will be Martian. Woo. 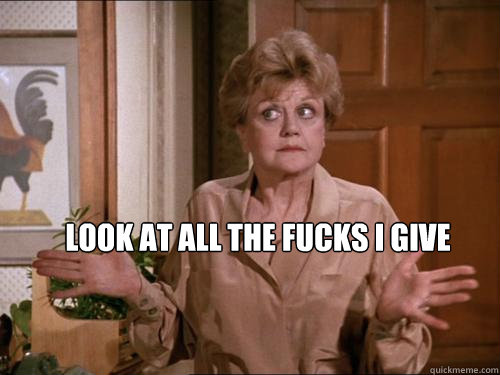 I know I should care about big timey science stuff, but it’s so hard. Life on earth is complicated enough for me, I don’t want to start worrying about life on other planets until it’s absolutely necessary. So call me when the delegation from Kepler-22b is on their way to my house. Not a moment before. I’m a very busy woman. I have to write this blog everyday. Also I do other stuff. 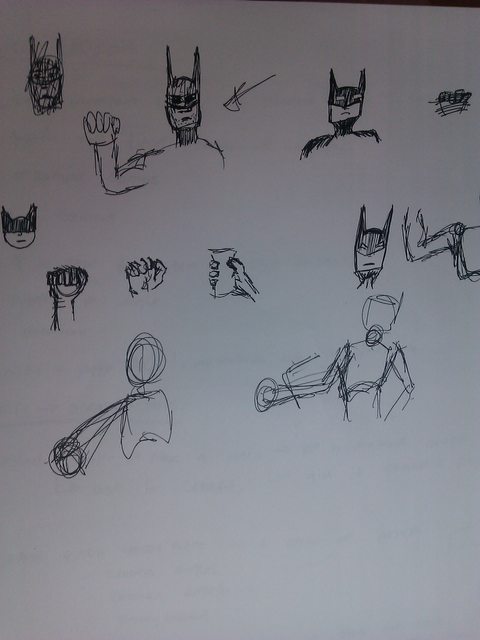 So it’s Wednesday now, and I hung out with grandma at the hospital this morning. I am so tired, and since I don’t drink caffeine anymore, that’s how I’ll stay. Adulthood boo. However, I have to say thank the Lord for hospital valet parking. Because if there’s anything in this world worth $7.00 plus a $3.00 tip (that’s a decent tip, right?) it’s motherfucking hospital valet.

Speaking of motherfucking, we didn’t have to pretend grandma’s boyfriend was her son after all. So that saved me some early morning creepiness. Apparently she just told them that he’s ‘the man that lives with me,’ and the hospital staff was totally cool with that. And thank God, because it was too damn early for that shit.

Here’s grandma watching some MacGyver on my Nook tablet while we wait for the nurse to put her IV on. 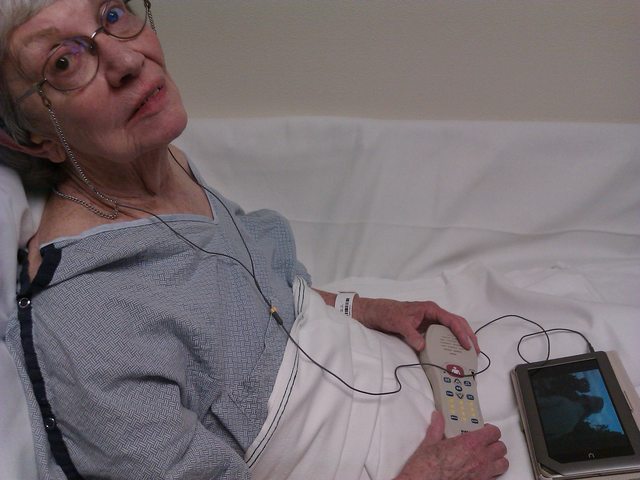 Here’s the nurse putting the IV in. 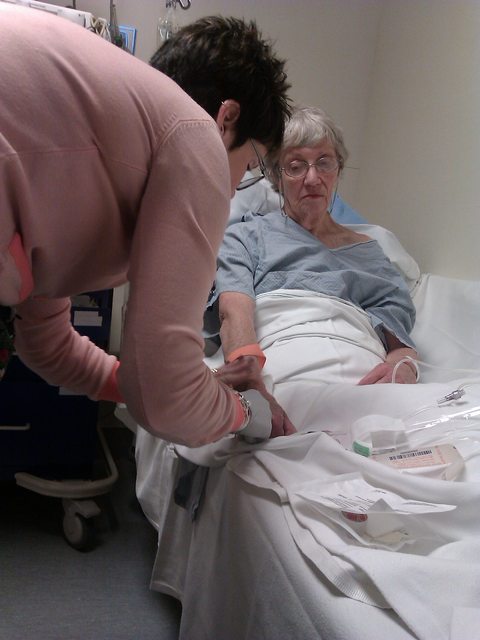 And here’s grandma getting ready to be wheeled into surgery. 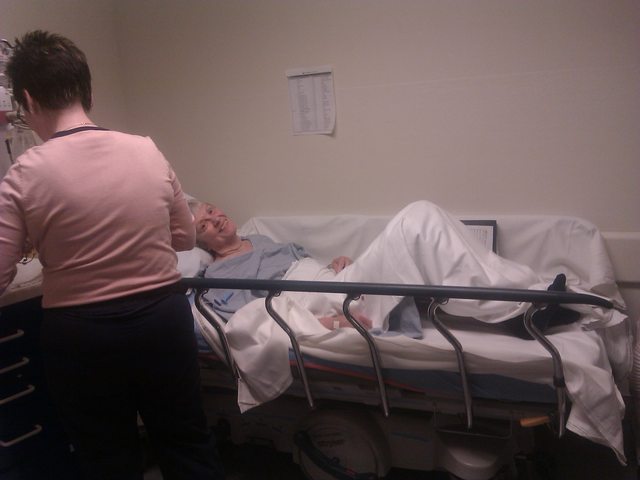 Oh, and guess who’s grandpa is a secret Mexican? Yeah, it’s me. When my mom and uncle were toddlers, their dad, my grandma’s first husband died. So I never knew my real grandfather, and my mom and uncle don’t really remember him that well. We were always told that grandma’s first husband was Spanish. In college, I got a wild, identity politics hair up my ass and told grandma I suspected my grandpa was Mexican. She clutched at her sweater, looked around to make sure nobody heard me, and then she called me ridiculous. I laughed it off, but apparently she recently told my uncle that his dad was Mexican, and even had duel citizenship in Mexico and the US. So I guess I have two Mexican grandpas now, which makes me 3/4 Mexican when just this morning I thought I was only half. Funny, I don’t feel Mexicaner. 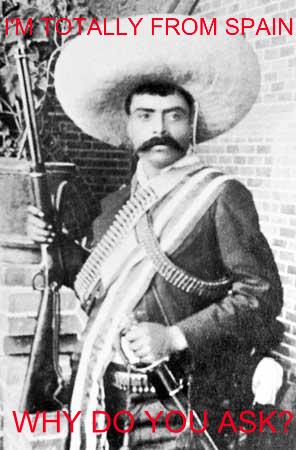 I actually kind of love how terminally strange my family is. When I was a kid, I wished and wished that they would just BE NORMAL. I had fantasies where my real family came for me in their J Crew sweater sets and took me away to a house with a real lawn, and a dog we didn’t find in the dumpster so I wouldn’t have to be a FREAK like they were. I am so glad that wish never came true, because if I didn’t have my family to keep things interesting, I would die of boredom. You know your life is perfect when you have to import your drama.

UPDATE: Grandma is fine, her surgery went great and she’s on the road to recovery.

2 Replies to “So It’s Thursday”