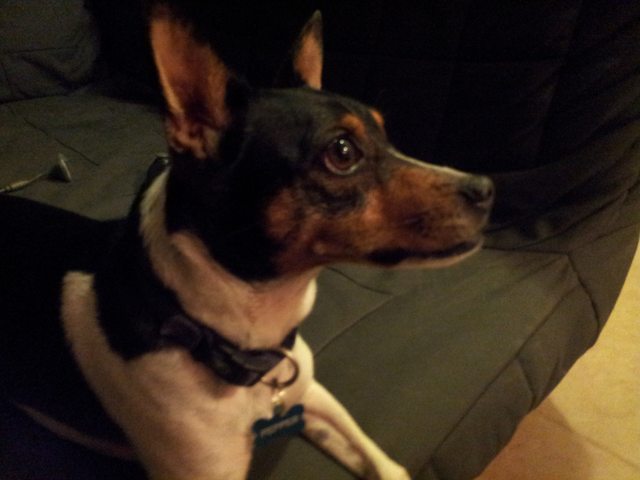 If you follow me on Facebook or Twitter, you already know that we are once again, the owners of a much contested Rat Terrier named Pepper. I didn’t wake up this morning with the intention of getting her back, and in fact, in light of our conversation last week I called GBF this morning to check in and make sure he knew we’d be more than happy to take her. He told me it was still up in the air. So I kicked back and watched Romeos (I give it 8 out of 10, sometimes a little solipsistic, but still cute and touching.)

Anyway, by the time Romeos was over, there were two messages on my phone, one from my Uncle and one from GBF. Apparently, right after we hung up, GBF got his 30 days to quit notice from my grandma, and he decided that we should come and take the dog, since he had to get everything out of her house and garage and try and find another place. So Ben and I drove up and got her. This time, GBF signed and dated a note saying that the dog was ours. We’ll be getting her licensed as soon as we take her to the vet, get her a check up, microchip, necessary shots, and confirm that she has been spayed. So, no dicking around this time, the dog is really, truly, unequivocally ours. 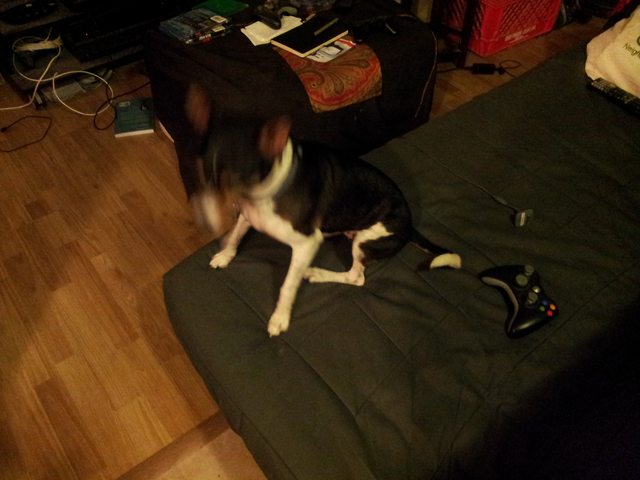 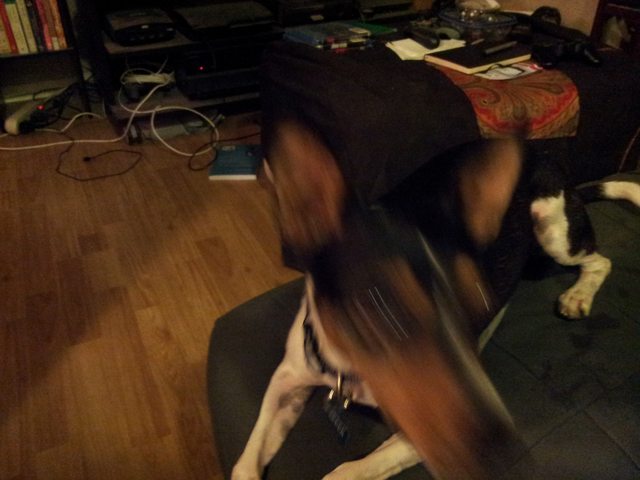 And not very interested in staying still for a photo shoot. 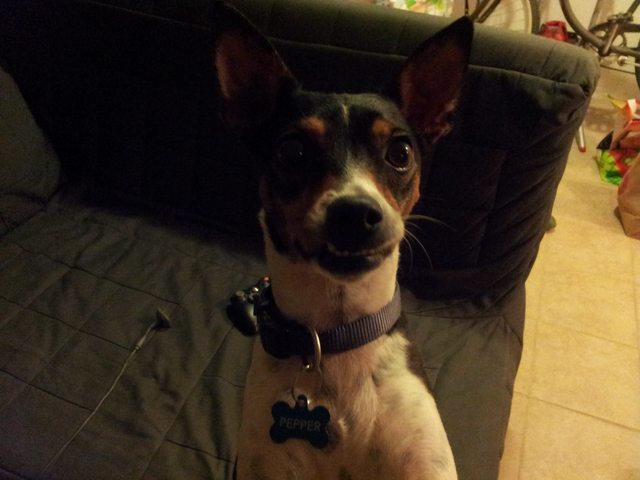 Right after I took this picture, she ducked her head under my phone and licked my neck.

I don’t know if you can see it, but she has a little bit of a snaggle tooth, and her lip keeps getting stuck on it, so her face looks funny. We think it’s adorable.

I knew all along everything would work out fine, right?

Oh, and I illustrated another tweet. I think I have a new hobby. 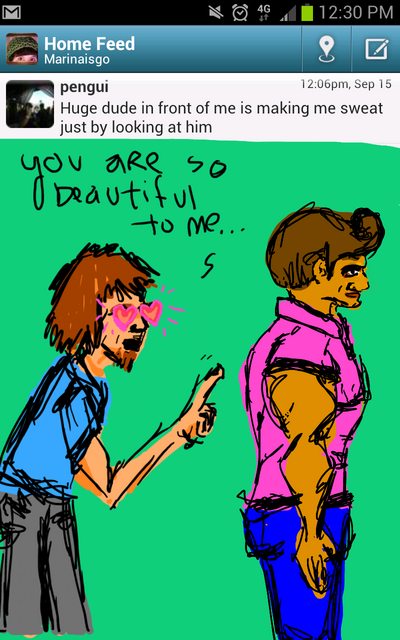 He meant the dude was fat, and it’s hot. But I had other ideas…