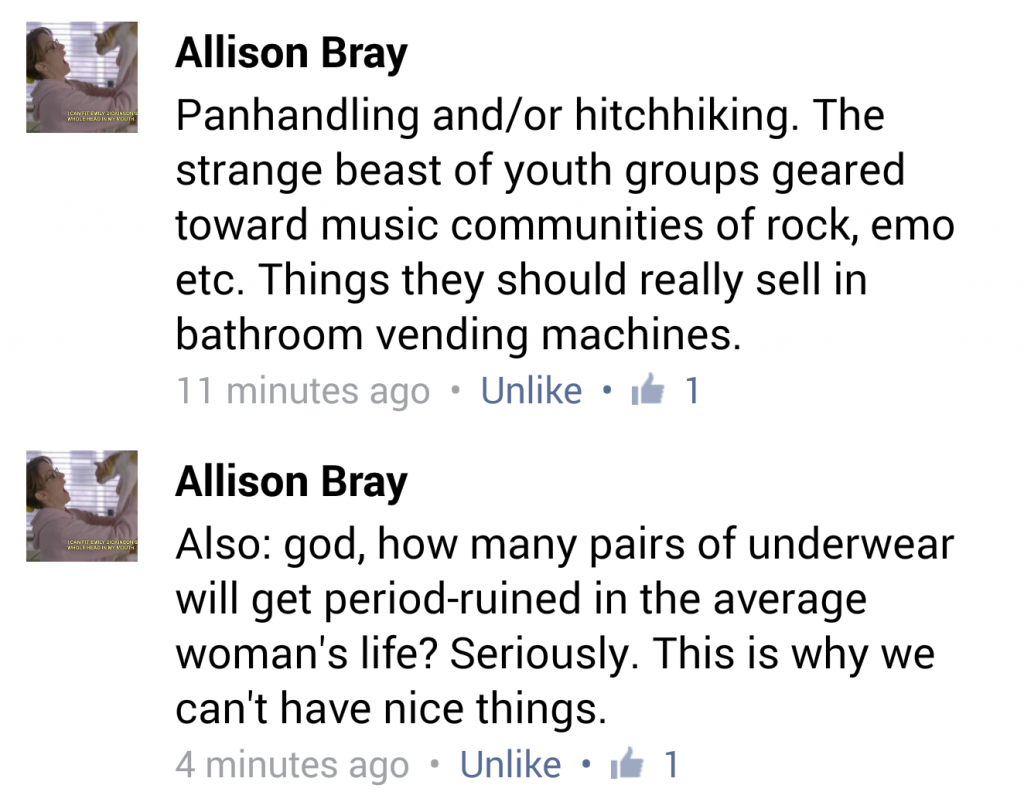 I only panhandled one time. I was getting low on gas, and I had no money, so I made a sign that said “Need Money for Beer.” I sat on the sidewalk for an hour and one douche in an armani suit threw a quarter at my head. I sometimes wonder if I would have made money if I’d been honest instead of lying. It just seemed like the market was already pretty flooded with asshats who seemed to run out of gas in the same place every fucking day.

I’ve never hitchhiked. Because I’m 30 years old and, despite my frightening history, I have yet to be raped. And I understand that the statistics on being raped by a dude who picks you up while hitchhiking are fairly low, and that a person is far more likely to be raped by someone they already know and consider to be a friend than a rando that picks them up on the side of the highway, but I don’t care. With my luck, I’d just rather not chance it.

I don’t think that youth circling around a musical genre is weird. But then again, I was a punk, which came out of the dadaist/surrealist movement, and took a lot of original themes from deconstructionist literary theory. Without knowing it, entire generations of young rebels internalized some of the major philosophical concepts of the 20th century. Which is pretty cool. Also, we had the best hair.

If it takes about one year for the average panty to wear out, with periods expected from about 13 to 50, which is 37 years, that means that your average woman will destroy 1,221 panties for mensural reasons in her lifetime.

Oh, the joys of womanhood.