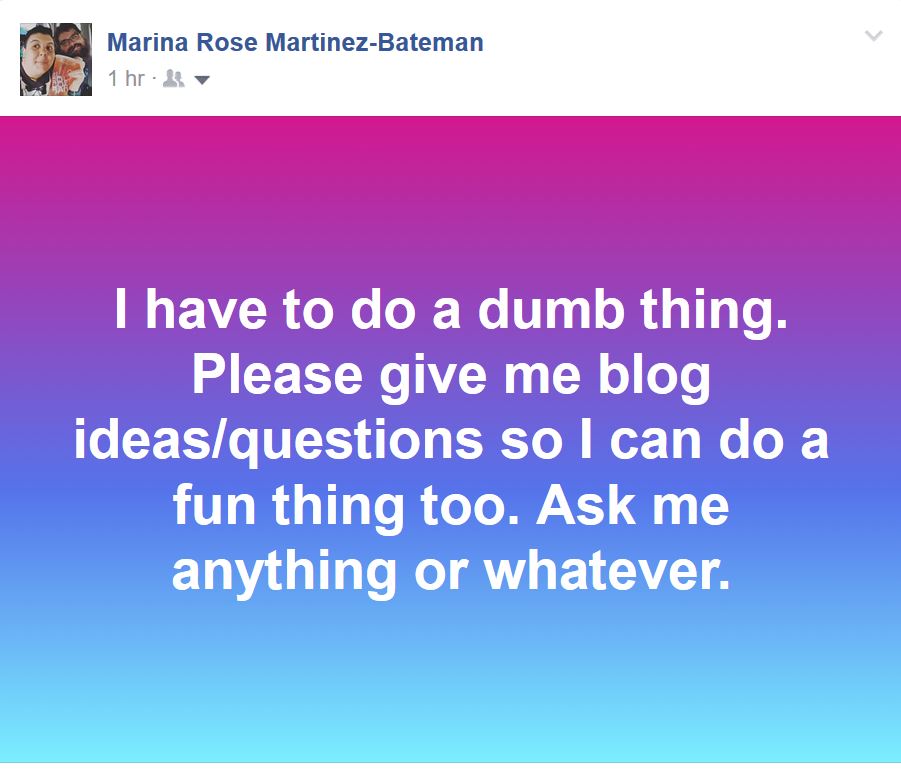 Friend Emmy asked: Hey, maybe you might be able to help me. I am buying from more independent artists/designers now (apparel/pins/postcards/art) and I would like to support mostly women. I am able to find black and white women artists but very few Latinx, the Latinx I do find are Mexican/Chicano – nothing wrong with that but I am not Mexican/Chicano and culturally I don’t feel comfortable adorning myself in (some of) that imagery since I have no real connection to it. Wondering if you knew any Latinx artists with online shops, basically?

Sadly, I’m not as up on this shit as I wish I was. Emmy is herself an artist of color and the owner of GRL TRBL, a strong new voice in feminist arts herself, in case you came to this blog post looking for the same thing.

A few places to look for Latinx artists is the #LatinxsCreate on twitter. We have people from all over the Latino diaspora on that tag, although most of them are writers.

Latina.com also has a list of Latina Etsy artists. Only two of the eight artists listed are explicitly Mexican. Latina.com actually has its own “editor-curated” store, which you can find here.

Remezcla also has a list that’s mostly Mexican and has a few dudes on it, but it’s something.

Autostraddle also has a list of queer etsy stores that features some POC, because of course.

The stores I found that I liked the most were Luna Sangre, and her “Decolonize” snapback hat. She is definitely putting out a lot of Chicanisma, but the decolonize hat speaks to everyone. Except the colonizer. Which is for the best.

This shop Pontela is throwing out Venezuela style that is going over my head, but it looks nice as fuck.

Etsy itself has a Latinx market, but it’s heavily Chicanx

I also found non-binary black (I think?) artist Jacob V Joyce who has a delightful store with zines about being a QPOC in this shitty shitty world.

But that’s about all I can find in the realm of Latinx artists. Which is a sadly small list. We are severly behind the curve with things like activism, analysis, and arts. One of the ways that we’ve traditionally responded to white supremacy and oppression in our culture has been to keep our heads down. Which only means that our generation will have to be the ones to build the space we’ve long been encouraged to give to white people with our silence.

We need to do more listing of inspiring artists, more networking as artists and activists, more documentation of our contribution to this world or nobody else will. With that in mind, please add your fave Latinx artists, craftspeople and shops in the comments below.