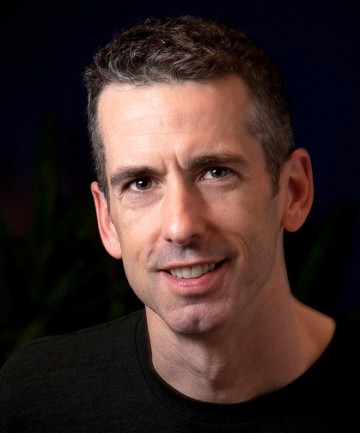 I’ve just finished Dan Savage’s book The Commitment, and there’s a part where he says that, owing to the fact that children need stability, parents shouldn’t change religions randomly, fuck strings of strangers, or change their sex.

The first two statements I was actually nodding my head to. But at the third, I totally balked. Trans parents shouldn’t transition for fear of damaging their children? Isn’t that the same argument that’s used against gay dads for decades? Gay dads and gay moms are just too weird for tiny developing brains to comprehend. They’ll get all confused and starting acting gay. In fact, just as confused as Savage’s son DJ who is adamantly opposed to gay marriage (at six, probably not anymore), but also says that he would like to be gay with one of his friends when he grows up because (again, at six) he doesn’t fully grasp the implications of gayness beyond getting to hang out with your best bud all day every day. This is exactly the kind of “gender role confusion” the Christian right has been talking about. And yet that is a completely innocuous, even kind of adorable anecdote.

For the record, I was totally ready to tweet my ass off about what a buttsack this guy is being to his fellow queers, and how dare he, and whatever the fuck else. And maybe I should have, but this book was written in, like, 2004. I’m sure better, more qualified people than I have pointed out what a colossal shit biscuit a man has to be to spend an entire book defending his own queerness and, in a single phrase, (Not even a whole sentence!) dismiss someone else’s.

But then I realized that in the same book that he denounces trans parents, he admits that he doesn’t even know other gay parents. What does a man who had to vacation at gay parents camp in order to convince his own son that other kids with two dads even existed know about being a transgender parent?

I know this is probably the wrong thing to confess to, but I agree with Dan Savage on so many things, just not the transphobic ones. Every time I read anything he’s written I think that he is who I would have been if I’d been born into a world where people assumed I was competent.

Basically, Dan Savage is the male version of me if my parents had loved me. This is what happens when you live every day knowing first, that you’re only one genetic lottery number away from running this bitch, and second, that whatever massive shit you take on the rest of humanity, your mother will always be the only fan you need.

One of the reasons I’m friends with all my friends is because I have no idea how they really feel on half the shit they have feelings about. Dummies like me and Dan Savage don’t give anybody a chance accidentally discover what the fuck is wrong with us. We’ll tell you. Even if you didn’t ask. I have a feeling no one reading this right now ever wondered what I specifically thought about the one third of a sentence Dan Savage spends on trans parents in a book he wrote a decade ago. It’s a single sentence in and entire book. But then again, it’s not my sentence.

I did some looking around on why I should hate Dan Savage, and one site has a list. One of the items stated that he’s fat phobic. Now, that is my jam. In The Commitment, Dan says a lot more shit about how gross and fat most of America is than he ever even mentions trans people, or even ballroom dancers. Like the ballroom dancers, he seems more concerned with our wobbly, flabby,  appearance and our powers of water displacement than with our ability to parent our (let’s face it) equally fat and offensive offspring. But he also admits that he spent all of fifth grade baking and eating cakes, and that he is terrified of getting fat. He even uses the fact that the majority of men put on weight after marriage as an argument against his mother’s unrelenting pro-marriage campaign.

What I’m trying to say is that I can disagree with people, sometimes pretty fundamentally, but still like them, and appreciate what they do. Knowing where the sentiment is coming from is really helpful to me. I tend to be more understanding if it’s simple ignorance or personal insecurity. I expect that in the 260 or so posts I put out per year on this site, at least one or two have offended or at least bothered more than half of you.

Should I not be understanding? Should I write people off who disagree with me? I actually think that there is a line, but forming an opinion on a population you have nothing to do with and then being daft enough to tell the world about it has got to be a forgivable sin for me because I have done it, and I know I will probably do it again. I’m a loudmouth, and an arrogant priss with nothing but air in my lungs and absolutely no throttle on my brain-voice connector.

@Marinaisgo Need to re-read that 10-year-old chapter, but don't think I would say the same today. Sometimes even I disagree with Dan Savage.

Which I think proves my point. We tend to put too much weight on sound bites. That’s the mistake I was making as a reader when that passage outraged me. This post actually started as a rant against that one third of a sentence, but changed into what it is now after I’d read the rest of the book and thought more about it. We, and I absolutely include myself in that, are too quick to castigate people who are ostensibly on our side for the minority of times that they appear to not be on our side. I mean, we’re also too quick to castigate people who are completely not on our side when the issues they don’t agree with us on are relatively minor.