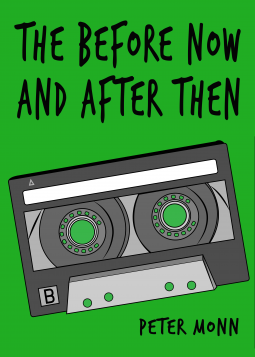 The Before Now and After Then by Peter Monn

Thanks to NetGalley and Pen Name Publishing for the review copy.

I keep seeing article after article on how YA is the new thing, how they’re supposed to be better than regular novels. I’ve tried to read John Green, arguably the undisputed king of YA right now, and I can’t fucking stand it. It’s all about these spoiled white brats in the middle of the country whose pain I’m supposed to take seriously? GIVE ME A BREAK.

In the case of The Before Now and After Then, it’s annoying, whiney characters are only part of what bothers me. The books starts off with a dramatic loss, for which I am supposed to feel so sorry for the main character that I totally don’t care about what a tool he is for the rest of the book. His parents give him a car, his parents have two amazing houses, at least one of which has a pool. His parents give him a puppy, but all he wants is a boyfriend. So he finds another sad, tortured bastard to foist his drama on, and doesn’t it just follow that it turns out to be true love.

If you ever wanted to go to a place where the parents act like petulant children, and the children act like those nightmares where you’re back in high school but all your friends have needles instead of teeth, by all means come into the magical world of The Before Now and After Then. Nonsense made over to sound like truth, codependency and bad choices recharacterized as good living. A veritable smorgasbord of awful, all in one amazing little screaming, crying package.

Needless to say, I was not enamored of this book. The fact that they kill off one character at the beginning of the book instead of dealing with the complexity his presence would add, the fact that they try to pass teenage angst off as real drama, and the fact that throughout the whole thing, the people who are supposed to be mentors and leaders are, in fact, some of the most ridiculous and stupid characters in this whole thing had me finishing it on principal just so I could say that, beyond a shadow of a doubt, I know it earned this rating.

If a friend of mine had written this book, I would tell them, obviously, to try again, but to focus on what they know, not on what they think they should know. Don’t write for everybody else, for some imagined audience, but for yourself. For example, if this review doesn’t ring true at all, feel free to disregard. The book obviously wasn’t for me in the first place.

1 star out of 5 for at least not being written in first person principal on top of everything else.