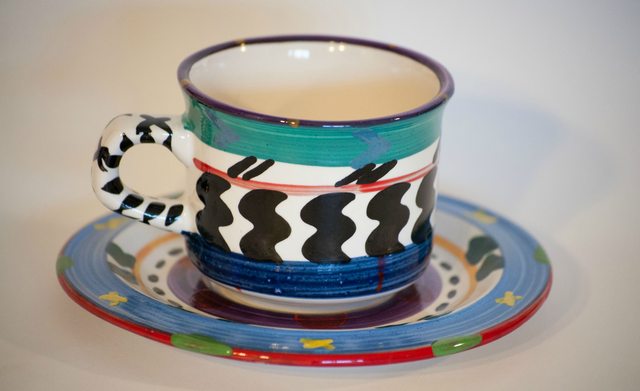 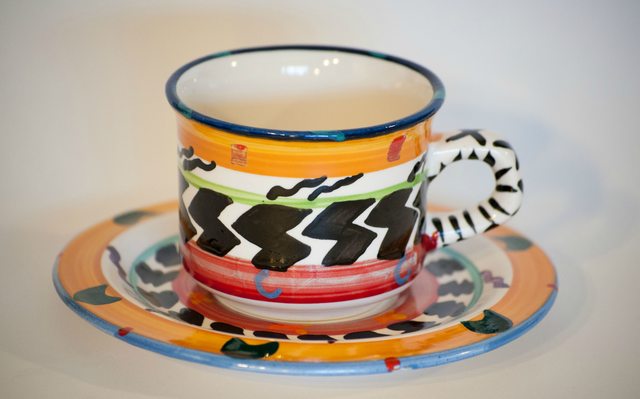 The other day I was walking through a Goodwill in Hollywood when I saw these totally cute, obviously hand painted cups. I looked up the maker, Clementina van der Walt, and found that she was an award winning South African potter. So I bought them thinking I could sell them on the Etsy store I’ve been working on for the past couple of months (more on that later). Unfortunately, Etsy won’t let me list anything I didn’t make myself that was produced after 1994, and the saucers have “1997” painted on the bottom of them in clear, bold script. 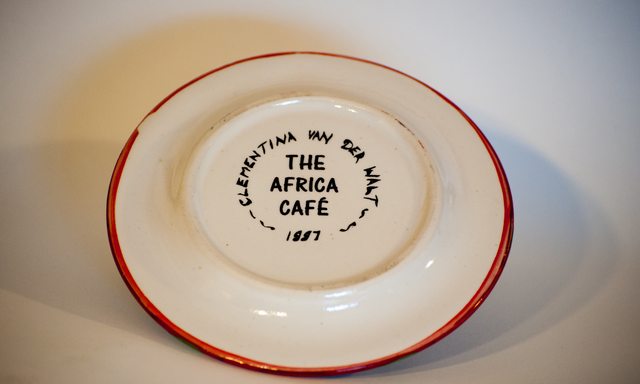 Not wanting to piss anybody off by listing non-vintage items in my brand new shop, I put the cups in an Ebay auction, which you can see here. My starting price is crazy low in order to attract bidders, and I’m feeling a lot of personal drama over that. Ebay was trying to suggest I start it at $0.99, and maybe I made a mistake not listing them for that, but I just couldn’t bring myself to do it. On the one hand, I feel like if I’m ever going to make money off this shit, I can’t be giving it away, on the other hand, it’s not like I’ve ever sold anything on Ebay before. 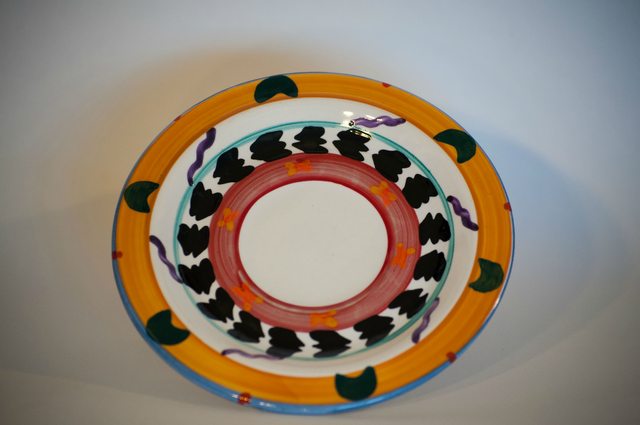 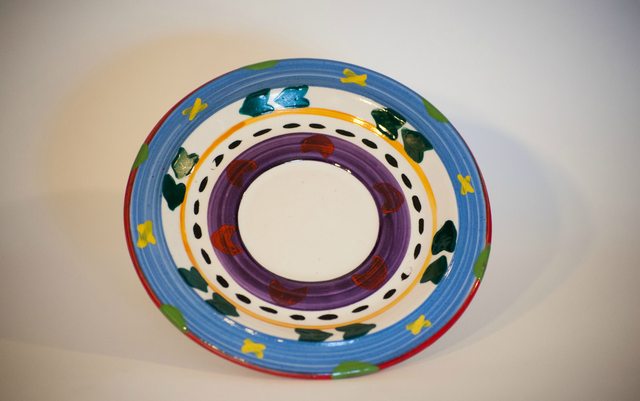 Years ago, I made a little stuffed animal and hand-beaded him a tiny pink heart which I then listed on Ebay at $3.99, since that was the listing fee price. I’m so glad nobody bought him because he’s one of my favorite things I ever made, and if I’d had to sell him for no profit, I would have been pretty sad. I probably would have been sad even if I had made money on him, I love him so much. I wish I could find him, I’d take a picture for you. Anyway, he was the only other thing I ever tried to sell on Ebay, so I’m a little worried about the success of this auction.

Lately, I find myself wondering what the eff I’m doing over here. Not a new thought process, I know, but I’m taking time building a few different revenue streams, just like I said I was going to in my end of the year post from 2012. I know what I want (location independence), but I’m still working out how to make that happen for me. Starting the Etsy store, and finding little things to resell online is one of the ideas I had for how to generate that income. Since the store has yet to launch, these cups are my first offering. I find myself worrying that I’m not going to do this right, or that nobody’s going to buy anything. And that may well happen. It wouldn’t be the first time nobody buys what I’m selling. I sold my services as a house cleaner and a gardener from the time I was barely a teenager. In college I made clothes and hats for people in order to supplement my income. Every job interview I’ve ever been on, I’ve sold myself as hard as I could, and a lot of times nobody bought it.

Part of me thinks I shouldn’t take things so seriously, the rest of me thinks that if I don’t take things seriously, no one else will.I honestly don’t know. I suspect the true right answer is some kind of middle path. If they sell or they don’t sell, I got to buy pretty cups without worrying where the hell I’m going to jam them into my already overflowing cupboards. I call that a win/win.