I’ve been on a Beauty and the Beast kick lately. The other week I rented Beastly, it was truly awful. I mean, in the best way.

Oh shit, the kid just walked in on NPH while he was getting dressed. This movie has taken an awesome turn.

Sadly, it continued on a stubbornly heterosexual bent. 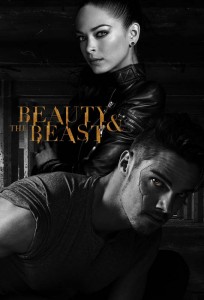 I’ve also been watching the CBS Beauty and the Beast lately, and it is some subversive-ass shit. Damaged soldier returns home, not a hero, but a disgrace whose own government is actively trying to murder him in order to avoid the embarrassment of having made him. Enthusiastic young lady with dreams of being upper-middle class gets her world ripped apart and ends up an embattled city employee, a servant in the system that she’d hoped to run.

This show has everything: speeches about how there’s nothing wrong with being single; why not to be a bigot to your fellow man, no matter what weird genetic mutations they’ve undergone; and why you should never trust the government, no matter how tempting it might seem at the time.

I’m only on episode 9 of the first season, so this could all go terribly wrong, but so far, I’m really appreciating the anti-capitalist, anti-america vibe it’s got going on. Way to go CBS.