I’m tired, I have nothing positive to say, and I feel like this week’s already been pretty shitbuckety. Therefore, batman 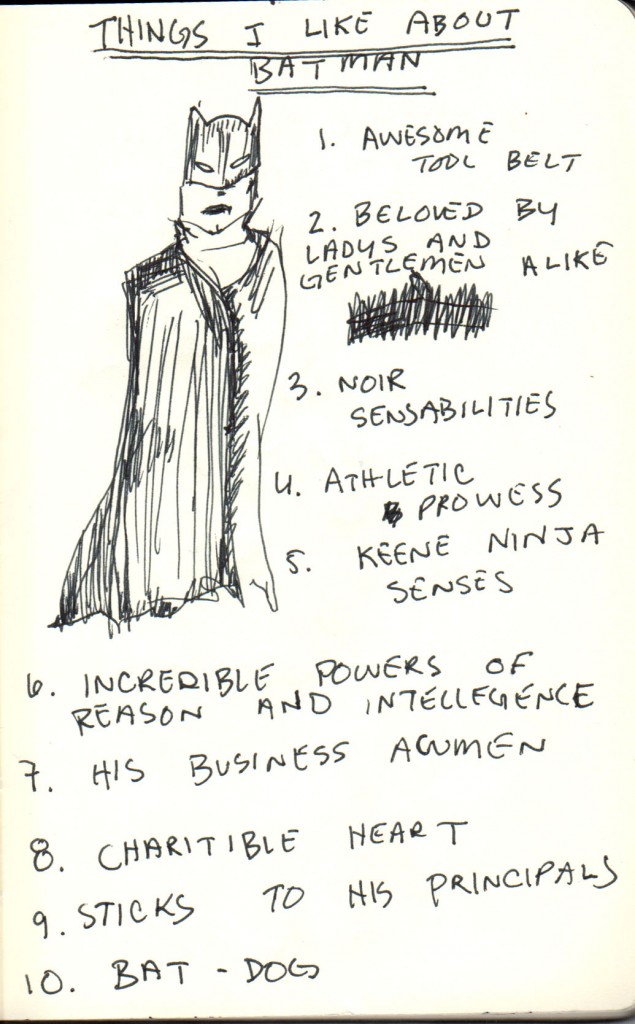 Also, here is a list of gay characters in fiction where the plot involves something other than coming out/coming to terms with their sexuality. I made it for Reddit.

Donald Strachey – It’s good to keep in mind that Stevenson started writing these in the 70s, so there’s a little bit of culture shock, and a little bit of laying it on too thick, but it’s a good, solid series, with a decently awesome main character. Strachey is skilled, and smart, but also a little bit carefree and fun at the same time. And the movies with Chad Allen are pretty great.

David Brandstetter – This series is even older than Strachey, but if you want a glimpse of decades past set in an almost fictional Los Angeles, you have an amazing opportunity. As a native Angelino, the scenery in these makes me feel homesick for a version of this city I never even knew. The detective himself is an independent, hardboiled badass with solid, gentlemanly character and money to burn.

Henry Rios – I actually haven’t read too much of this guy. He’s a little too goody two shoes for my taste. A Mexican American recovering alcoholic lawyer, I think that the writer really wanted Henry to be a shining example of “the community” while maintaining his street cred with a dark and scary past.

Stan Kraychik – I want to read more of this guy, I’ve only read about a book and a half before I had to give it back to my friend. I like Stan because he is the opposite of what you think of when you think ‘private dick.’ A perennially single femmy, hairdresser, Stan is, at his core, an iron lady. Basically Ms. Marple with balls of steel.

Luck in the Shadows by Lynn Flewelling – This is the first novel in a really long fantasy series (6 books and counting) about a couple of spies set in a typical fantasy land. Their adventures are always intriguing, every one is a mystery. Lots of magic, and significant quests and edge-of-your-seat stealthy shit. Also, sword fighting, and international intrigue.

Kirith Kirin by Jim Grimsley – Only available on kindle, but for just $4.99 this is an epic fantasy novel that depicts a traditional light vs. dark war in the context of the head magician’s memoirs. Extremely well written, the characters are all complex, the world is amazing in detail without being dull. If the plot sounds kind of boring, I agree somewhat, but it doesn’t even matter. This is such a well written book that you hardly notice the averageness of the plot underneath it all.

The Steel Remains by Richard K. Morgan – First of a trilogy. If Kirith Kirin is an average story with extremely good writing, then The Steel Remains is a fantastic story with average writing. Ringil Eskiath and his rag tag bunch of larger than life war hero buddies kick down every door, murder every enemy (even those they’ve literally just fucked) and spread their special brand of outlaw justice through the land. Ringil especially is insane. I was a little annoyed that he seems to be so broody about being gay, but I kind of get the feeling that he would be broody about being tall or rich if he didn’t have that.

The Amazing Adventures of Kavalier & Clay by Michael Chabon – This is the best book I’ve read since college. This is the book that kicked off my rediscovery of the novel. Since I got my degree in English, I couldn’t get 10 sentences into a piece of fiction without knowing the whole entire plot and tossing it aside. Maybe it’s because I’m a comic book geek, and it’s about a fictional duo based on the real cousins who created Batman and Superman, but this grabbed me from the start. This is the great American novel. All the hope and the strife that comes with raw ambition, all the danger of having a dream in the real world, of having a truth that needs to be spoken whatever the consequences. The characters are each a rich universe in and of themselves, every single one of them I came to love because they were just so perfectly themselves. And New York is a character too. Set in the years before and after World War 2, the sheer determination of the city, of her people, the spirit of entrepreneurship embed in every single block and building is awesome. It’s amazing. I can’t shut up about it (obviously).

The Road Home by Michael Thomas Ford – This is a story about middle age, and who we become while we’re trying to be who we are. It’s sort of ‘you can’t go home again’ meets ‘there’s no place like home’ but with a 40 year old dude who’s trying to resolve his daddy issues. There is some coming out drama, but through the lens of 20 years after the fact.

A Single Man by Christopher Isherwood – I kind of feel like this should be required reading for all adults. It’s not even like I liked it all that much, but after I’d read it, I felt like it gave me some special kind of knowledge that wasn’t there before. It’s the tetanus booster of books.