So we got the news, my mom has stage 4 metastatic breast cancer. But I don’t want to talk about it.

Today I want to talk about the Cinematic powerhouse that is Be Back Soon, a movie I rented off of Netflix for the promise of gay stuff and got so much more.

Just so you know, I’m spoiling this whole film. But I still recommend you rent it, because no words or screencaps can describe the good kind of awful this is.

The first scene opens up on a hospital, where main character Logan Foster is being told that his wife is dead by a handsome doctor. Enter a gay guy that sort of looks like Mexican Perez Hilton had a baby with this guy: 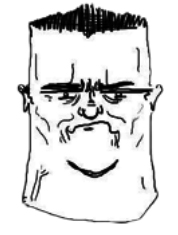 La Ruffalez is distraught as well, but the reason is not known.

Fade to black means time is passing, and we fade back up on main character Logan looking sad with slightly longer hair. We learn that his wife was the best real estate agent ever, and her fat friend is making a poor attempt to honor her memory and sell the house that she and Logan shared for their 5 years of wedded bliss. All of a sudden, a random dude appears and totally gushes over the house saying he drove by it every day and that he already had his loan pre-approved and there’s a pretty obvious part where they mention that Logan’s a sleepwalker. 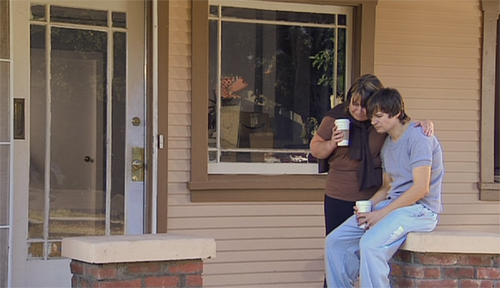 Fat friend is there for you, bro.

Random guy Gil Ramirez buys the house from Logan who is sort of kind of having hallucinations of his dead wife, although it’s unclear if the filmmaker is trying to illustrate how much Logan still thinks of her, or if this is a poorly fleshed out ‘descent into madness’ type thing.

Anyway, Gil and Logan start hanging out and it turns out that Gil likes a ton of adorable stuff Logans wife liked: mystery novels, ketchup and mustard together, ding dongs… you know, stuff nobody else likes except the one super-fine lady you loved and lost.

One night, after hanging out, Logan crashes at Gil’s new house/his old house and he dreams that his wife is begging him to come to bed. So, in a totally foreshadowed sleep-walking turned sleep-fucking turned I guess awake fucking or how else would he remember it later situation, Gil and Logan become power couple Glogan. In the morning, Glogan feels weird about what happened the night before and Logan leaves quickly, although Gill seems demonstrably less freaked out by the whole thing. 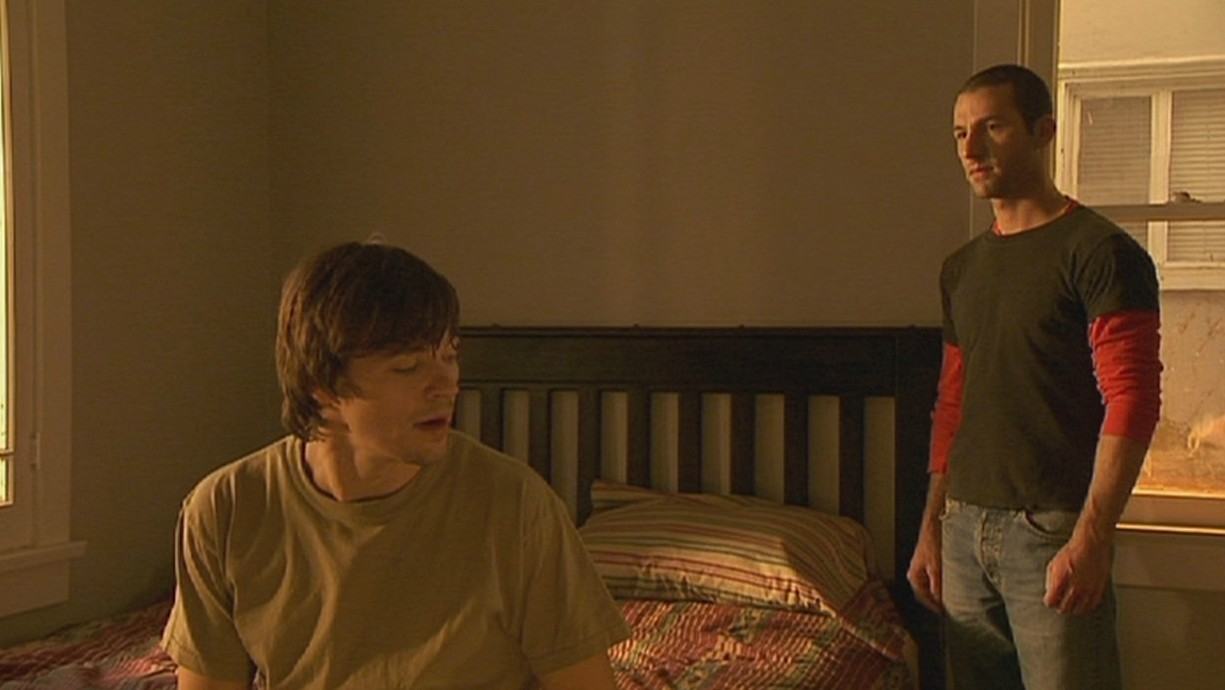 Bro love can be confusing

Later we find out:

Sidebar: I could be wrong, but jail isn’t really the place you have to worry about your butt at. Jail is for divorced middle managers who got caught on a DUI and unemployed pipe-fitters who hit their old lady with a cell phone. Prison is where the raping happens. Prison is where rapists go, and where they have years to dwell on that fact.

Then there’s the most tense and awkward hot tub scene ever: 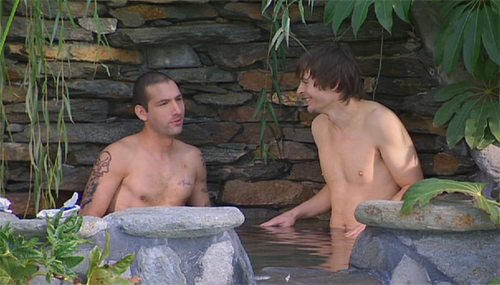 Seriously, Logan standing all squished in the corner like he’s gonna catch something. Which is weird, because according to IMDB this is the second film these two play lovers in. (Don’t worry, number one is next on my netflix list.)

Anyway, we find out in a dramatic reveal that when Gil was dead, he saw Logan’s wife and “brought her back with [him]” 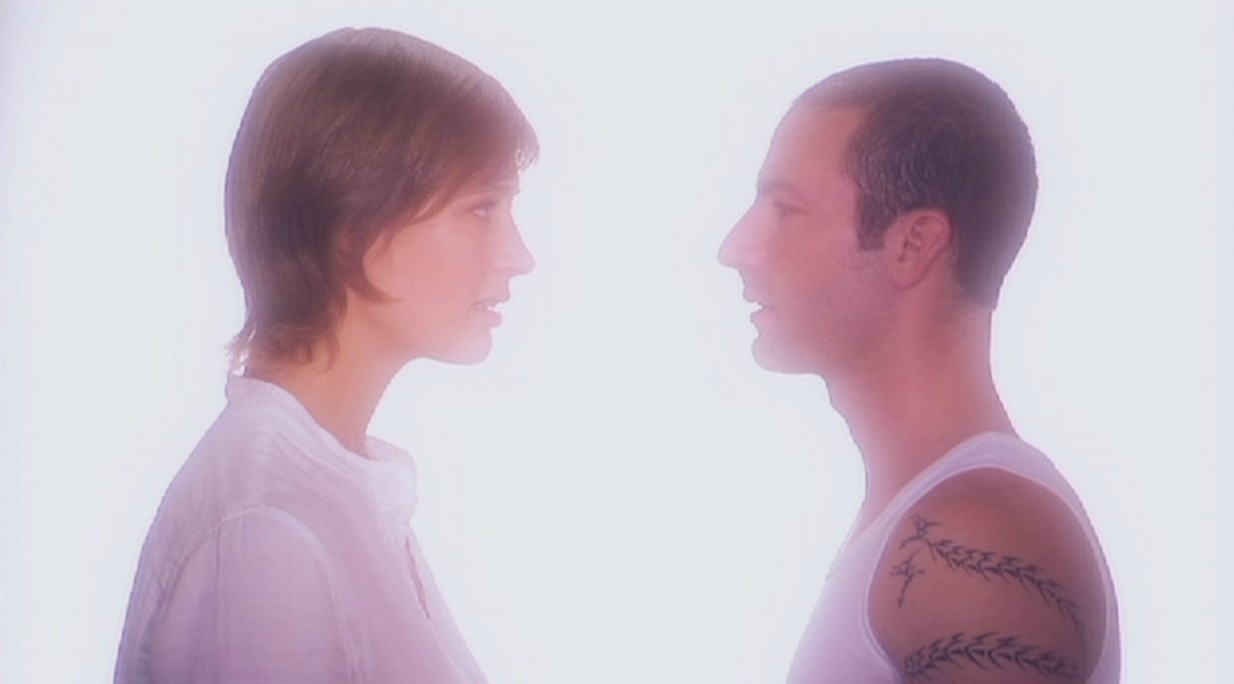 Hey girl, I heard you liked your husband, so I’m a put a husband in your husband so you can practice husbandry with your husband husband. Ima fuck your man.

Which is the reason for the sudden change of lifestyle, the ketchup and mustard, and the having sex with Logan. Glogan is then distraught over the nature of their love. Is it all because of the dead chick inside of Gil, or is it something deeper, like gay love?

After that, things sort of fall apart.

It turns out racist brother in law isn’t just a racist, he’s also deeply closeted and in love with Logan 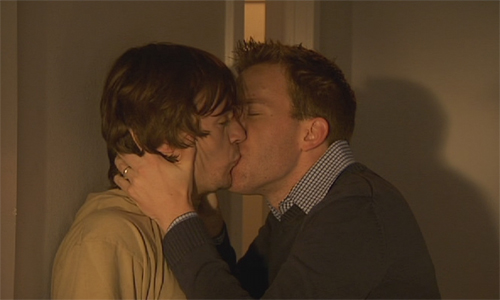 A threatening looking cholo comes to collect on Gil’s debt, and reminds him of his past. 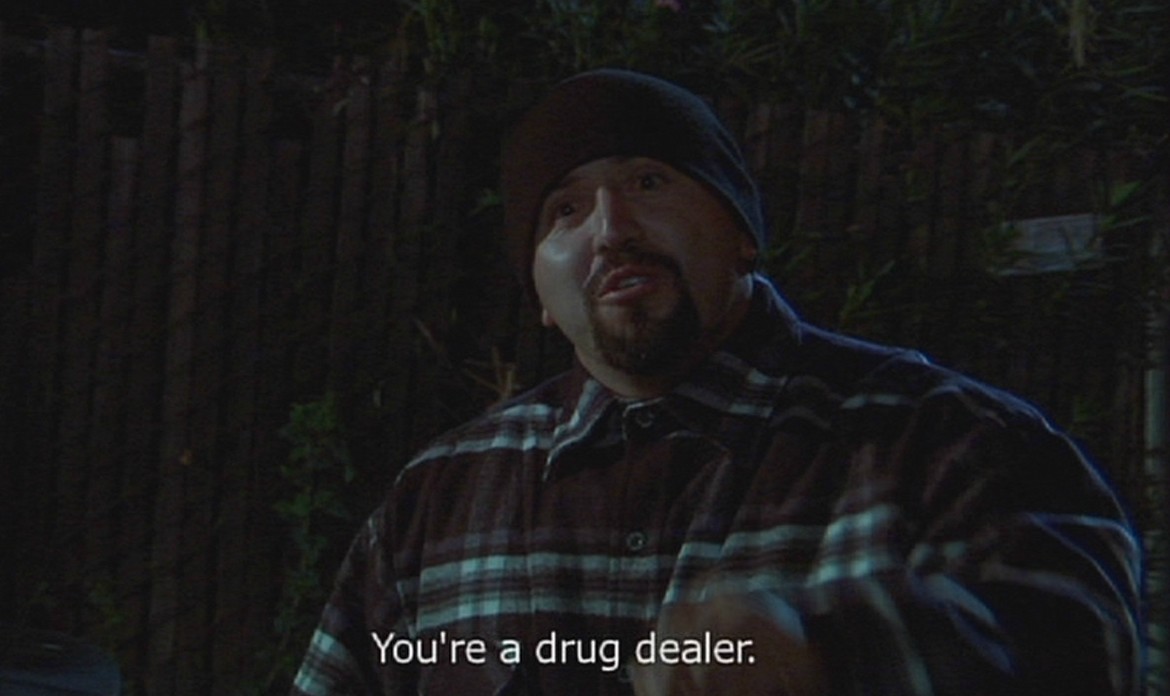 Of course, the Mexican with a dark past that got shot in a drive by can’t be a disgraced tax lawyer or a PTSD suffering soldier. He’s gotta be a drug dealer. WE DO OTHER THINGS, PEOPLE. (I myself only dealt drugs a few times, that’s hardly a career.)

Anyway, the cholo shoots Gil and we cut back to the lightbox scene from Gil’s last near-death experience. Logan’s wife is there, and after she says her goodbyes, she gives him a snog (why not, everybody else gets a ride) and walks off into the light. 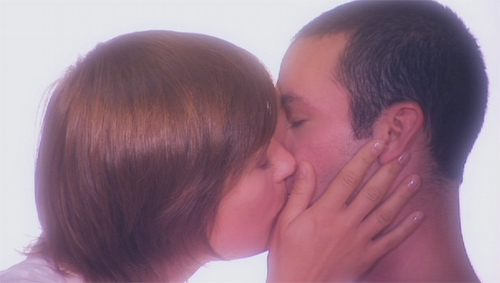 Is it still necrophilia if you’re both dead?

Good news, Gil’s not dead, but Logan’s wife has moved on. The last scene pans out as Logan reintroduces himself to Gil in the hospital now that his dead wife isn’t complicating things between them. Will Glogan continue? Will the each go their separate (straight) ways? No one can know. Unless…

BE BACK SOON 2: BE BACK SOONER, RUFFALEZ TAKES REVENGE
In theaters 2014

One Reply to “Bad Movie Theater: Be Back Soon”