My friend told me AA meetings were a great place to pick up chicks. It sounds kind of sleazy. What’s your take on it?

No Really, It Was My Friend

Well, NRIWMF, nobody, except maybe PUA jerk offs like your dickhead friend comes to a 12 step program without going through some serious shit. First of all, the idea that women need to be tricked into meaningless sex is abhorrent to me. If a woman wants meaningless sex, she can go out and find it for herself. Second, the idea that a woman who’s suffered enough trauma that she’s decided to ‘turn her will and her life over to a power greater than [herself]” should be regarded as little more than easy pickings is mean and stupid.

I’ve been involved in the 12 steps for enough years to notice that in addition to the regular nursing and psychology students who come in and out of the meetings, there’s a selection of dudes who are clearly not interested in recovery for themselves. They generally sit in the back, dress like they’re going to a club, stare awkwardly at female members, and avoid taking to other men at all costs. Now, one or all of these characteristics could easily be those of your typical newcomer, but there’s a sort of hunting quality to these guys that doesn’t come with the desperate individuals who generally find themselves in a 12 step meeting.

Despite the fact that none of us have ever seen them before, they usually all claim 10 years of membership (no more, no less), and can’t seem to remember the meetings they’ve been in for the last 10 years while the rest of us have been going to the ones on planet earth. If they share, they share about what a good boyfriend they are, but manage to stick in how they’re currently single.

At break, they make a beeline for the most vulnerable looking females. The shittier ones head for the youngsters, but the smart ones go for the fatties, or older ladies who still have OK bodies. They ask stupid fucking questions that either make it sound like they’re at a night club, or a counselor in an abuse center. They often try to characterize themselves as a protector, or a good friend, even when we’ve never met them before in our lives, and they couldn’t protect rock from scissors.

These guys have no business in meetings, and I’m not saying that to keep them from bothering us, it’s really for their own safety. Heading to a 12 step meeting in search of an easy fuck is gonna get your dick caught in colossal vacuum of crazy such that the vortex will rip up your pubes and deposit them in your eyeballs like a cow in a church attic. Don’t get me wrong, not that all women in 12 step recovery are that insane, just that the ones who are going to fuck a guy they’ve never seen before, who they met at a meeting, who’s obviously on the make. Basically, you went to the boundary issues club, and you picked up the zebra who had so much baggage to carry, she couldn’t limp away from you like the others. This may mean a blowey in the alley behind the church, but it also probably means your name tattooed on her neck before the week is out, and probably her name tattooed on your dick whether you want it or not. 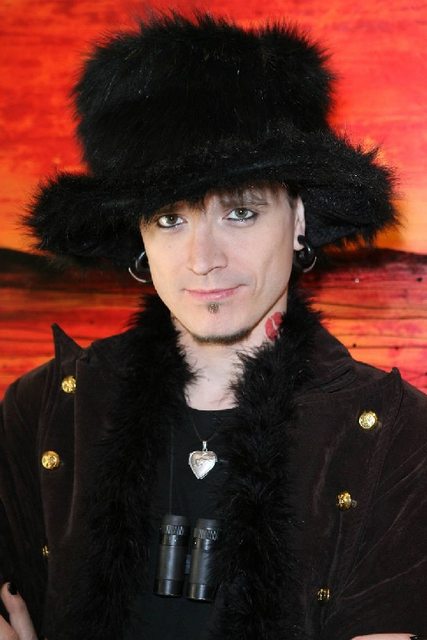 On second thought, please date our crazies. You look like you need another cock tattoo, bro.

P.S. How do you guys feel about advice communists who manufacture fake questions in order to complain about things? Because I like them.