Last weekend has been so dramatic and so filled with ballsackery that I’m actually reading my own Facebook to remind me of the timeline. 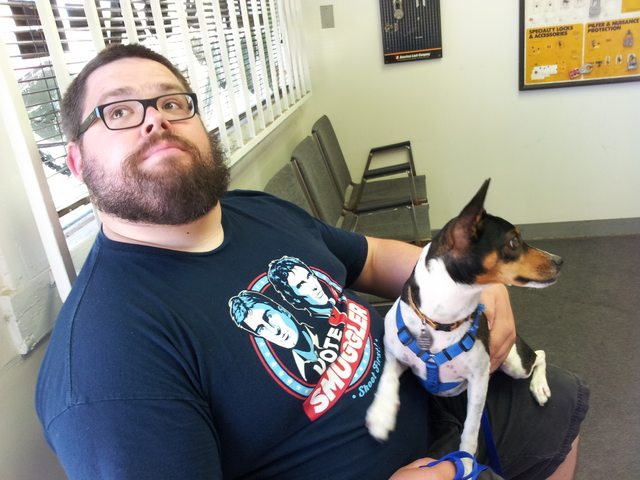 Hold on, I have to get everything going the right direction.

All right, on Saturday I had to return Grandma’s house keys, so Ben and I headed up, making a few stops along the way that ended up taking most of the day. When I got to the nursing home, GBF was there, and as soon as I sat down he started passive-aggressively sniping at me about the dog. He said he “couldn’t imagine” the poor thing stuck in our tiny apartment (a “tiny” apartment he’s never seen, but has decided for the purposes of his guilt trip is practically a squalid box made especially for dog torture rather than the 900 square feet of ghetto fabulousness and it actually is). I bit my tongue. Looking back, I probably shouldn’t have, but I was determined not to hillbilly out and cause drama at the nursing home like the whole rest of my family had already done. So I didn’t point out that the dog cowers away from people, or that Grandma told me he fucking screams at her, or how she also told me that he used to hit her but that he doesn’t anymore, which means fuck all to the dog, because he’s still a giant scary man who screams at her.

I sat there listening to GBF back-bite my mother, my uncle, grandma’s best friend, my apartment, my ability to care for a dog, and me; after which he would swear up and down, in a well memorized speech about how he prayed to God and how he’s a changed man, and he’ll never ever do it again. Also, that he didn’t even really do anything wrong in the first place. “I mean, the judge dismissed the charges, didn’t he?” By repeating the same silly lie over and over, you only succeed in fooling yourself. Everybody else just thinks you’re a tool. I was glad to get out of there and go back home with Ben and Pepper.

Sunday was a lazy day, we went to Petco and bought the dog new everything, as well as a tag with our address on it, then later on we went to dinner and ate delicious tacos at JC’s Street Tacos. They’re new, so they didn’t even have patio furniture yet, but they set up a table outside for us since we had Pepper with us. Monday was the day the shit really hit the fan.

Since it was Labor Day, we had the day off. I slept in, and was woken up by a call from my grandma. The conversation went something like this:

Me: Grandma, what’s up?
Grandma: I need you to give the dog back.
Me: What?
Grandma: GBF won’t stop harping on it, he’s driving me crazy.
GBF (in the background): That’s not what I said.
Grandma: He won’t shut up about the damn dog, and he said I had no right to give it away, so I need you to bring it back.
Me: You can’t give someone a dog and then take it back.
Grandma: I’ll get you another dog

At this point I realized I’d been awake for about 9 sentences and I can’t deal with their shit in this state, also it’s ridiculous that she’s trying to get me another dog when I didn’t even want a dog in the first place, but now that she’s trying to take my dog I don’t want to give her back. I told her I had to think about it and got off the phone. While I was deciding, GBF called me about 5 times. “I have to think about it” is clearly not in his vocabulary.

I called my friend and talked to her, she suggested I make a pros and cons list, so I did. The pros were mostly that if I gave the dog back, we wouldn’t have to make the financial sacrifices we were going to make for her, and that we’d be able to bow out of the family drama at that point and have our regular lives back. The cons were that I’d feel extremely guilty about giving the dog back to the man that made her afraid of people in the first place, and that I really like this dog. After the pros and cons list was finished, Ben suggested that we go to breakfast so no decisions were made on an empty stomach. As a lifelong fatty, and generally rational decision maker, I felt the logic was sound. We talked about it while we ate, and Ben expressed his fears that if we didn’t give the dog back, GBF might retaliate against us physically. He is a sketchy bastard, who once got arrested for threatening to murder someone, who did just get out of jail, and who isn’t operating on all cylinders. And while those are hardly reasons he makes a responsible dog owner, they’re also reasons to steer clear of conflict.

With that in mind, I decided that I would give the dog back, but I would also say that me giving the dog back would be my last act as my grandmother’s advocate. My uncle is power of attorney anyway, it’s not like I ever had any real influence, I only tried to make sure her hospital stays were comfortable and that she had everything she wanted. I told her that I would not be calling to check on her, and I would not be talking to the hospital staff for her, and that I would not be put in the middle of her and her boyfriend’s drama again. Flatly, she said “OK” and we made arrangements for where GBF could pick up the dog. At some point she tried to justify herself to me, claiming that the boyfriend was just so pushy, that he was so upset about the dog, that she had no choice. Echoing her ‘OK,’ I told her I didn’t care and I hung up the phone. I immediately burst into tears. Not because of what I had said to my grandmother, I felt and still feel completely justified in my anger at her, but because of what I had done to the dog.

The psychological implications of handing over an innocent creature to my indifferent grandmother and her violent partner are not lost on me. What had been done to me 25 years before, I was recreating with this dog. The argument GBF makes for her being his dog is actually a fairly good one, namely that he’s the one who brought the dog home, and that my grandmother doesn’t even like the dog, and never wanted it. As it was with me, the responsibility of the dog was thrust on her by an outside party and she has provided the minimum standard of physical care and financial output while allowing her partner (for me it was my grandfather, for Pepper it is GBF) to abuse the animal in whichever way he sees fit. Although, in my grandmother’s defense, she made at least a minimal effort to remove me from the house before the sexual abuse my mother experienced started in earnest for me (there was a small bit of impropriety that, as I look back, seems innocuous out of context, but was probably the beginning of something serious).

Anyway, I felt like I was completely selling out this poor dog, who is a sweet, nice, obedient and loving pet, despite her poor treatment at the hands of my grandmother and GBF. I cried for the next 2 hours while we packed up her stuff and waited for her to get picked up. I ran over the conversations I might have with GBF when he came for her I planned to remind him that he’d agreed to give Pepper to me, and that a real man would stick to his bargains. I wanted to tell him that he was an elder abuser and that he would get his for using my grandma. But she’s a fully active participant in their relationship. She’s not some shy, retiring lady that suffers under the weight of this terrible relationship. Grandma is the type of woman who needs to find the craziest, most damaged person in the room so she can stand right next to them and never leave. She has always done that, and because of it she’s allowed her children to be abused, her animals to be neglected, and her own friends and family to be alienated from her life time and time again. Then, when she is alone with the man she chose, she cries wolf so people will come back to her and when they do, she gets upset that they are in her business, and calls them meddlers.

It took me a long time to realize that I was the only one getting hit in my house. Grandma used to pretend that we were the victims of my grandfather’s rage, that we were a team against his ogreish ways. But he never laid a finger on her. It was always me getting punched, and me getting told that it could be worse, and me getting new therapists whenever I told them what was really going on. My grandmother is a princess who builds her own castle, climbs up to the tower, and gleefully counts how many brave young princes get eaten by alligators in the moat that she dug.

I’m still upset with myself for giving the dog back. Every single person I talk to says I should have kept her. Despite this, I still feel (mostly) that what I did was the right thing for everyone involved at the time. The reason Ben and I don’t have a dog of our own is because we can’t comfortably afford to. When we have a dog, I want our dog to have the best possible life, and part of that preparation means not getting shanked by my grandma’s crazy jailbird boyfriend before that time comes. I also need to understand what belongs to my life and what doesn’t belong to my life. Taking possession of someone else’s dog so that they’ll stop fighting over it, or so that there is a modicum of peace in the family was an overstepping of bounds. Hopefully there won’t be a next time, but knowing my family there’ll be 10 worse next times. So next time there’s a situation where her animals might starve without my intervention, I don’t know what I’ll do, but I certainly won’t do what I did this time.

I’m writing this on Thursday night, 3 days after I told my grandma to fuck off with her boyfriend, and her dog and her drama. I haven’t heard from anybody in the family except a brief phone call with my mother where she cried and I said she should call me if she felt like it. The silence has been nice, but also sad. For all the running around I was doing, and all the hours and days of my own life that I completely skipped out on to take care of grandma and make sure she was OK, I am apparently not missed at all. I know, I told her to fuck off, and she’s done exactly as I asked. I have this terrible habit of accidentally doing for others when they could do for themselves, and then getting really resentful when I’m not appreciated for totally violating the boundaries of both myself and the object of my attention. Feels bad, man. 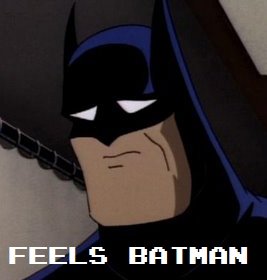 2 Replies to “And That’s How We Ungot a Dog”