The day after my meeting with mom was the day Grandma’s boyfriend got out of jail. She had been telling everybody in the family how it was over with him, she was tired of hit shit, etc. When he called me and told me that the judge dismissed his case, and he was back on the streets, I was surprised and unsure of what to do. Honestly, it never occurred to me that this was a thing that happened, I really thought that once you went to jail that was it and you had to stay there until your trial unless you had someone to bail you out. Since it was obvious that he hadn’t spoken to my grandma yet, I told him to call her and got off the phone as quickly as possible.

Eventually I got word that he was at the nursing home, and she was trying to break up with him, and my mom and Grandma’s best friend were supporting her. He wasn’t taking it well. For the next 5 hours, the saga of their break up raged through the nursing home as well as on my phone and my Uncle’s phone. Incidentally (or maybe purposefully) Ben and I had decided to go get new Samsung Notes from T-Mobile that afternoon, so I spent our entire time at the T-Mobile store pacing back and forth on one phone and then another, dealing with intermittent bouts of crazy family drama coming down the line. While Ben took care of buying our phones, changing our plan (I had literally 15 minutes left for 2 weeks and knew I’d need more) and transferring the information all while regaling the T-Mobile staff with stories of my increasingly crazy family.

From what I’ve pieced together from eye-whiteness statements, as well as what I heard on the phone, and what was told to me at the time, this is what happened. GBF showed up at the nursing home, thinking that since the judge dismissed the charges, that means that nothing really happened. Yeah, not like your girlfriend ended up in a nursing home because your ass was too in jail to take care of her or anything. Anyway, when the breakup started, he launched into his defensive argument, which was to alternate between claiming to have seen the light in jail, and yelling that she took his dog (the dog I had with me because somebody had to take care of her while he was in jail and grandma was in a nursing home.)

So GBF is trying to get Grandma to take him back, calling me on the phone saying that my mom and grandma’s best friend are bullying my grandma into making her break up with him when he’s the one yelling in her face that she has to take him back and then yelling all over the place and over the phone to me that I have to give his dog back to him… right now, at 10 p.m. on Friday night. Like I’m going to struggle through the sea of drunk drivers that is the city of Los Angeles in the (near) middle of the night just so that you can have a bargaining chip in a fight with your girlfriend. I. Am. So. Sure. 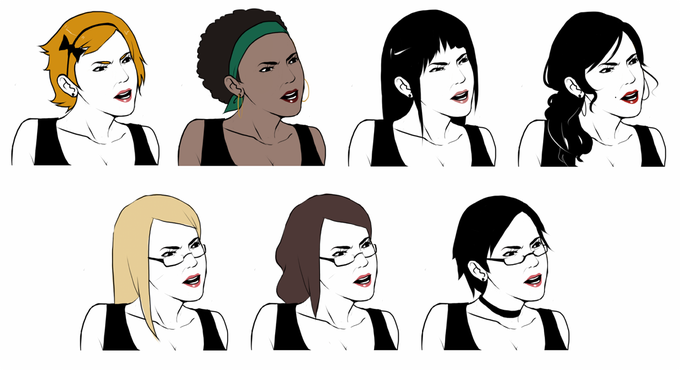 This face forever and ever.

He ended up calling me about 8 times, demanding that the dog is his and that I better give it back. He also tried to convince me that he saw the light in jail, that he prayed to a God he didn’t believe in “to banish that devil Satan from my soul” and that it worked, and now he’s cured of his alcoholism (this is real) like Charlie Sheen (OK, so he didn’t say Charlie Sheen, but everything else in that sentence is totally 100% real). He also cried about the dog and how much he missed her which is absolutely the wrong tactic to take with me if you want anything. Yeah, a lack of compassion is a character defect of mine, but the second somebody starts crying at me to get their way, they might as well just jump off a cliff for all the help I’ll give a whiner.

Anyway, after the 8th time this douche called me telling me that the dog they got together is now “his” dog, Grandma and him made a deal. They’d get back together and everything would go back to normal if he gave the dog to me. Which is interesting, because at no point do I recall saying I wanted the dog. I just didn’t want to go driving through the city in the middle of the damn night in order to give an angry drunk a dog right after he’d bee dumped and kicked out of his only home. The only thing this man owns is a scooter and some clothes (and maybe a dog, depending on how admissible shouted claims are to the courtroom of your opinion). It’s not even like he has a van to live in now that my grandma’s kicked him out.

In my ideal world, we’d hold on to the dog until grandma got out of the nursing home, and then we’d give her back. That way, grandma has to worry about her food, and exercise, and vet bills; something we’d have to make some budgetary sacrifices in order to be able to afford. Basically, all I wanted was for the dog to be safe and cared for, which is why it’s a mistake to take any responsibility for anything in my family because now we have a dog we didn’t plan for in the slightest. Ben and I talked about it, and decided that even though we didn’t plan on it, we could do it, that she’d be our dog and we’d take care of her and provide for her for the rest of her life. Thank God it was a holiday weekend, and we couldn’t have gone through with the financial plans we were going to make. As it was, we ended up buying her a bunch of stuff at the pet store, and sitting around planning for her future. Ben even said something to the effect of “this might be the first dog our kids play with.” Basically, I went from not having a dog and not really wanting one to day-dreaming about her being our family dog, and feeling really happy about that in the space of a couple of hours. I was so wrapped up in this sweet little dog that I completely forgot that I was breaking a cardinal rule of my life. I deluded myself into thinking that something (anything) good could come of me interacting with my puke bucket of a gene pool.

Anybody that follows me on Facebook will know that this is absolutely not the end of the story, and anybody that knows me in real life will notice that I don’t currently have a dog, because of course my family is shit and they would never do anything that turns out good. Like, ever. But I’ll stop here, because we ended Friday thinking we had a dog, and Ben, and the dog, and I slept peacefully in our bed, completely oblivious to the fuckery ahead of us. 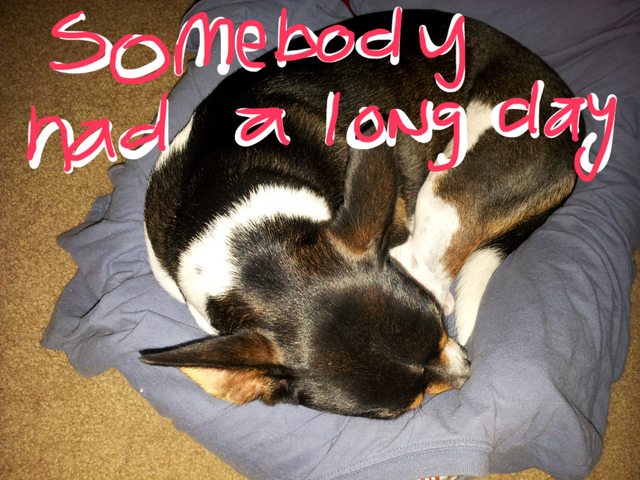 Also, I can draw on pictures on my new phone.