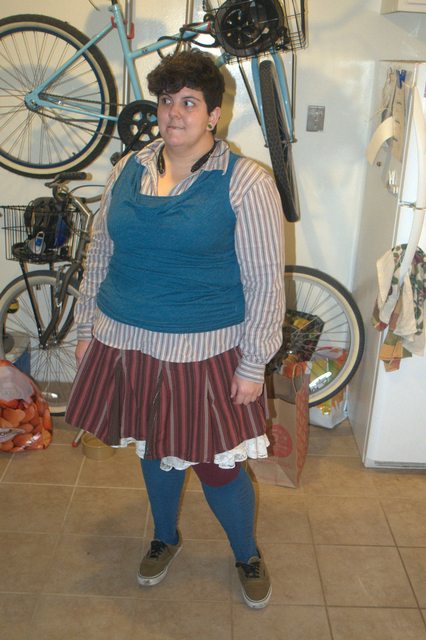 After the holidays, I started listening to The Design of Everyday Things on audiobook. Initially I was worried that I wouldn’t understand the visual references, but that wasn’t a concern at all because it turns out I didn’t give a glittery golden shit. The first edition was written in 1988, and supposedly revised since then. The audio was recorded in 2011, but it was the most ancient fucking thing I’d ever heard. He speaks incredibly specifically about technology that was obsolete when he wrote the damn book. It was basically 8 hours of listening to your Great Uncle complain. It could have been boiled down to a half hour for all the usefulness it retains. That said, as a person who does design things from time to time, it’s good to have read it at some point, since designers think this thing’s the fucking bible. But I’m glad to be on the other side of Pop Pop’s Lecture on Those Newfangled Floppy Disk Thingies.

To add insult to injury, after DOET (or Do It in the industry) finished, I decided to reward myself for being good and listening to the boring book with some rousing and interesting no brainer fiction. Scrolling through my library I found Beautiful Creatures, which I must have unwittingly bought at one of Audible’s many 2 for 1 sales, because I can not fathom giving up one of my precious credits for this heap of crap. It’s basically coat-tailing on the recent rash of successful supernatural teen fictions, although in a rare twist it’s actually not a complete exercise in misogyny. For that reason, it has held my interest for 7 of its 17 hours, but I’m wavering. Like I said on twitter, Beautiful Creatures is basically Teen Wolf without the supporting cast. If I wanted to hear about idiot teenagers mooning over each other and acting like the world was ending, I would have gotten a teaching credential like every other English major on the planet. I know I’m not exactly it’s intended audience, so I can’t really blame it for being stupid. I have enjoyed tweeting about how delayed these little jerk-offs are, but I don’t know if that can take me through ten more hours of entitled pouting.