This is Spencer, he’s 10 years old and he spent 9ish years in a shelter because he’s shy. At some point a man adopted him, but brought him back and claimed that he “didn’t listen.” Based on his behavior, we’re pretty sure the man threw things at him.

We adopted Spencer because we wanted a co-dog for Pepper who was bigger than her, but who would be submissive to her and not make her nervous like most large dogs do. I thought it would take us a long time to find him, so we started the search the day after we closed on this house. We adopted him within a week.

The thing I like about animals is that they always have a reason to do the shit they do. People do too, but we’re too good at rationalizing our coping mechanisms. It’s easy to get to the point where we really believe we’re just difficult or shitty and we think that’s never going to change. Dogs generally lack that level of ego, so it’s easier to teach them better behavior.

Spencer has a lot of fear, and no one learns well when they’re afraid, so my first task was to bring his anxiety down so we could communicate with each other. That started with putting treats in safe places for him to find so he could feel happy in addition to feeling anxious. It moved on to me being near the treats when they were eaten, then to him eating out of my hand and now he has to make eye contact with me before he gets his treat. During that time, he’s decided to come when he’s called, indicate when he wants to go outside, and even to request pets by bumping our hands with his head. Pepper has been really helpful in showing him this stuff.

In November, he’ll have been with us a year. From a dog who had never been house trained and who wouldn’t leave his kennel–even to go to the bathroom–to the dog he is today is a transformation I feel very proud of. Especially when I look back on what I was doing during that time and acknowledge that the most staggering changes in his life took place when I would have definitely considered myself incapable of having any positive effect on the world whatsoever. 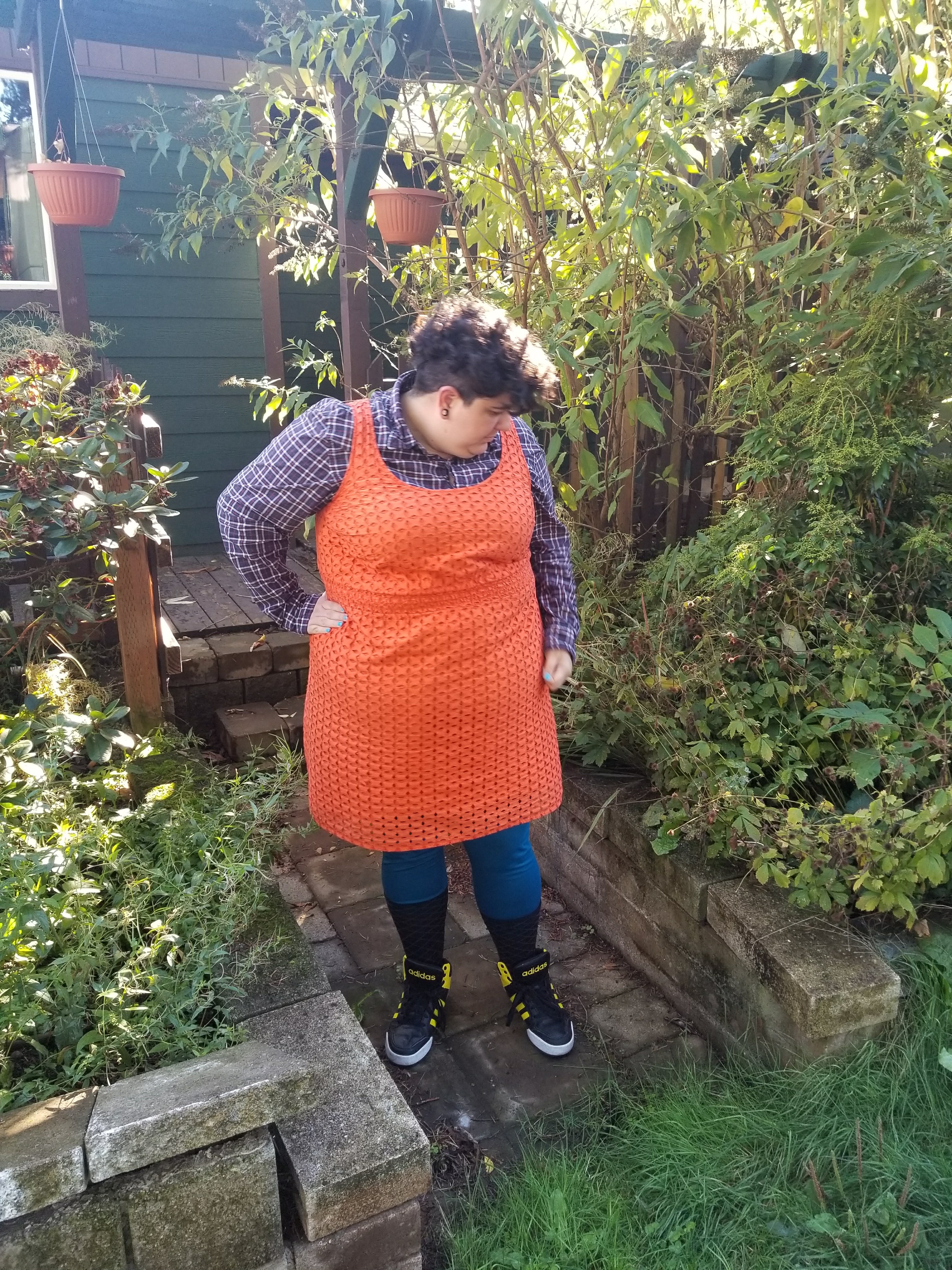 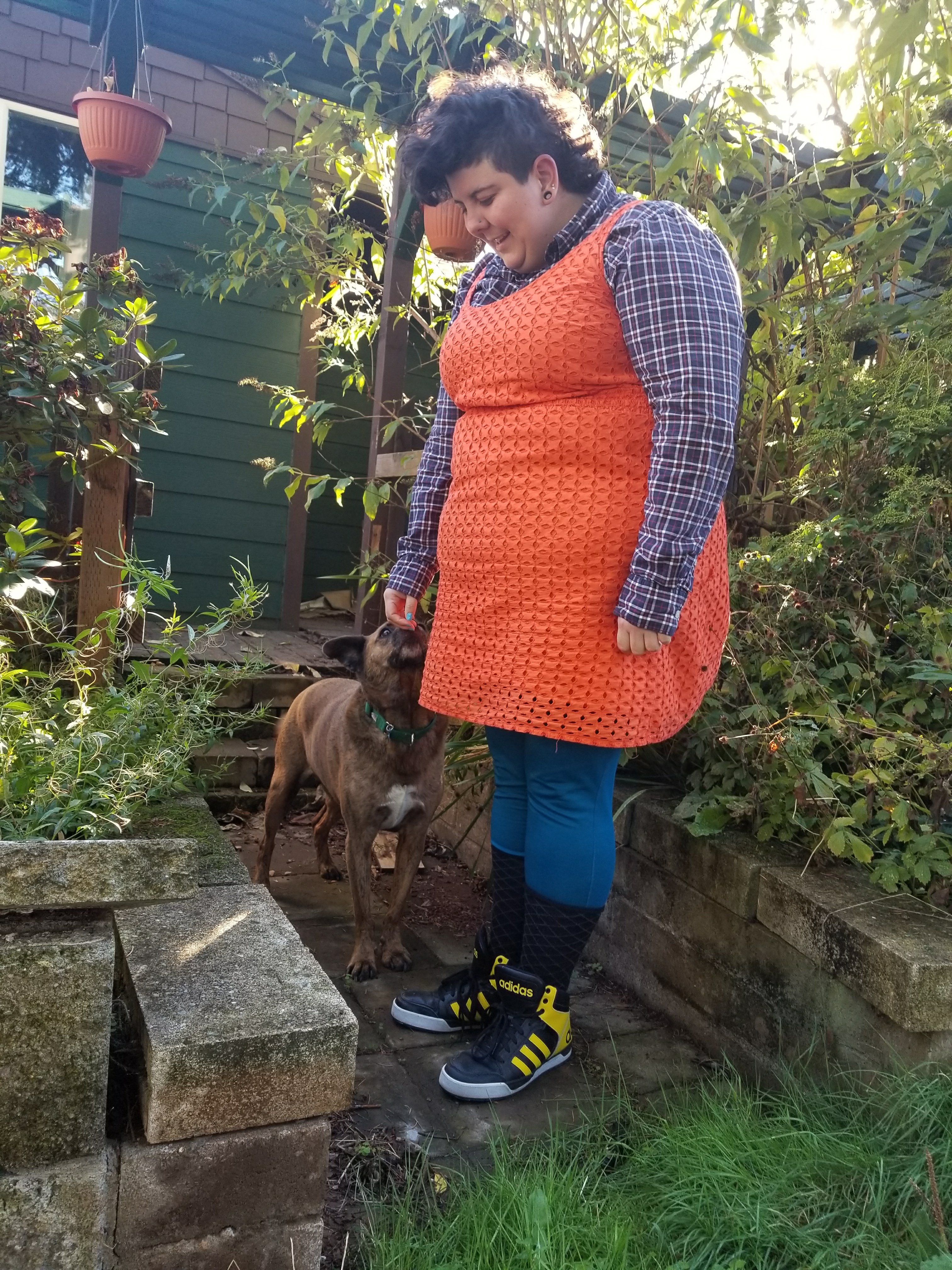 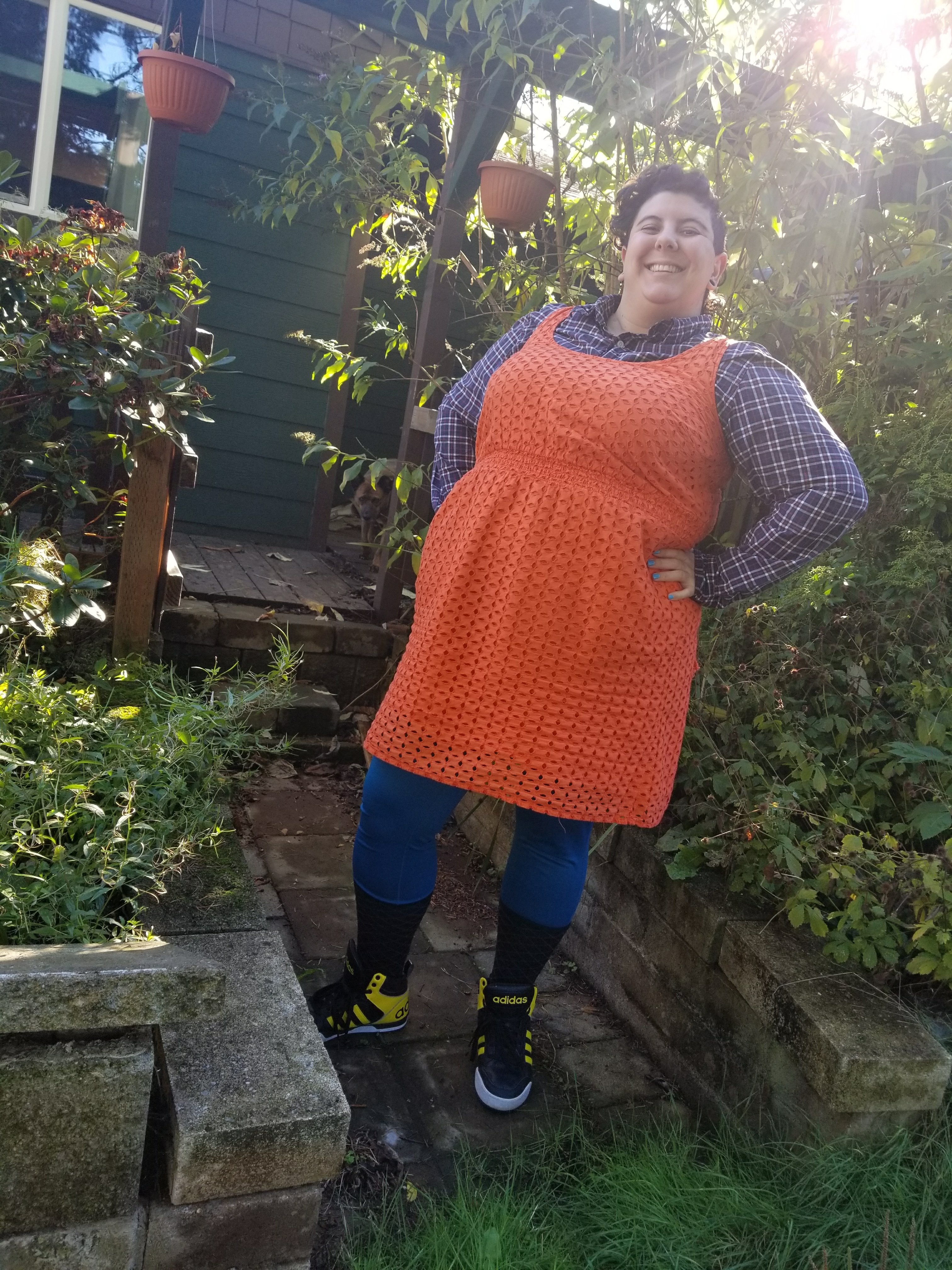 Shirt and dress are from Goodwill

Leggings are from Patagonia

Socks are from Target

Adidas are Adidas, of course.